As is clear from our site, we very regularly fly and review luxury flights onboard Singapore Airlines. SIA has adopted a 4-prong strategy to capture as many major segments of the market possible, including long haul premium (Singapore Airlines), long haul budget (Scoot), short haul premium (SilkAir) and short haul budget (Tigerair Singapore). Whilst we have seldom reviewed budget carriers (or “LCCs”), the next two instalments will take another deep look into SIA’s youngest baby, Scoot. If you want to read our initial reviews of this carrier, check out the earlier reviews here and here.

Scoot is very different from Singapore Airlines, giving you just what you pay for and no more, offering great value for most travellers. This particular flight was purchased in the “FlyBagEat” package, providing pre-ordered meals and included baggage. Seat selection fees are extra, and Scoot provides extra ‘classes in economy’ by offering three seat types: standard; super (with 25% more legroom); and stretch (with 50% more legroom). This flight was taken in “super”, located in the forward economy cabin, zoned off as “ScootInSilence”, a few rows with a 12 year-old age limit imposed. The forward positioning also makes it quieter in terms of engine noise.

In Singapore, guests can check-in and drop baggage at T2 up to 12 hours prior to the flight, before spending time in the city or exploring the incredible Changi Airport. A dedicated lane is provided for “ScootBiz”, “PerksPlus” and “First-On-Board” guests, paying the required extra fees.

Boarding commenced on time and was very speedy, as is common in Singapore. The first thing striking guests is the openness and newness of the aircraft, a stark difference from most LCCs, who operate older equipment. The 787’s artful sculpting, ambient lighting and open entrance (meaning passengers enter into an open space as opposed to a galley) really create a welcoming environment, enhanced by the warm smiles and greetings of the “Scootees” (what they call their flight attendants). The crew are trained similarly to SIA crew, yet with a more young and lively flare, and as such are wonderful. It’s all happiness and smiles, with no grumpy or scary looking crew.

What is astonishing in both the standard and super seats is the very generous legroom. Super seats offer up to 34″ pitch, 2″ more than Singapore Airlines Economy, so there is plenty of space to stretch, and makes it easier for window-bound passengers to jump over others to reach the aisle. All seats in the ScootInSilence zone also have fully adjustable headrests, compared to those in the main cabin. 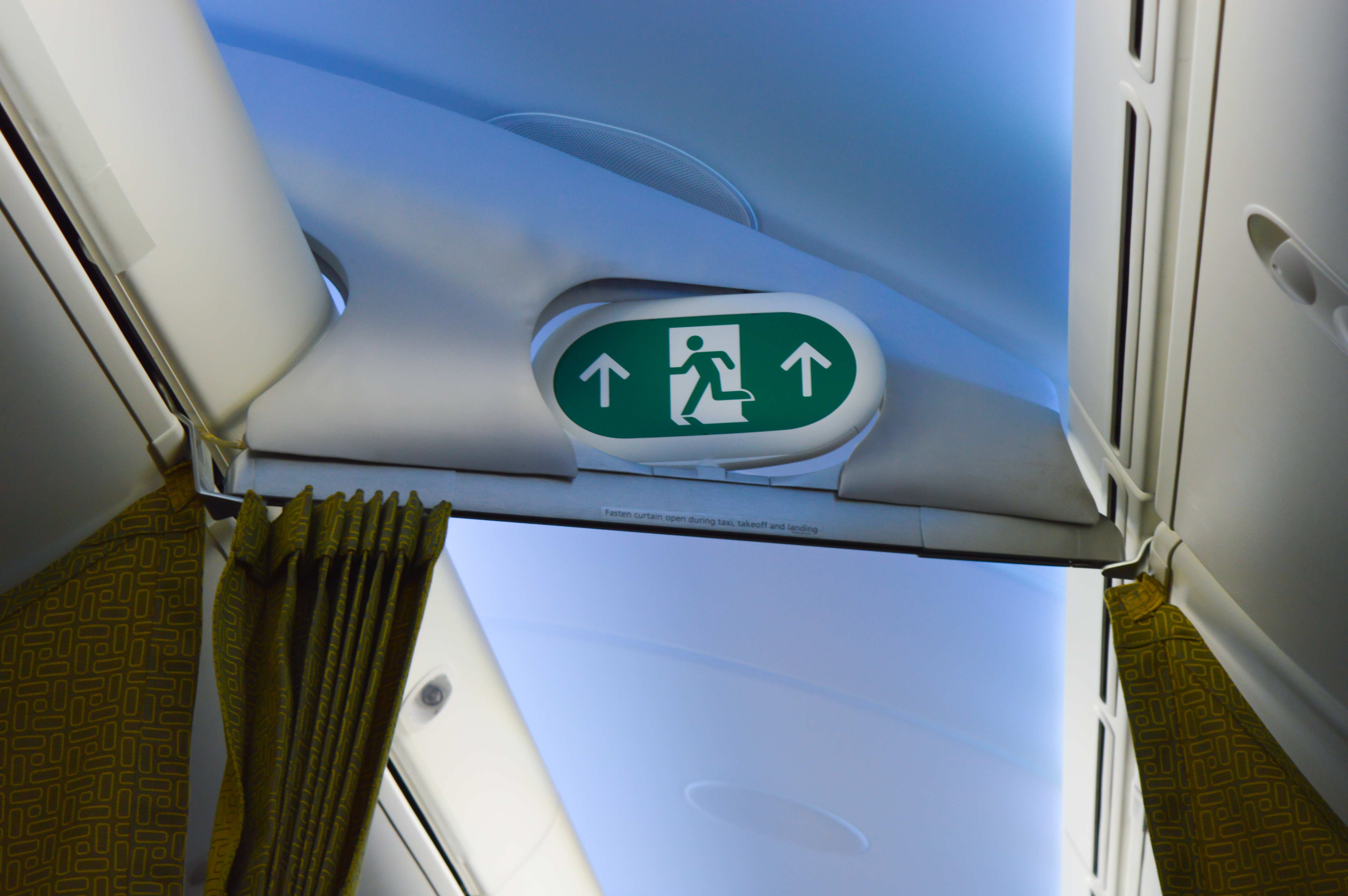 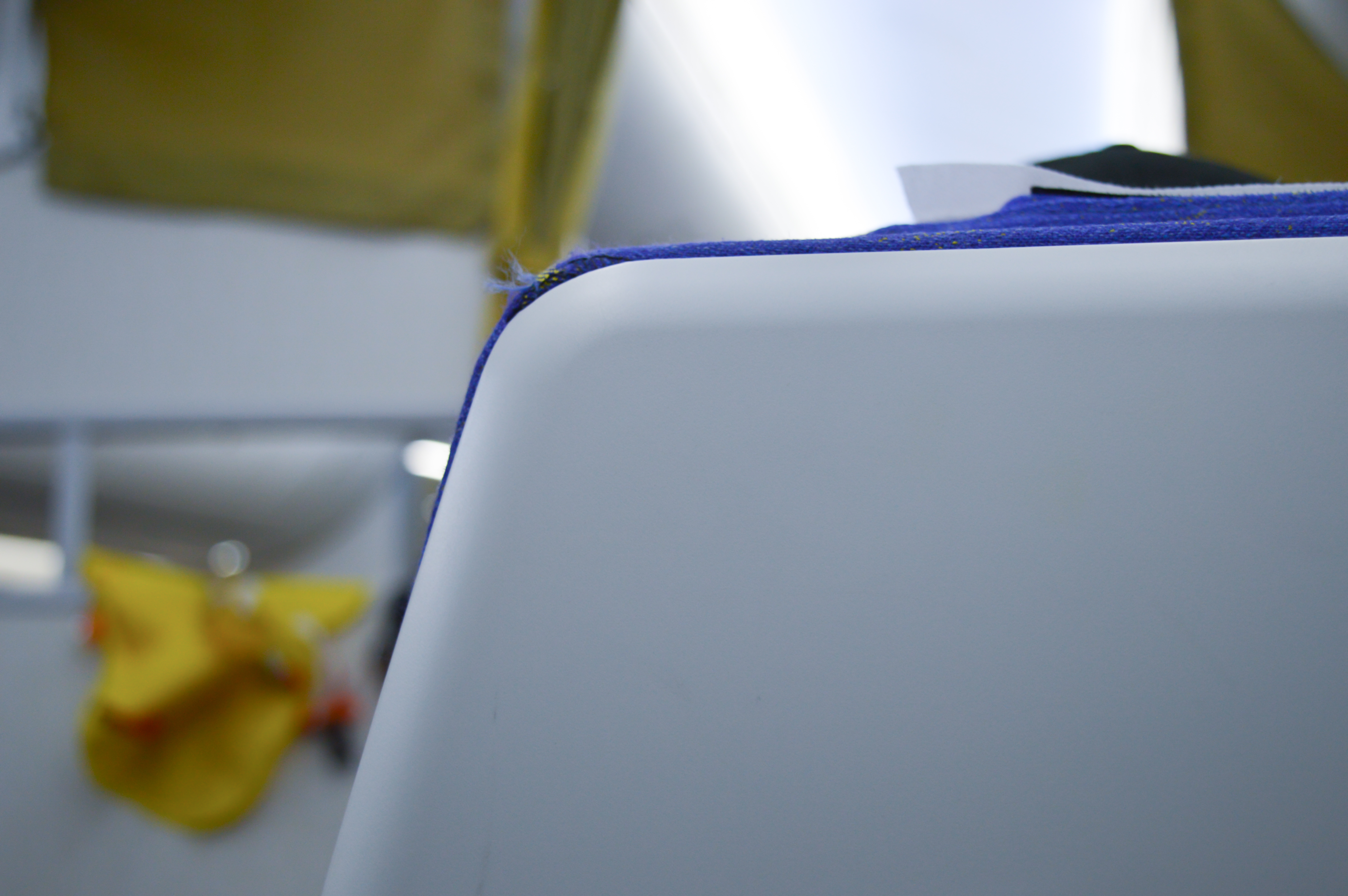 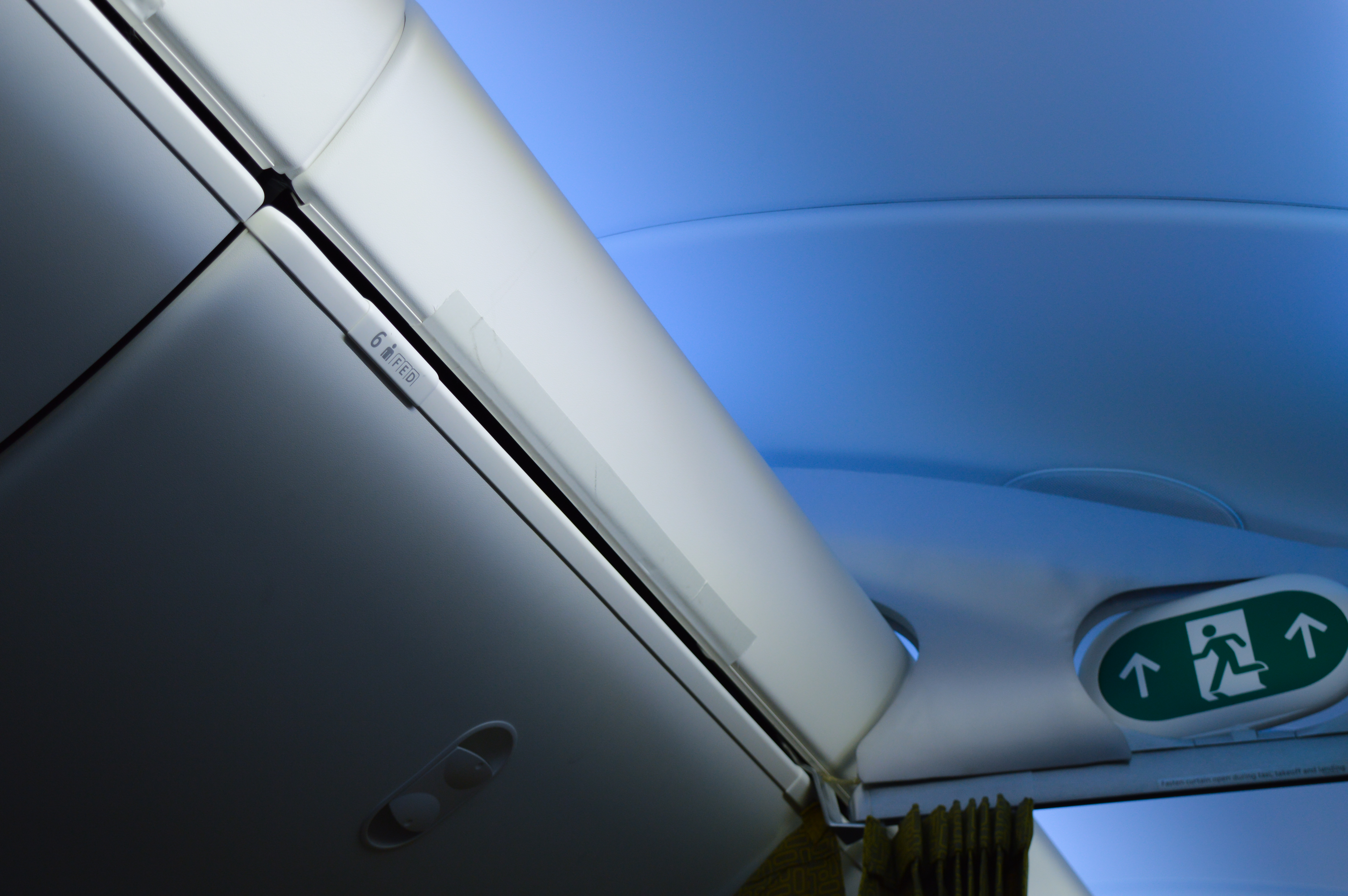 Following a timely departure and several announcements almost identically worded to Singapore Airlines, the Scootees turned on the famous “rainbow lights” for a few minutes as they passed through the cabin offering the first round from the Scoot Café. At this point, meals and drinks could be purchased, however pre-ordered selections were served later. 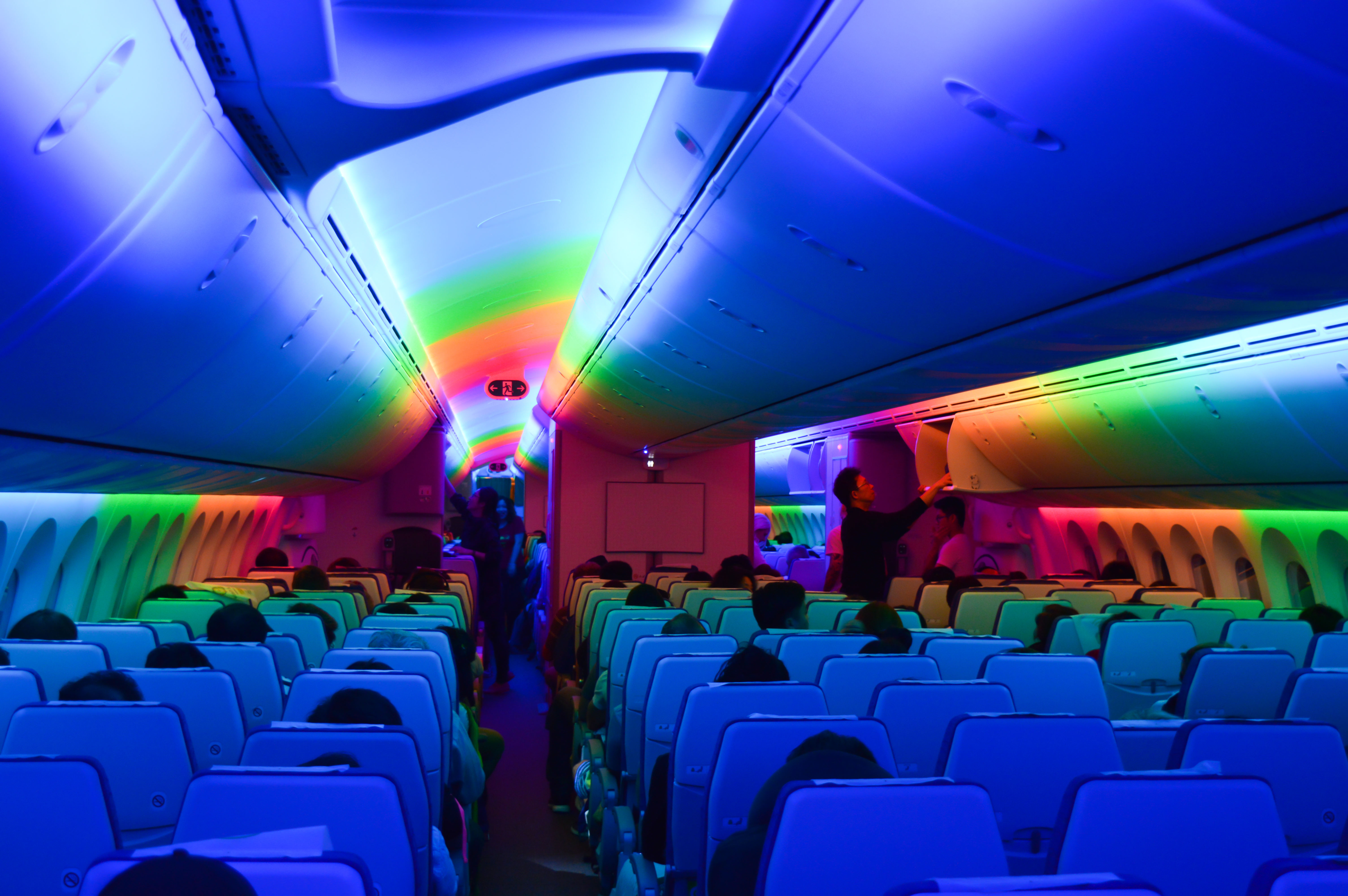 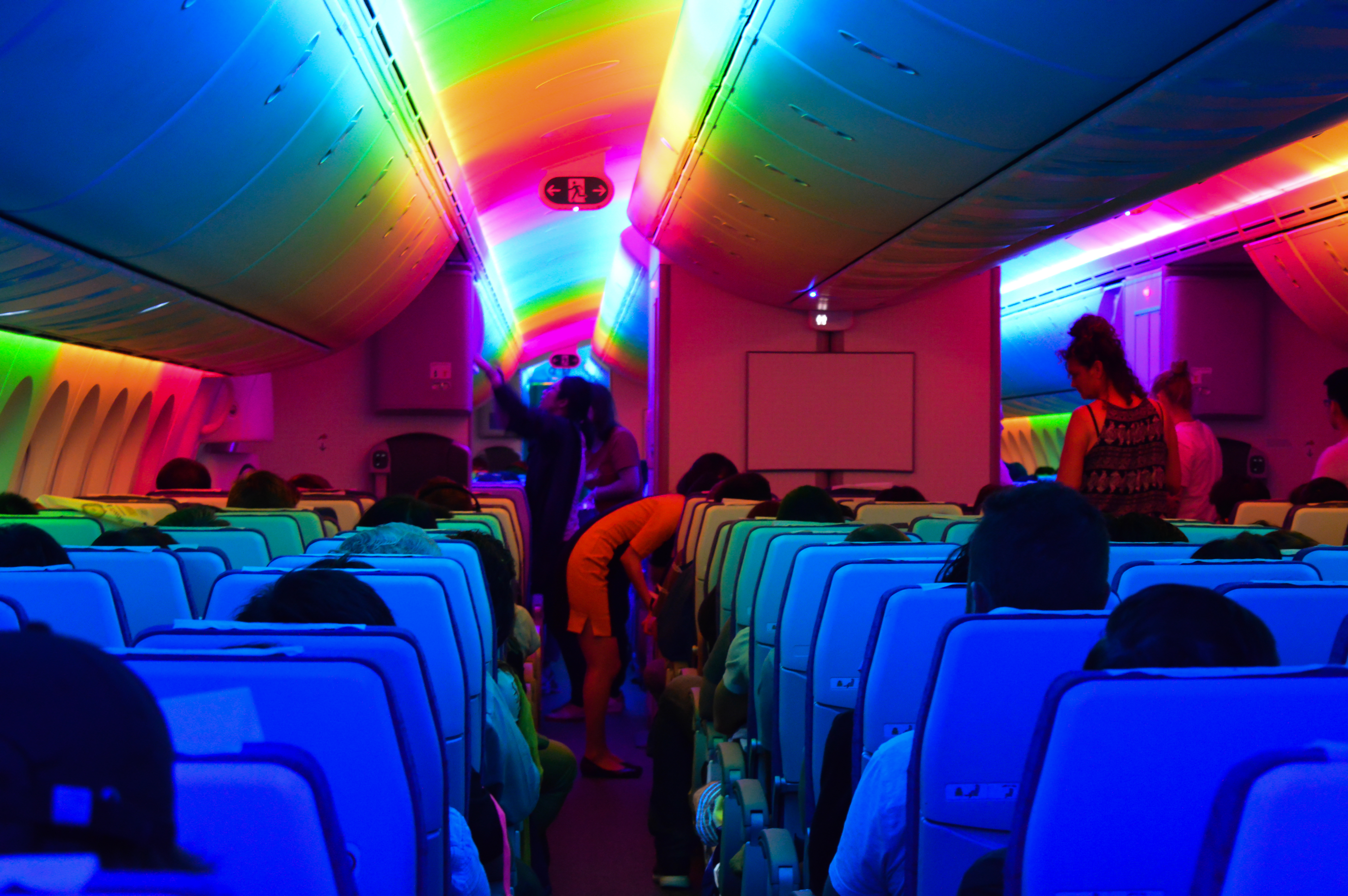 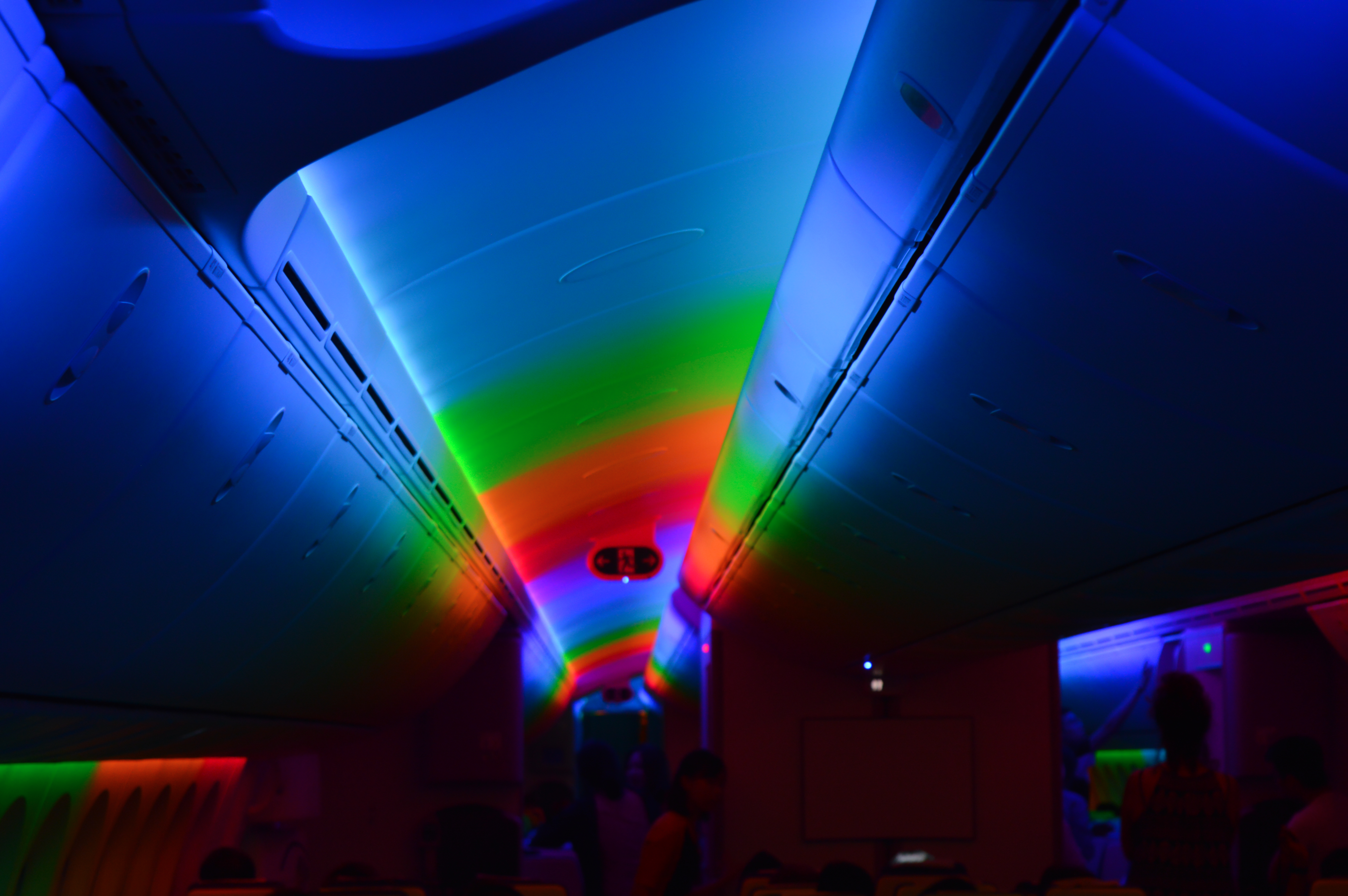 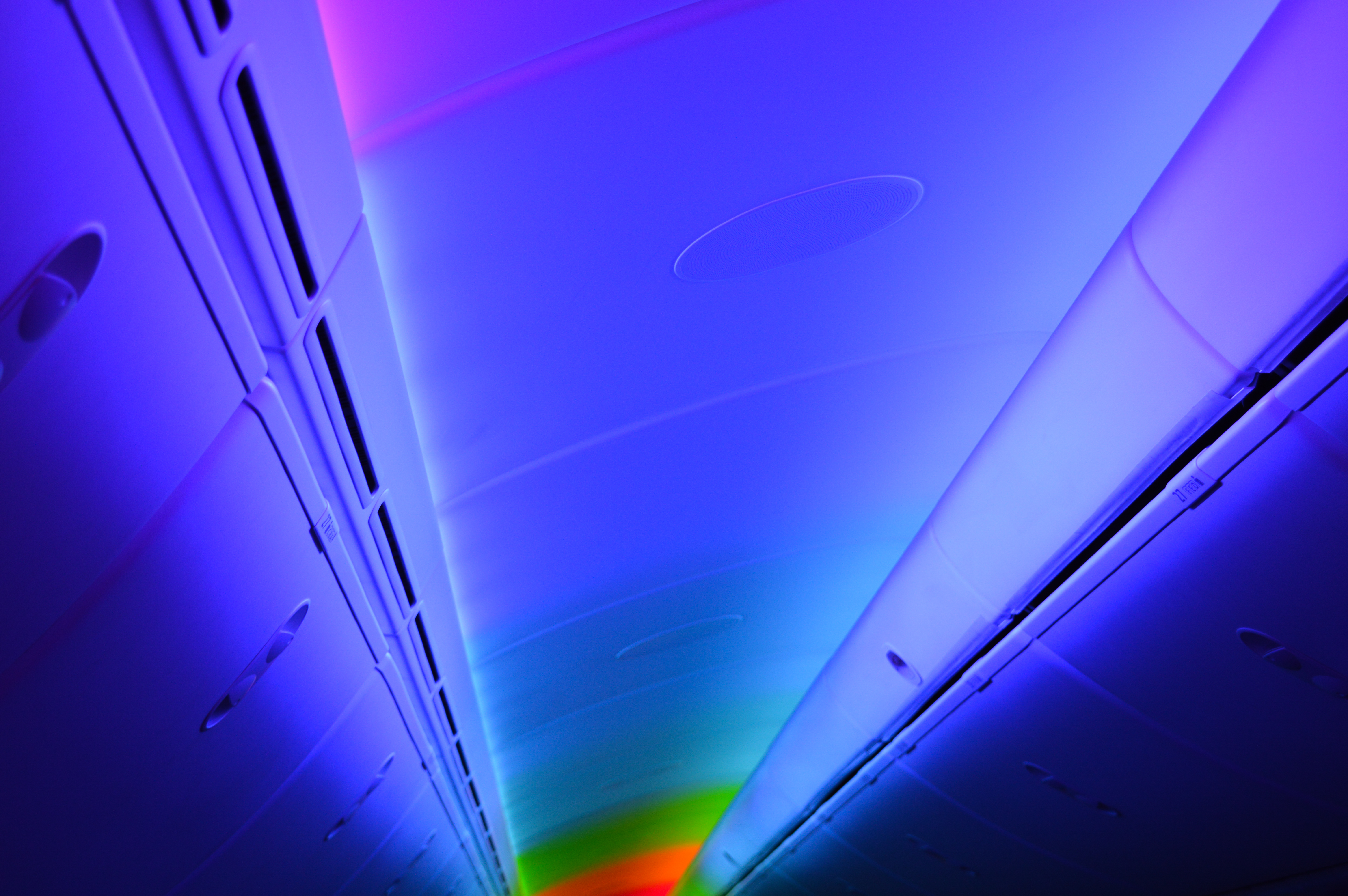 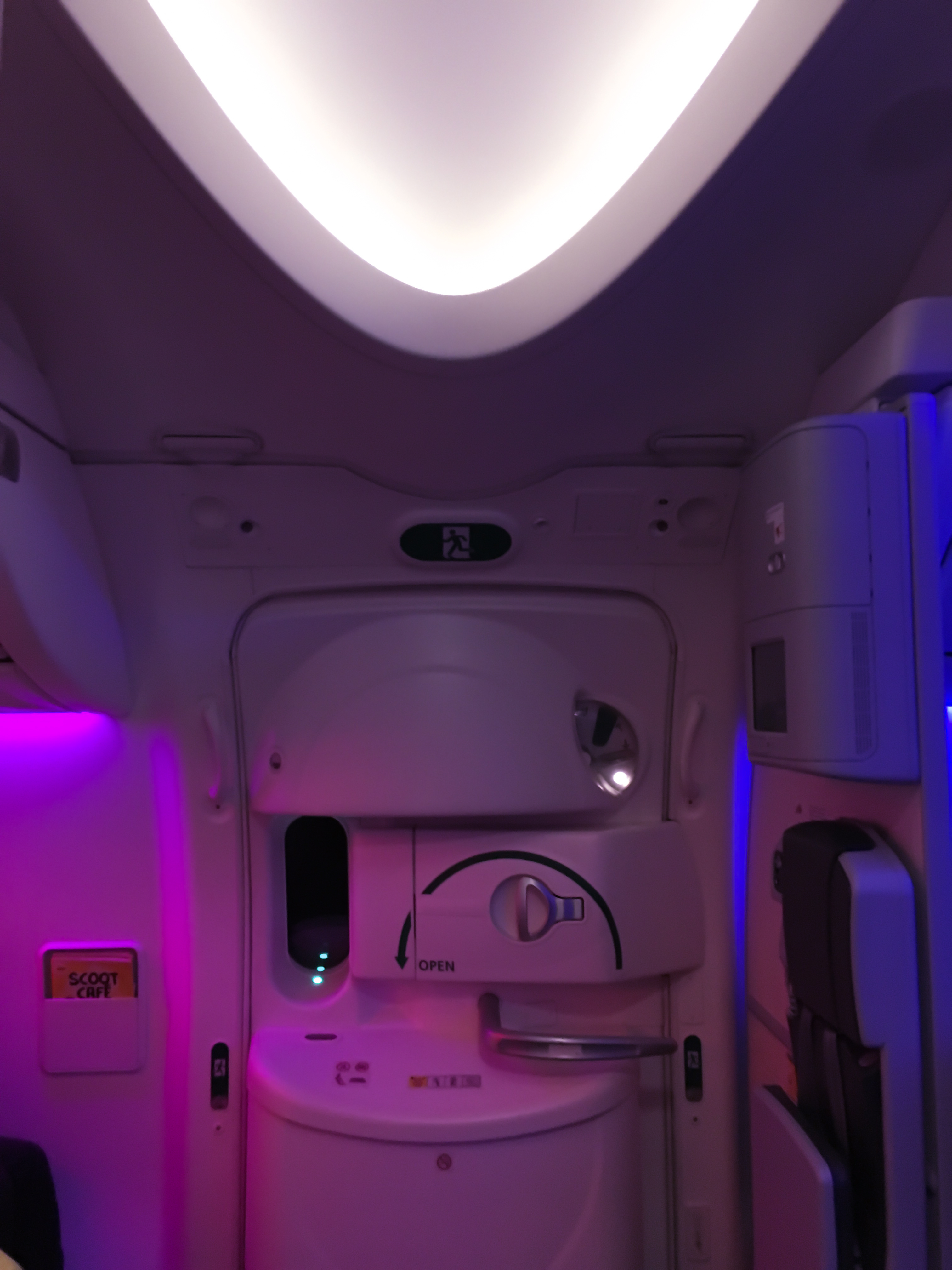 After a short while, the lights were dimmed and passengers began to get rest for the bulk of the flight.

This is a red-eye sector, and as such the aircraft flies into daybreak about halfway through, which could prove annoying to sleeping passengers. Thanks to the 787’s dimmable windows, though, as daytime approached, the crew could easily dim the windows to keep the cabin light desirable. The sunrise, in fact, occurs on the left side of the aircraft, so the Scootees had completely dimmed that side whilst slightly dimming the right side. All in the details!

About 2.5 hours prior to arrival, the cabin lights turned on and eventually the meal and café service commenced. As part of the FlyBagEat package, meals had been pre-selected online, however this is where Scoot began to disappoint. For a start, the original meal choice was not delivered, as all the provided options seem to have changed since the original reservation. That was acceptable. The package also includes a drink, but what it fails to mention is that passengers are offered just TWO DRINK CHOICES, both of which are ULTRA-HIGH-SUGAR: A sweet, green iced tea; and Coca Cola. Fair enough for an afternoon or evening flight. But for a meal served at 9:00am??? Absolutely unacceptable. When asking the Scootees if simple water was an option, they responded saying that these were the only two choices. How can an they not offer a basic human need, something cheaper than a soft drink? Clearly there is some strong corporate partnership between those soft-drink manufacturers and the airline, limiting the options they choose to provide. It is absurd that simple water, tea or coffee can not be offered as part of the included meal package. Despite having a generally positive overall experience, this really put a damper on the Scoot experience, and is certainly something Scoot needs to re-evaluate. 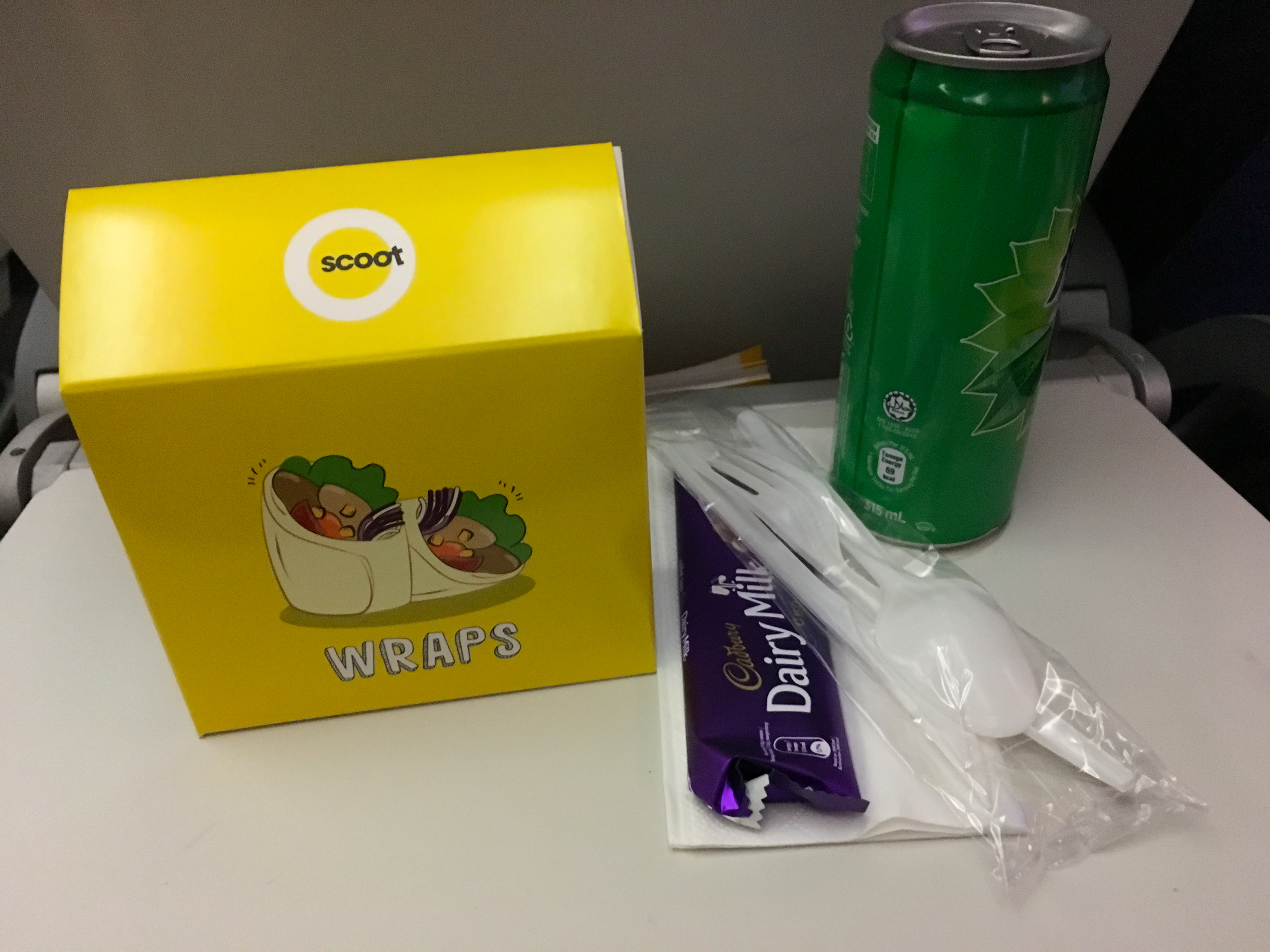 Other than this, after wrapping up service, there was about 1 hour prior to landing, and all the usual checks and tidying up occurred, before an early landing in Sydney.

Scoot has done well in terms of service, seat comfort, aircraft environment and timeliness, but has really failed in the food and beverage department. By fixing this, they’re easily on track to becoming one of the greatest LCCs in the world.

Special thanks to the Scoot Media Team for arranging permission for the onboard photography for this review!