May 1st arrived and before heading to bed, was happy to note that Scoot’s newest baby, christened “The Future is Yellow” (Tail: 9V-OFE) was scheduled for her first revenue flight to Melbourne, Australia! Yes, this bright bundle of joyful yellow was just delivered to Scoot from Boeing’s factory in Seattle, hot from the oven. Like a proud parent, I was eagerly looking forward to spending precious moments with this new bundle of joy. 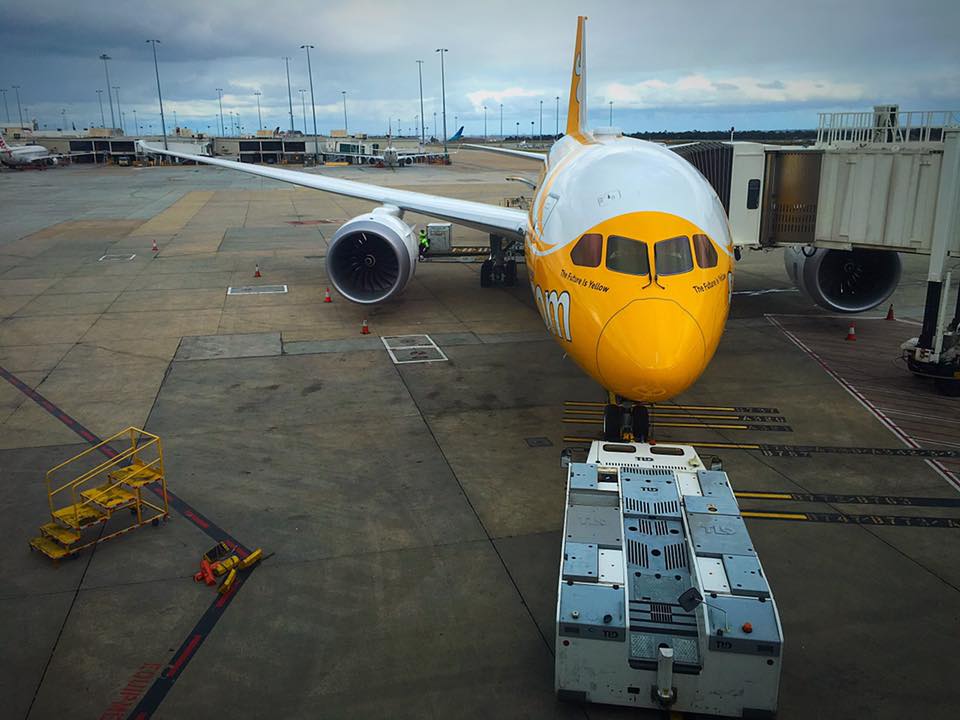 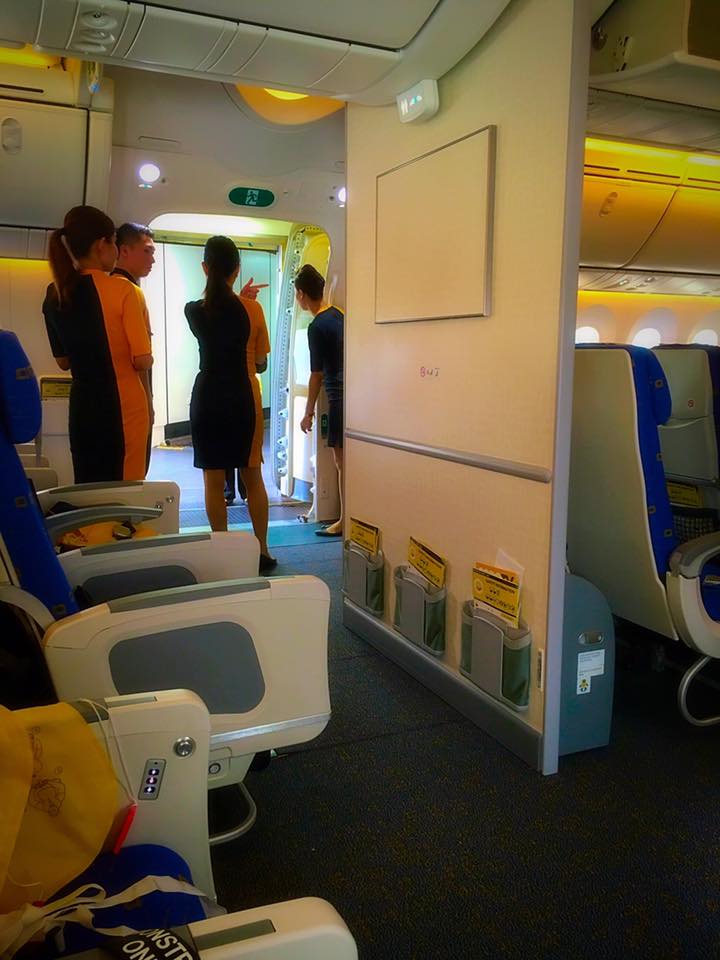 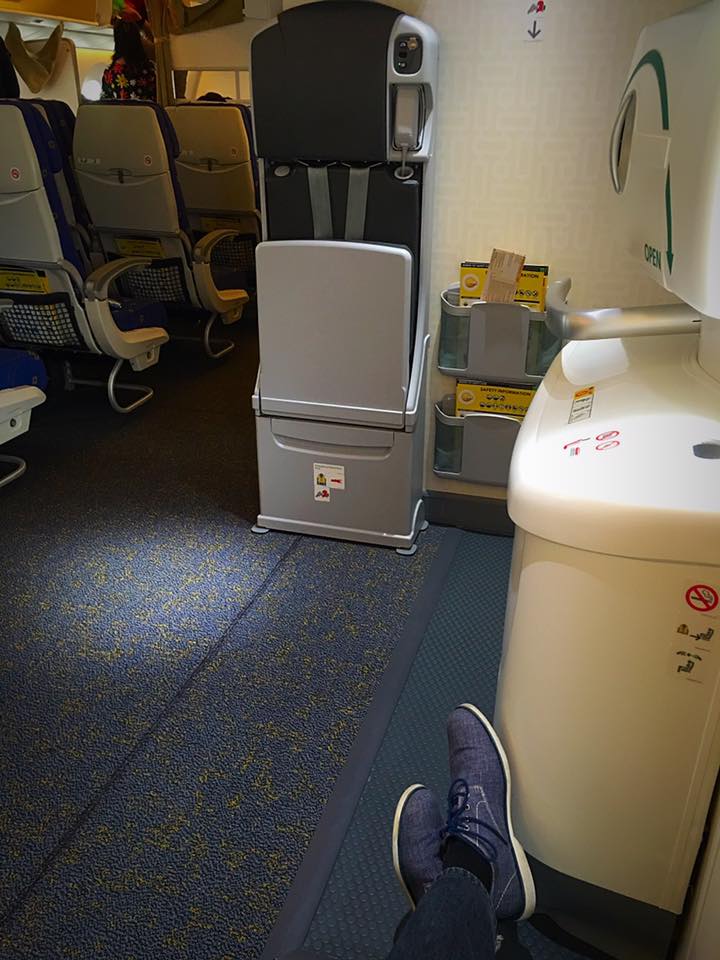 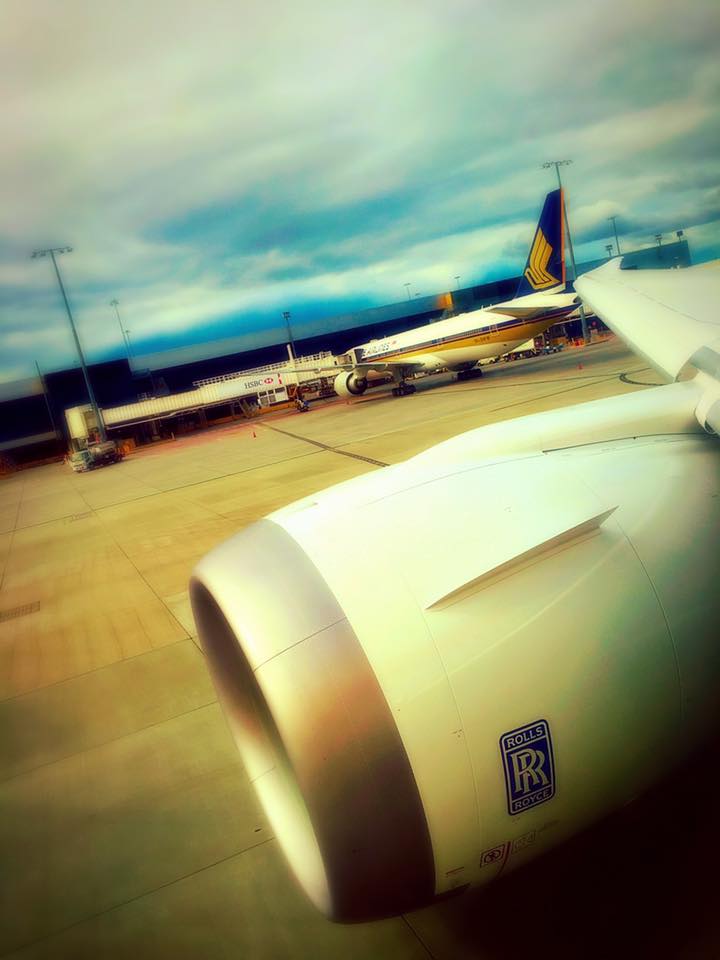 “The Future is Yellow”, TZ 25 pushed back from Melbourne’s Tullamarine Airport on-schedule. Taking off to the skies, Scoot’s yellow airframe positioned itself north-westerly towards Singapore. It was to be a 7 hour and 45 minute flight, bound for the tropical island, a degree north of the equator. 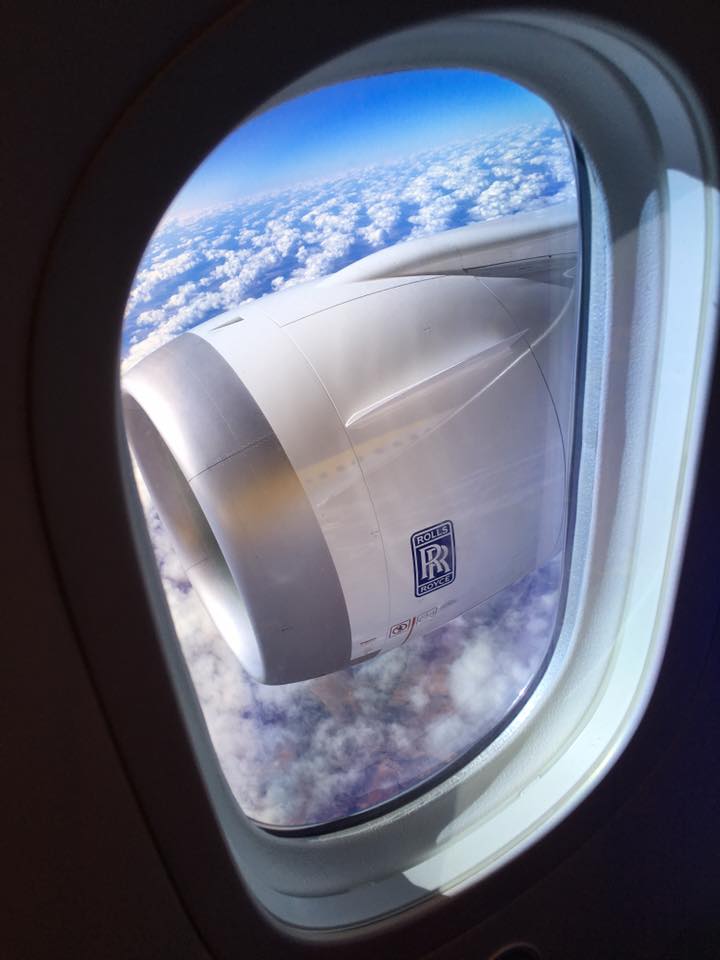 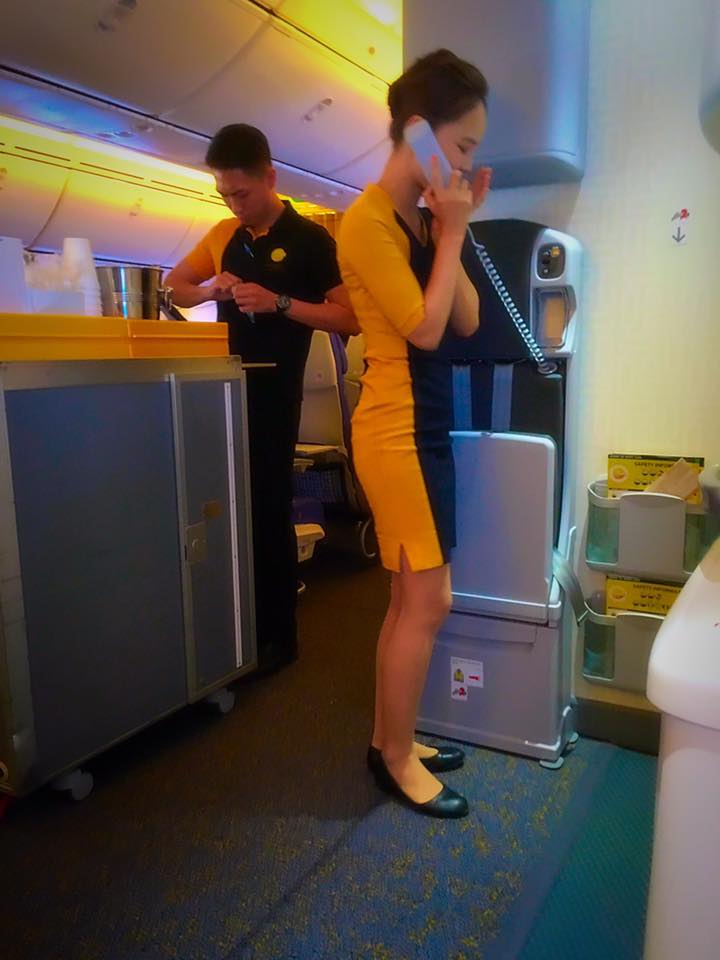 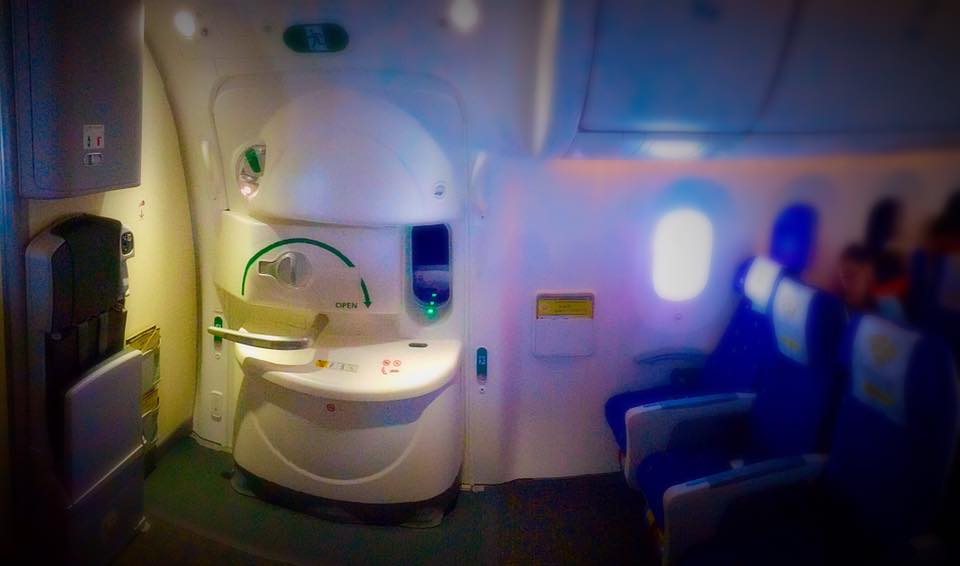 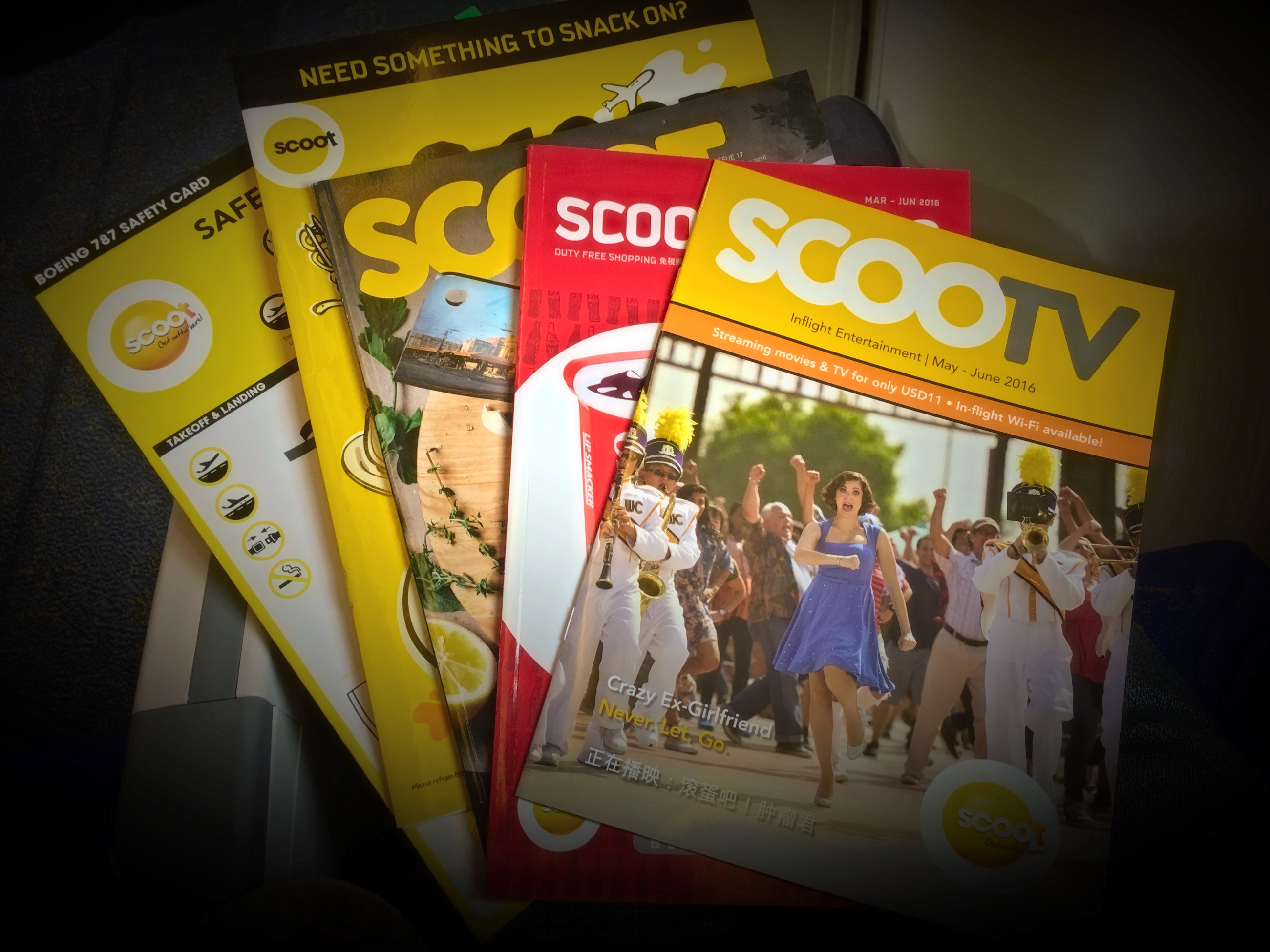 Seated at 10K, I had legroom to S-T-R-E-T-C-H out. This was pure luxury for any flight, budget or premium. Service soon commenced. With no one else seated beside me, I was in full command of the automatic “dimmers” (i.e. window shades) taming that bright afternoon sun. Being the simple-man that I am, I was happily contented with the priceless “entertainment”. 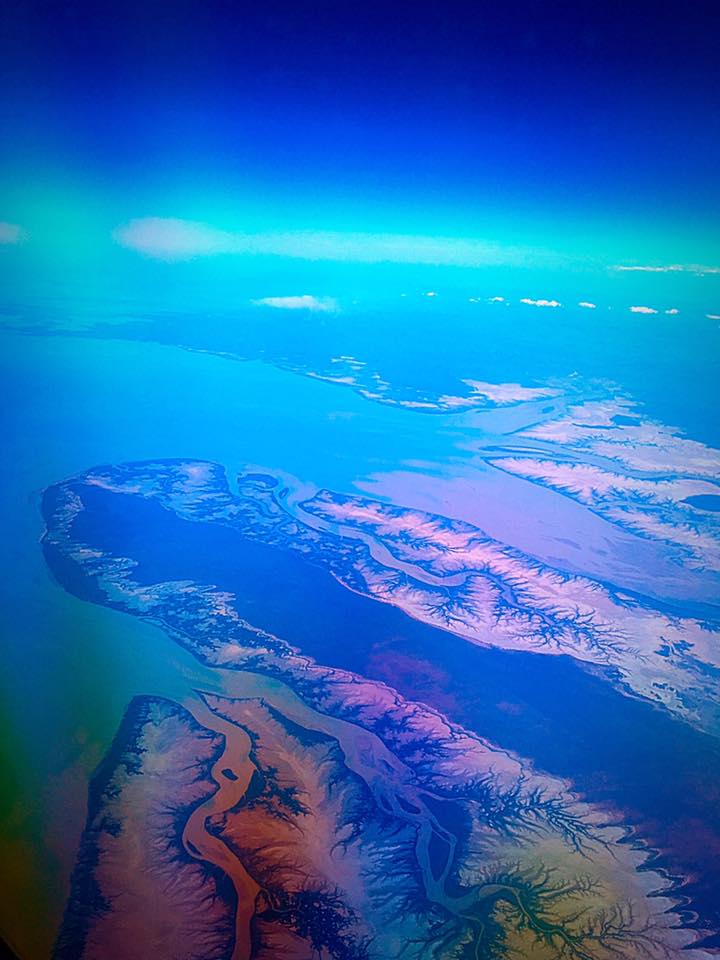 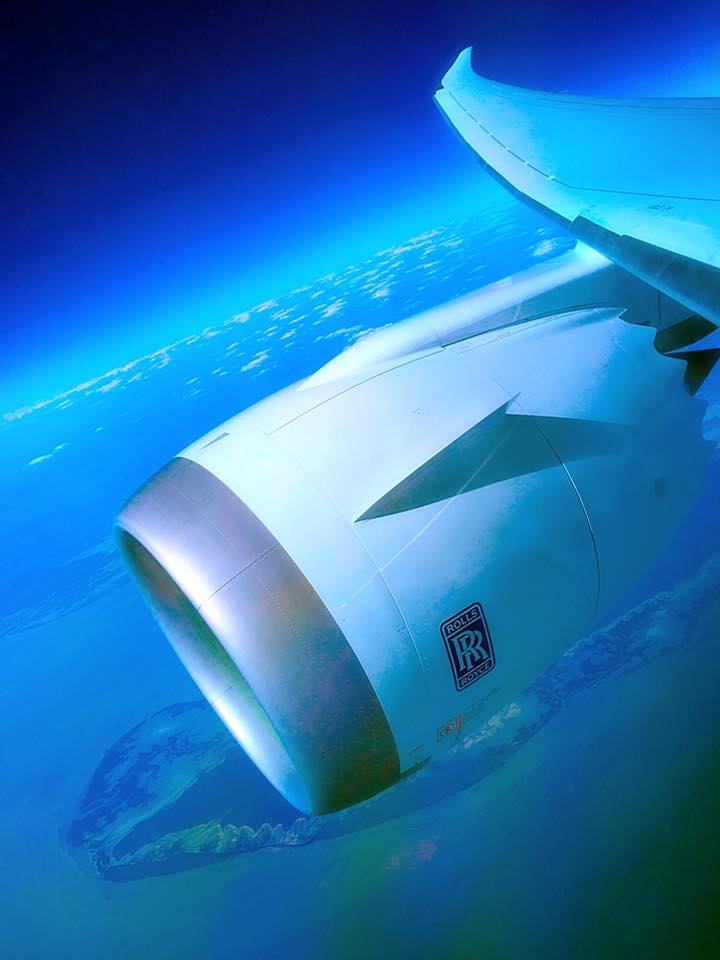 Seated by the window, I gazed out into the horizon. It was indeed a birds eye view from 40,000 feet.

Being a fellow-“kingsmen” in the aviation industry, I usually would, at some point inflight, engage with service crew. Afterall, the service crew are your best-buds and part of the extended “family” for that duration of flight. Exploding with much “Scootitude”, the crew do engage with much zest  and enthusiasm! Here are photos of Scoot’s wonderful team. My flights in both directions were without doubt a wonderful experience! 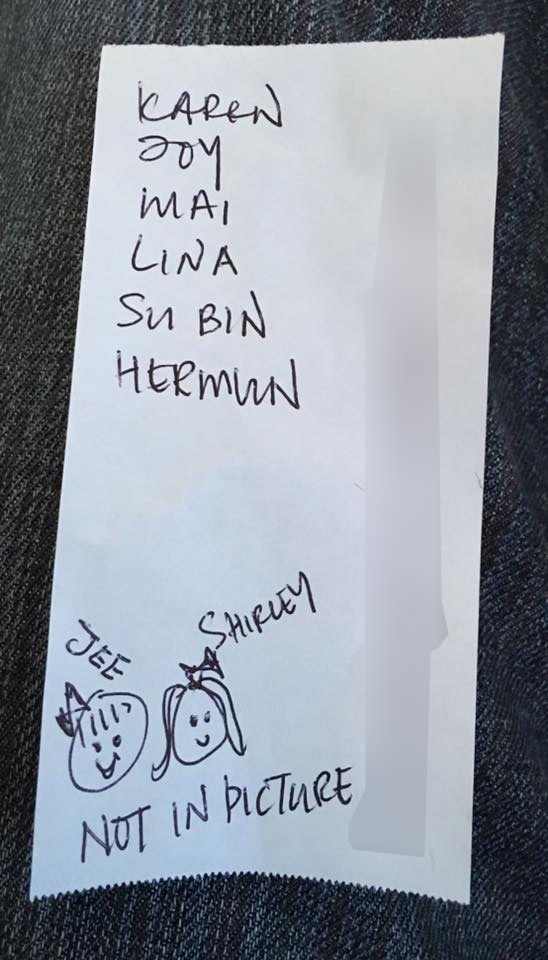 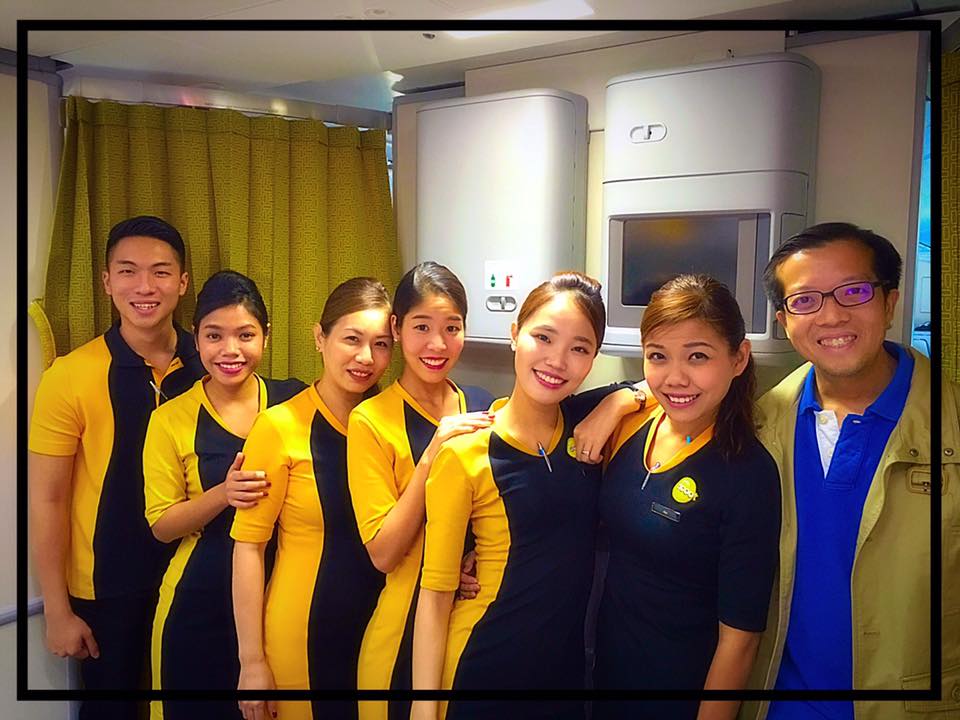 35 minutes prior to arrival, the pilot-in-command came on the public announcement system. Singapore’s Air Traffic Control placed us in a holding pattern into Singapore, as the arrival course changed due to wind conditions. It was also peak hour traffic with flights coming in from Europe, Australiasia and the Asia Pacific region. 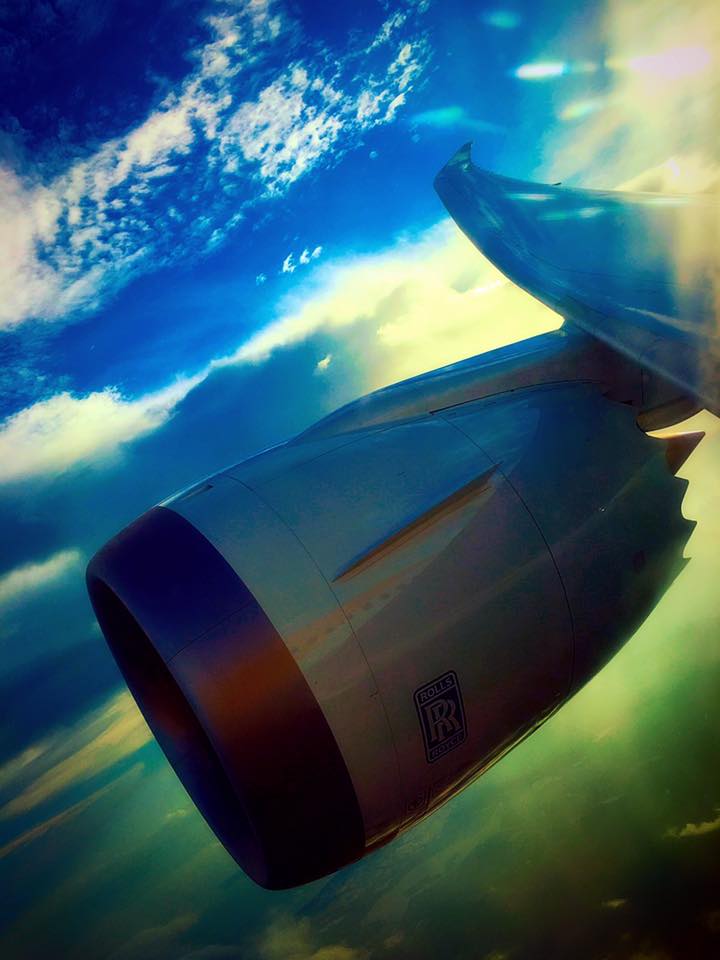 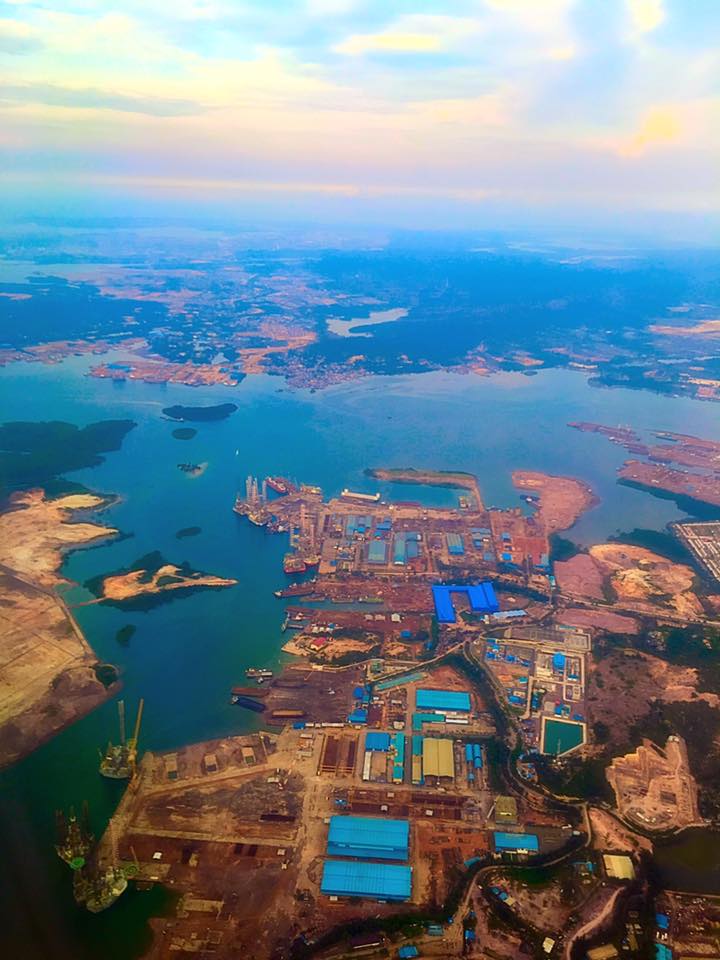 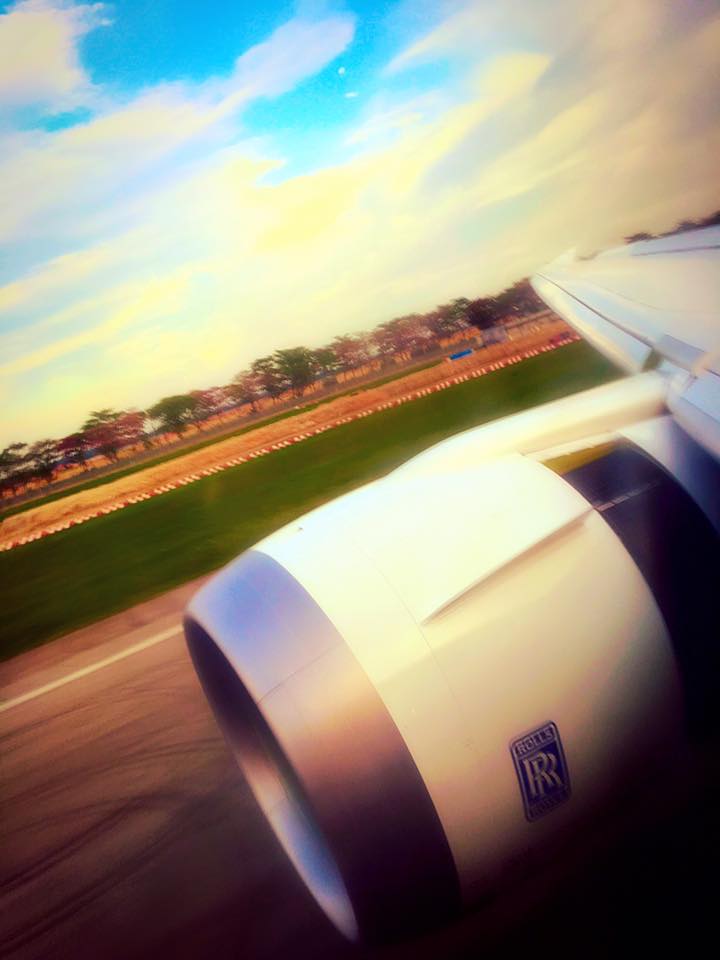 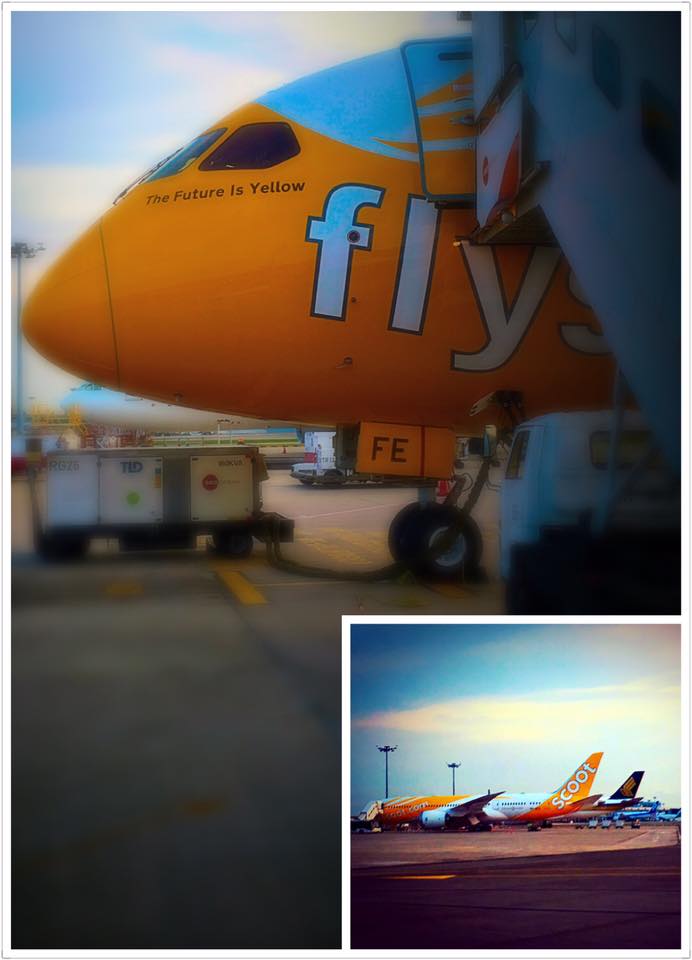 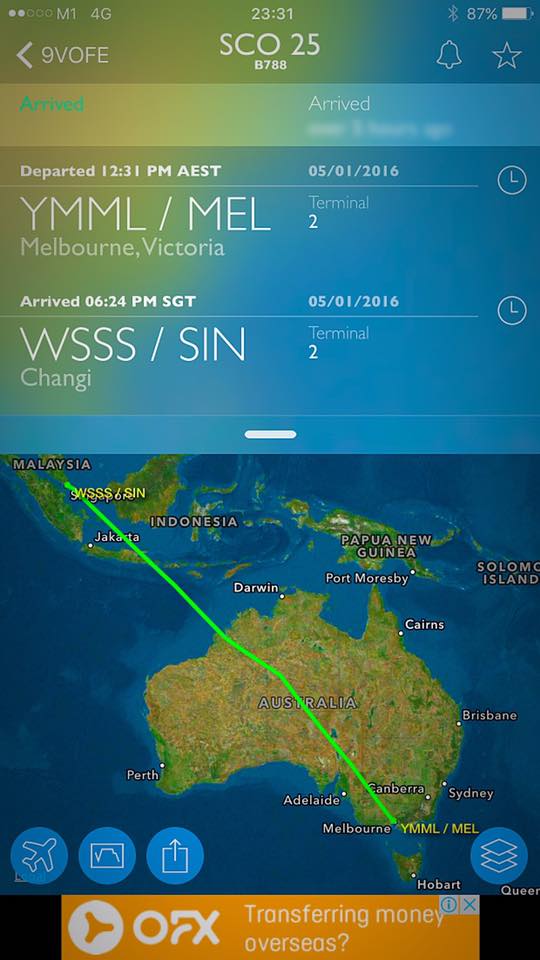 With the compliments of SATS (Singapore Airport Terminal Services), passengers started to disembark via a flight of stairs. My feet made a connection with the “holy grounds” of the airport tarmac. With Scoot’s Boeing 787-800 up-close, right in-front of me. I wasted no time and quickly turned around to snap a few more photos of the majestic beauty.

In less than five minutes, the bus shuttle moved out, towards Singapore’s Terminal Two. Holidays came to a sweet end as soon as the bus stopped, its doors swinging wide open for passengers to alight and enter the main terminal building.

Take a look at the inbound journey (Singapore – Melbourne) here.

As a child, family outings to Singapore’s Changi Airport or the East Coast Park to “plane-watch” were always a delight. In the 1980s, with only one Terminal at Changi (compared to the present three terminals), my special place was Changi Airport’s viewing gallery. For it was here that one could appreciate the then largest ‘ship of the skies’, the Boeing 747, with its rival, the then largest wide-bodied Airbus 300, docked nearby. I have to say I identified quite closely with George Clooney in the movie “Up In The Air”. Not entirely of course, since I neither pick up gorgeous chicks at the Airport Lounge, nor do I have his Hollywood-like fame. I do however have 2% of his “10 million air-miles” – the only difference is mine’s Krisflyer; and his would be Hollywood- sponsored.