Today, Singapore Airlines will finally reveal their new cabin products, after much anticipation. In the last few days, we’ve seen leaked images of mock-ups of the new Suites. 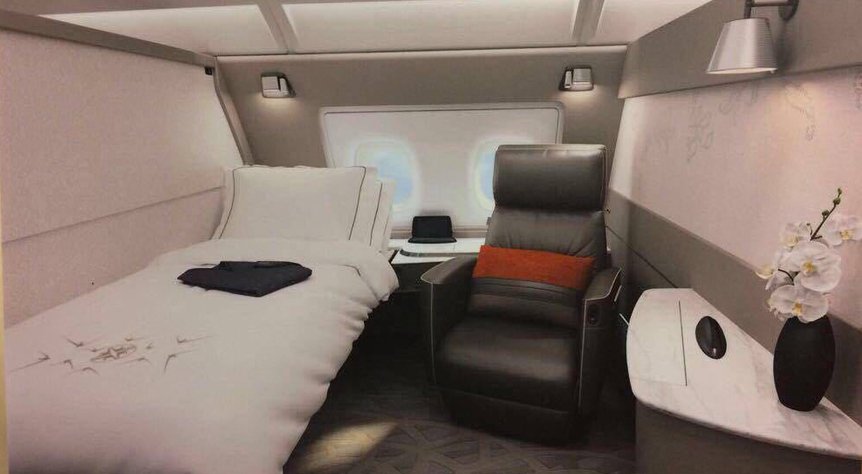 These were reaffirmed by the leaked A380 seat map:

Now, at the beginning of the year, the airline was featured in a National Geographic documentary, “Inside Singapore Airlines” which shows all the inner workings of SIA. Towards the end of the documentary, there was a 1-2 second shot of a seat map. When I first saw this, it seemed off, as the Business Class seats were laid out in a different way to the current configuration (namely, in the centre seats, the consoles were depicted on the outer side, rather than the inner side). Further, there are no aircraft in the fleet that feature two rows of Business Class behind a bulkhead at the rear. See the match? Given how secretive SIA are, it’s a surprise they permitted NatGeo to show this, even if it were for just a couple of seconds. A few hours from now, all will be revealed…