After three rather disappointing Qatar A330 flights (Hong Kong – Doha – Milan – Doha), I was ready to be impressed by the airline’s highly touted 787-8 Dreamliner. 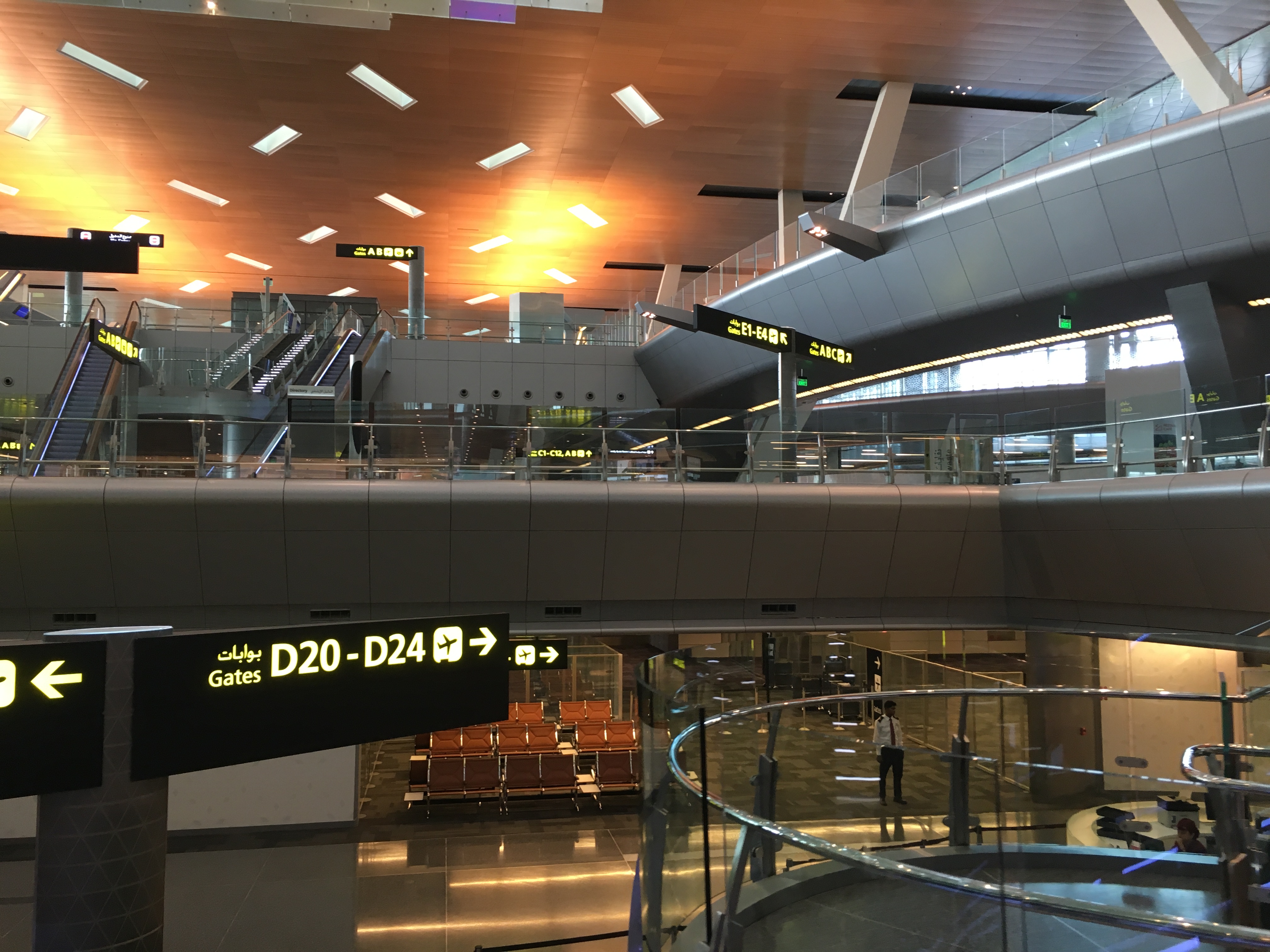 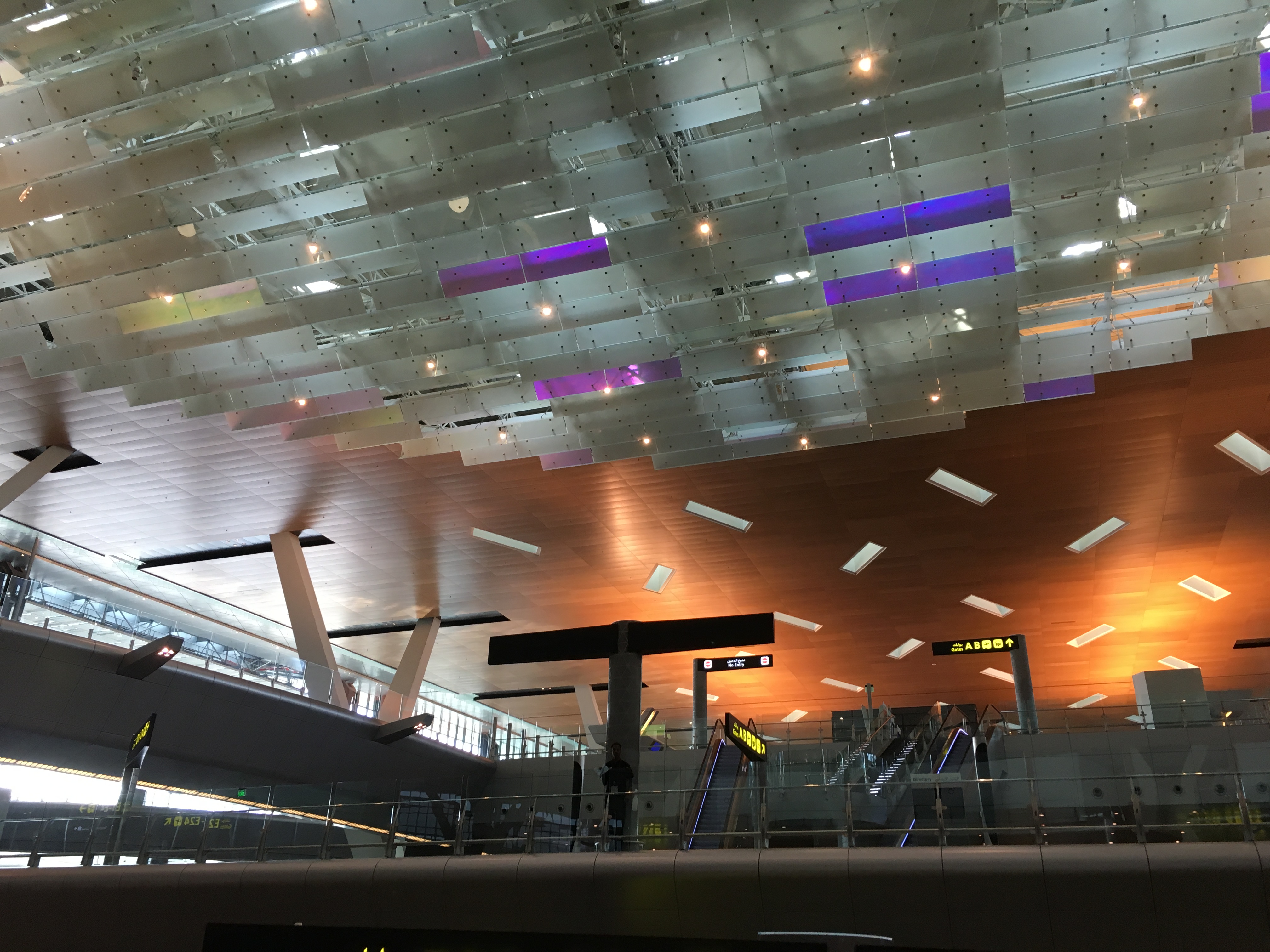 Hamad International is admittedly one of the most modern and beautiful airports I have been to, primarily because of how brand new it is

This morning’s flight departed from a remote stand, and as such the boarding gate was at the furthest end of the airport and resembled a Low Cost Carrier terminal.

Boarding commenced on time but was very slow, as passengers were taken by bus to the aircraft. Again I’ll point out the strangest thing that Qatar does. Only Economy Class passengers are permitted to board at the start (after OneWorld Sapphire and Emerald), whilst Business Class guests are forced to wait until a later time. I can not for the life of me figure out why this system exists, but it seems to apply to all Qatar flights leaving Doha, but not from other ports.

After an extraordinarily long bus ride across the tarmac, with a long wait for other aircraft to start up and leave, we finally reached the aircraft and boarded via the rear-most doors. 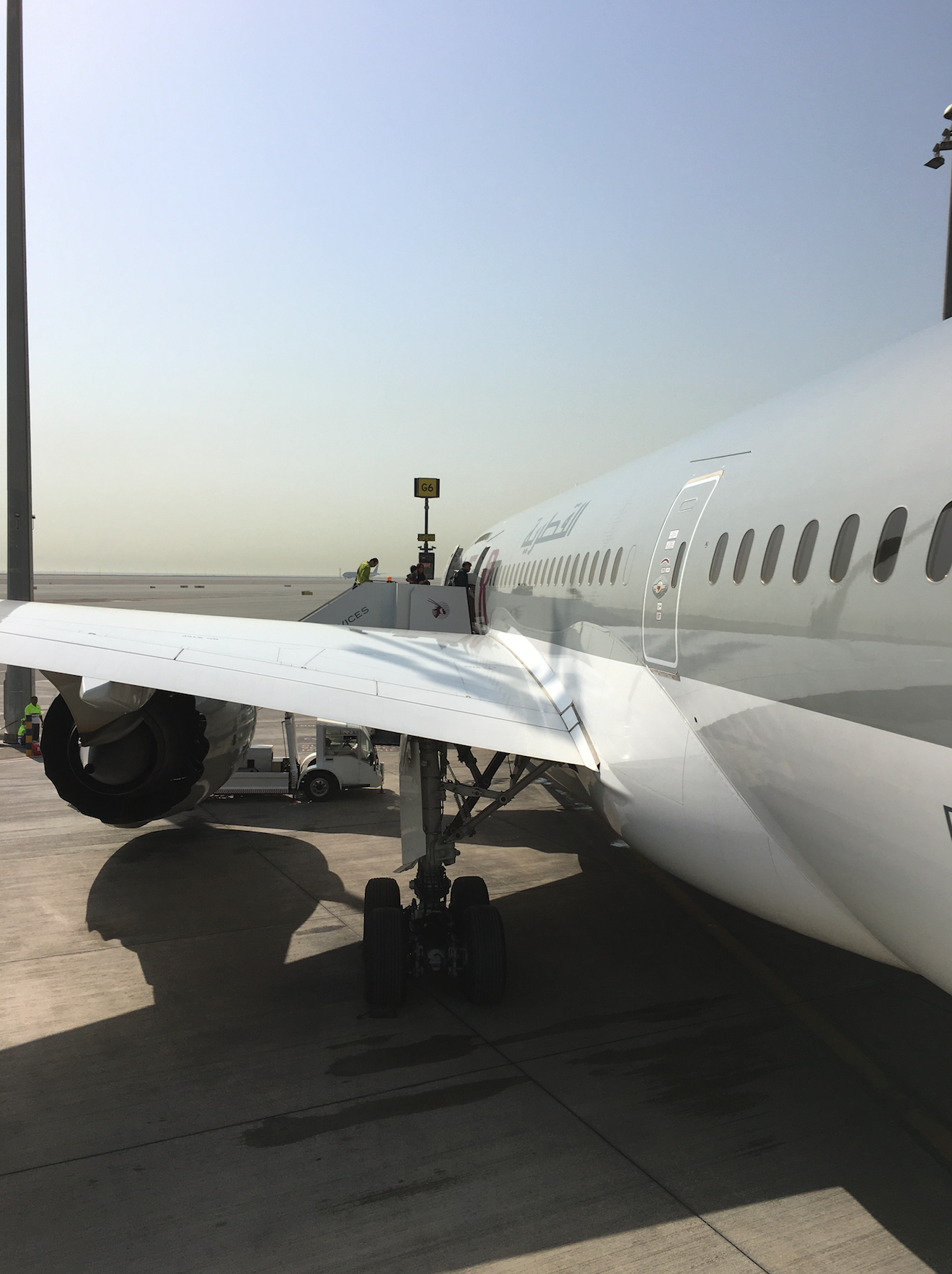 Boarding the aircraft felt really strange, as in Economy Class, all the aircraft windows are set to the most dim setting (with the 787’s electric features), whilst they were fully open and bright in Business. I still don’t understand why they make an extra effort to make Economy more dull and gloomy. 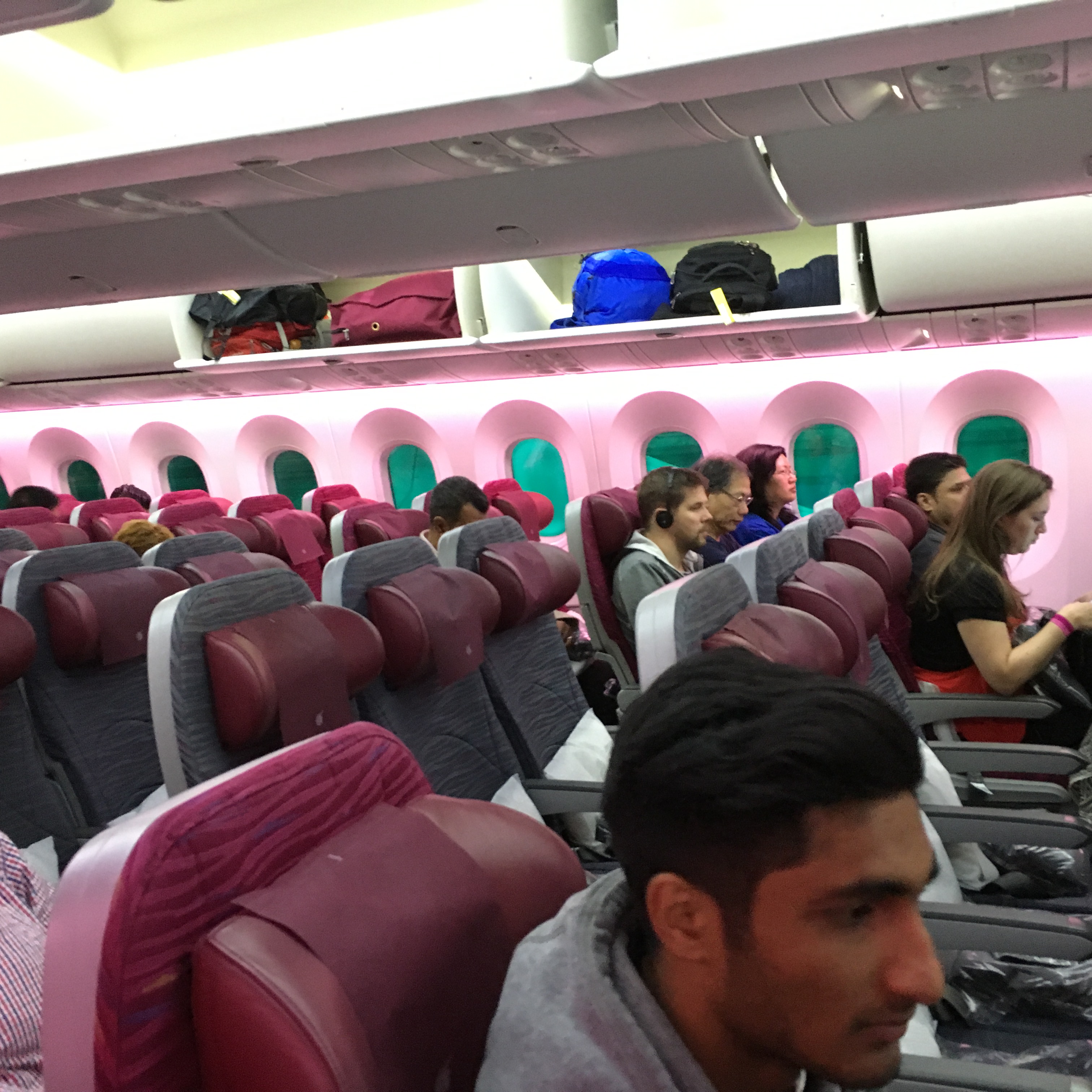 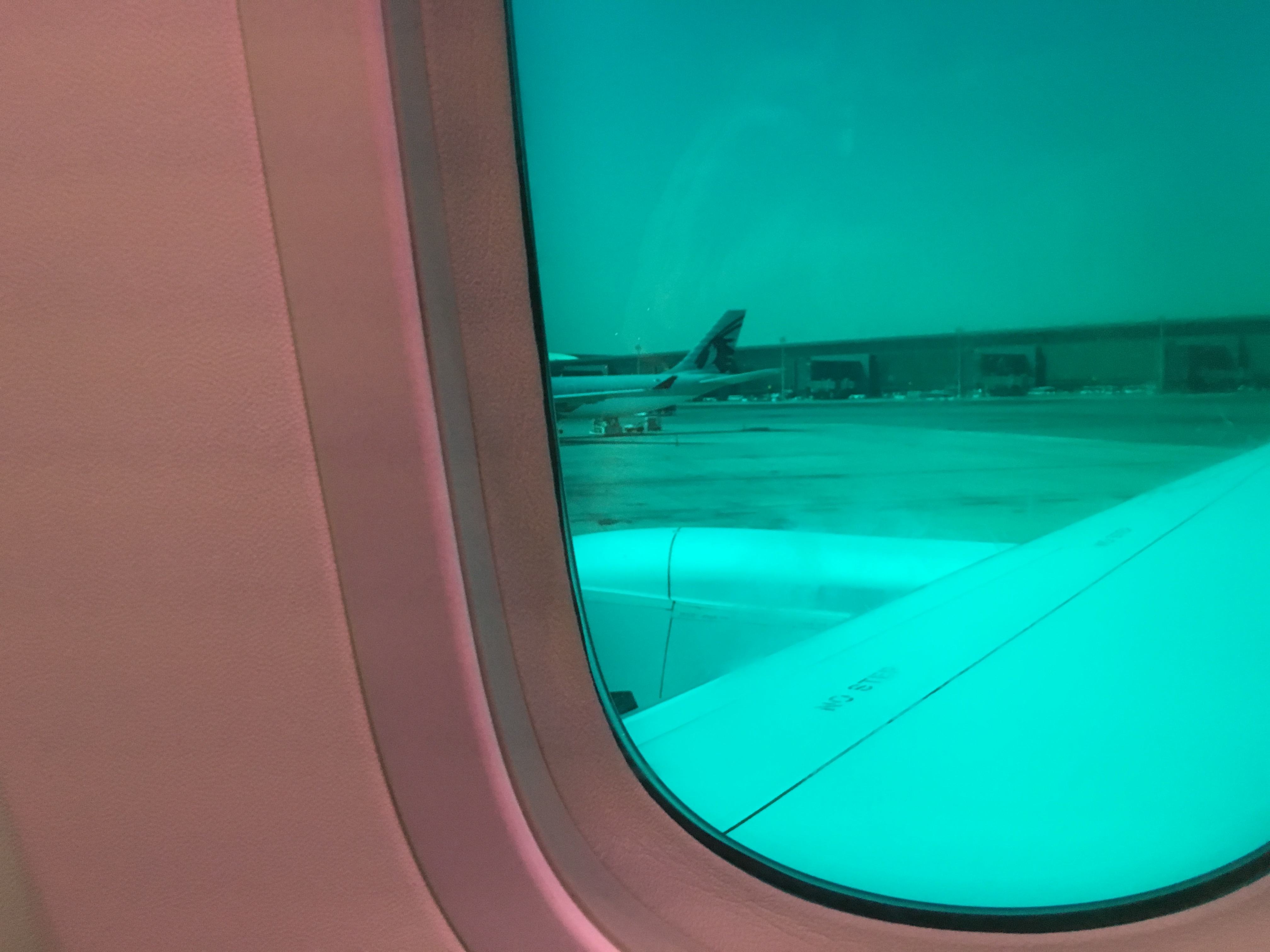 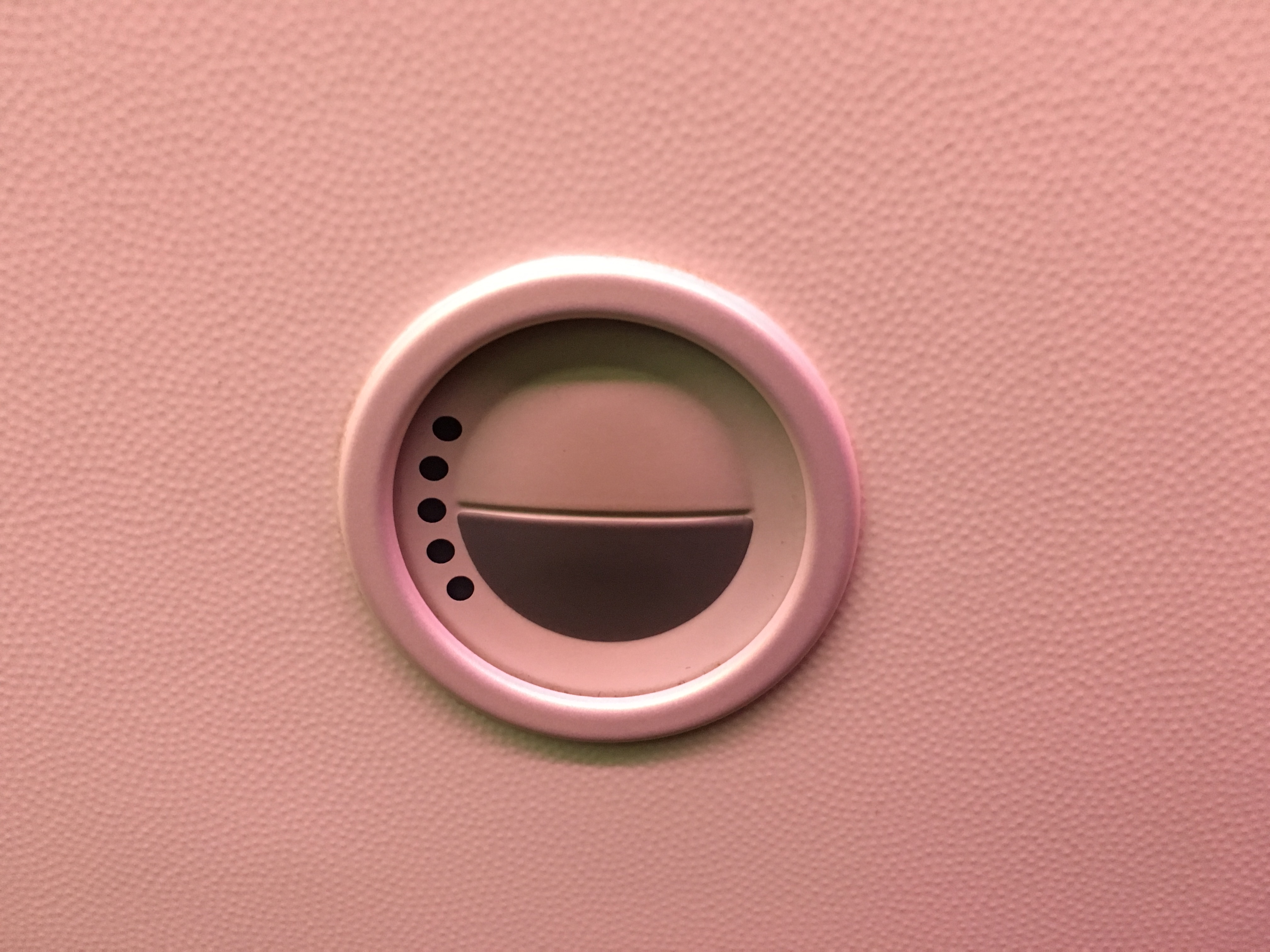 The seat design is relatively similar to the A330, yet features a shallower seat pocket (so shallow that magazines could not even be placed upright) and a slightly smaller, yet still obtrusive, under-seat Inflight Entertainment Box. 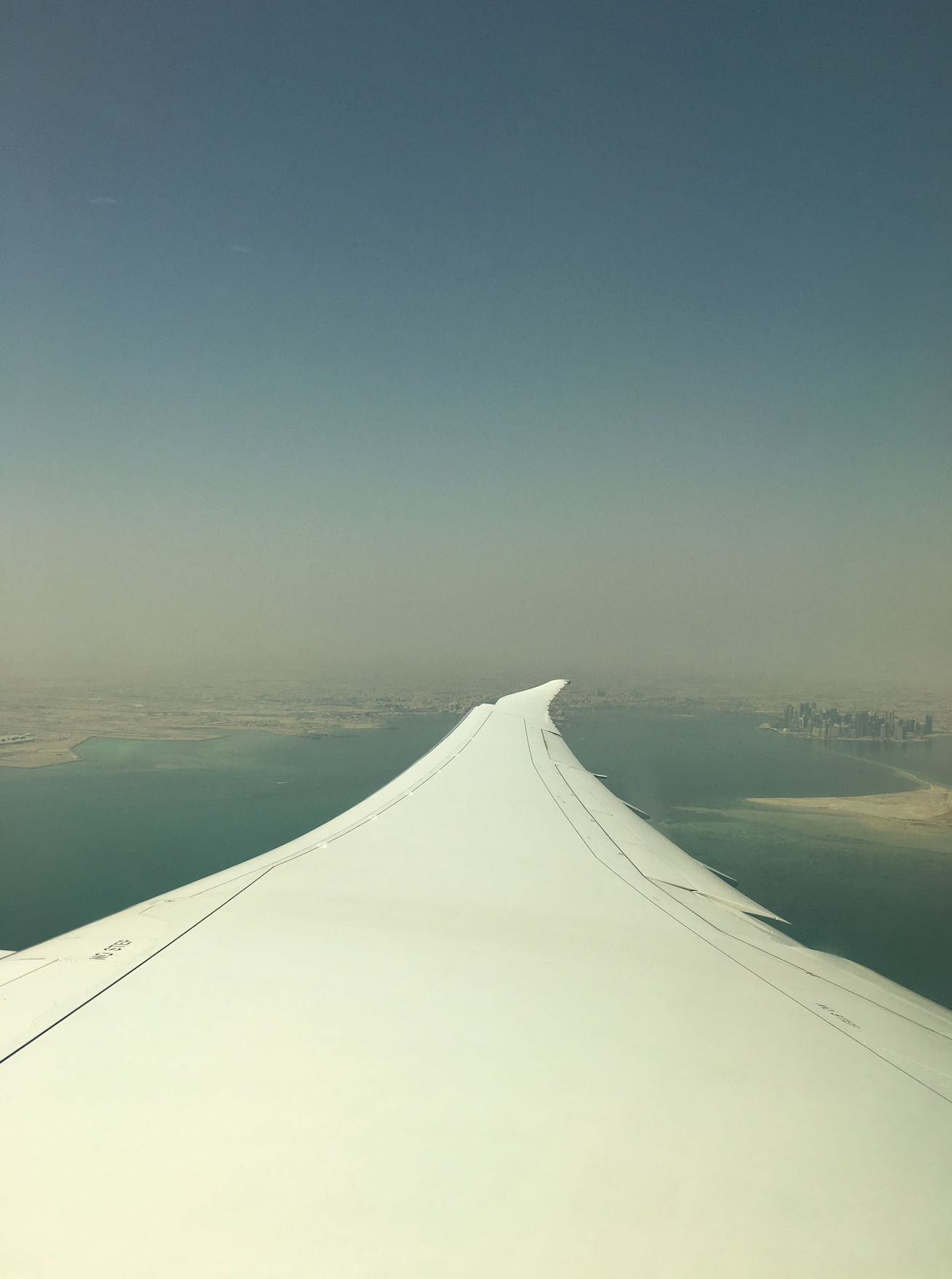 Following takeoff, I explored the IFE. This system was incredibly slow, and felt more sluggish than the older A330 units. The touch-screen controller would have been great, yet wasn’t working at all. The audio was also troublesome and was either way too loud or completely silent. 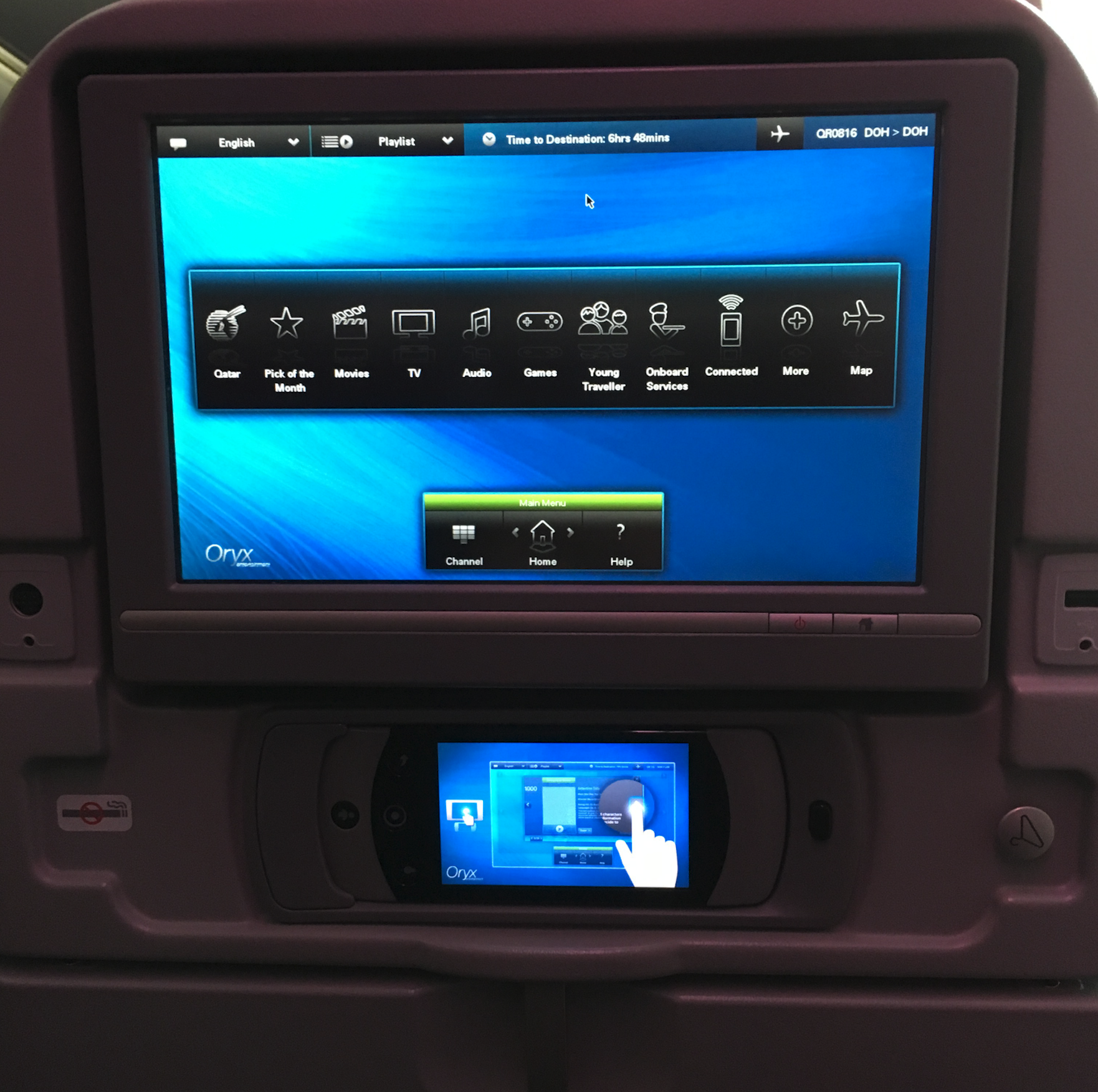 Breakfast was soon served, with three options (one of which was vegetarian). As a general rule for Asia-bound/-exxt flights, I tend to pick the Asian selection, which in this case was a very flavoursome and well presented fish dish.

Afterwards, the mood lighting was used very well, mimicking a sunrise shining on the overhead lockers. The rest of the flight was spent resting, up until the dinner service prior to landing. I’ll note that this sector was a lot quicker than the outbound (almost two and a half hours shorter!), as we were flying in a completely Easterly direction. 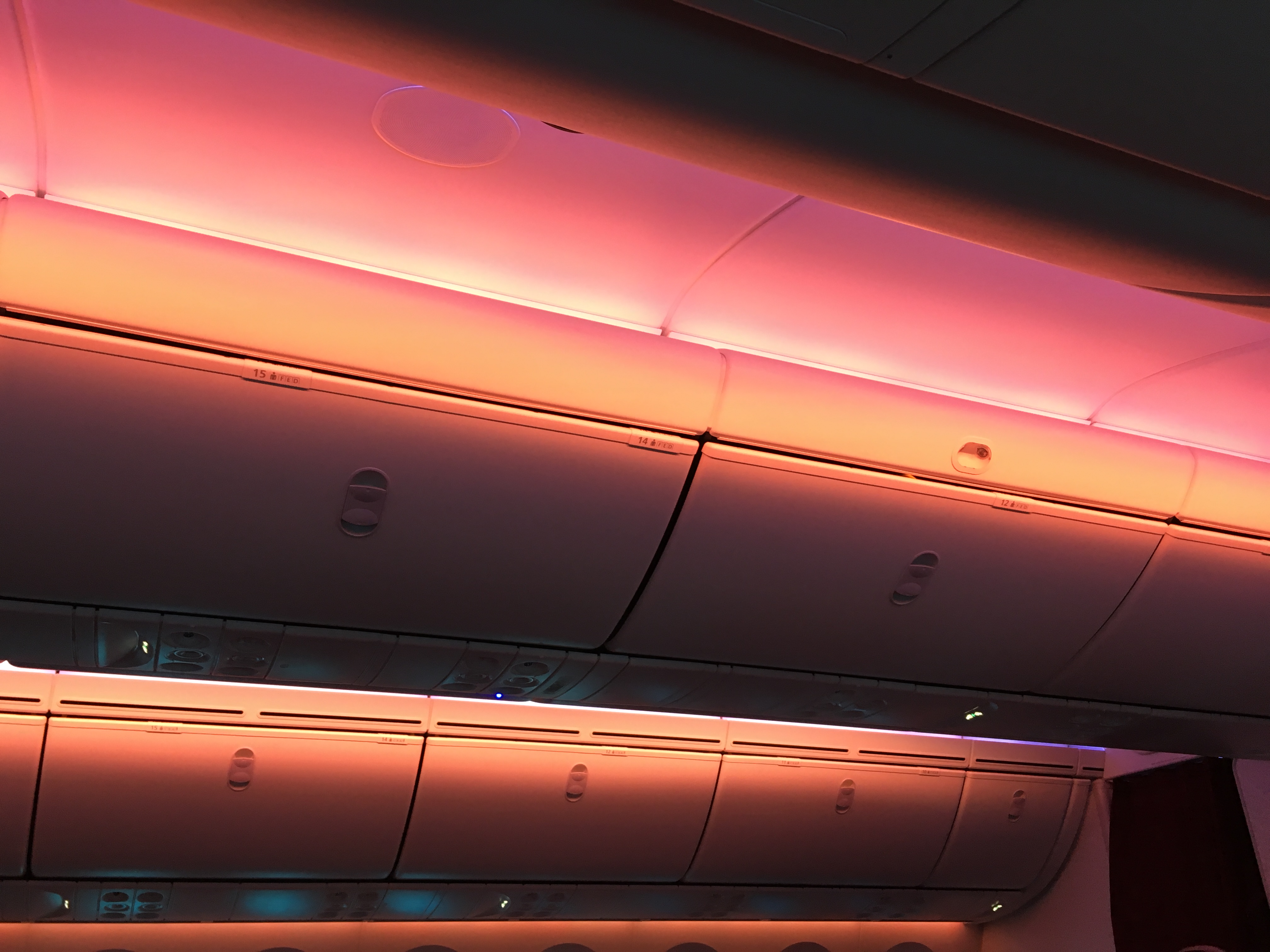 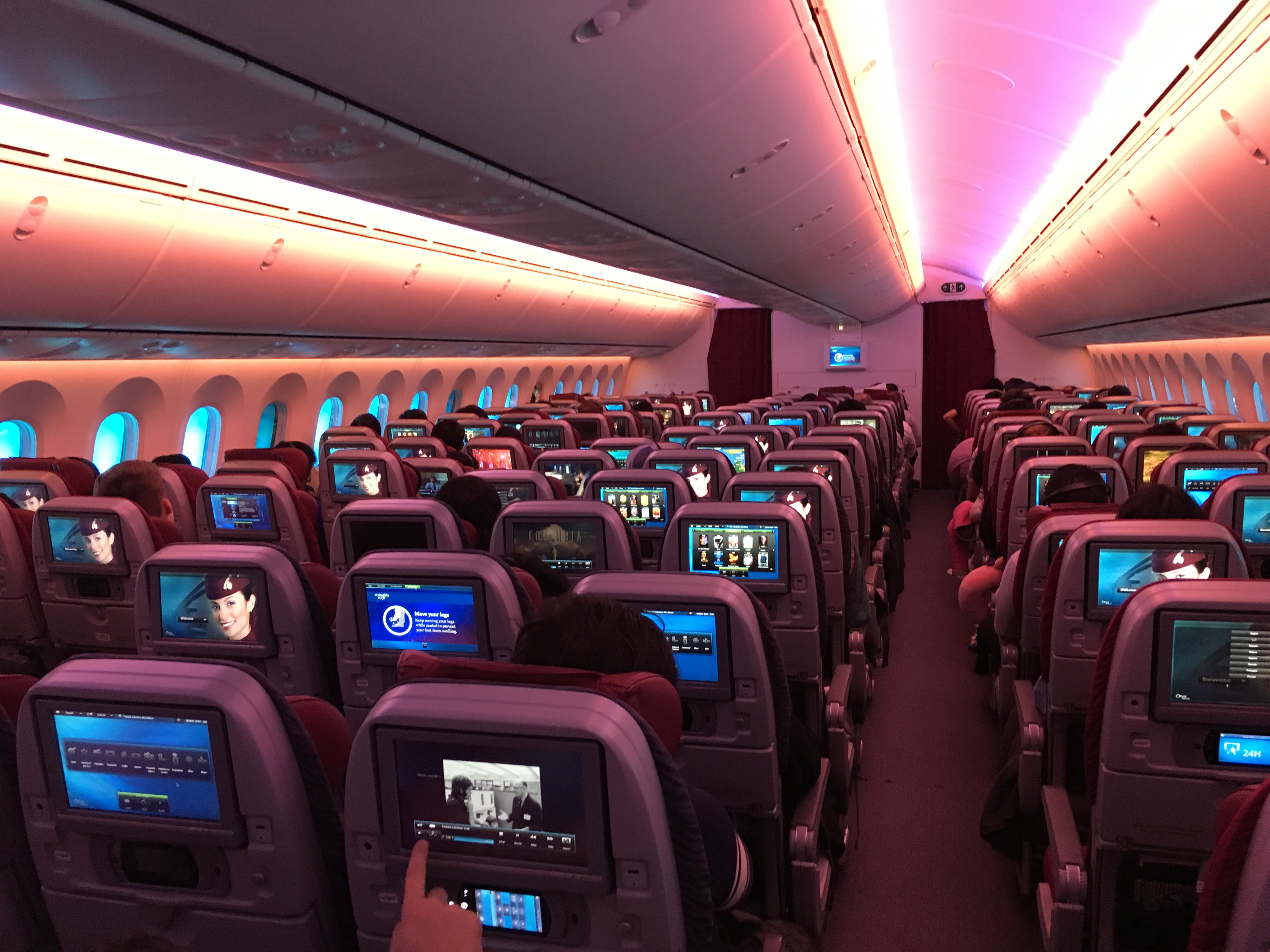 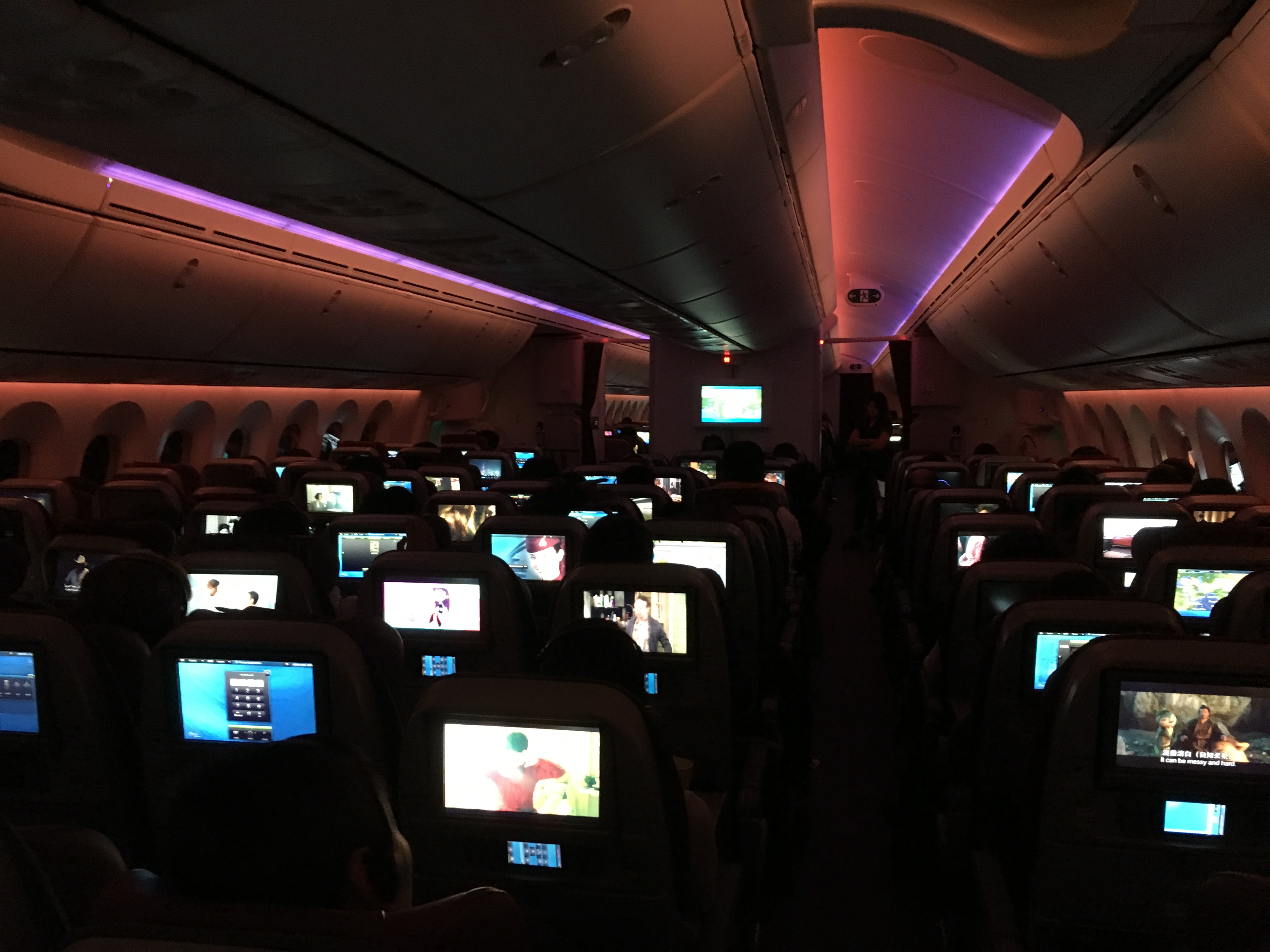 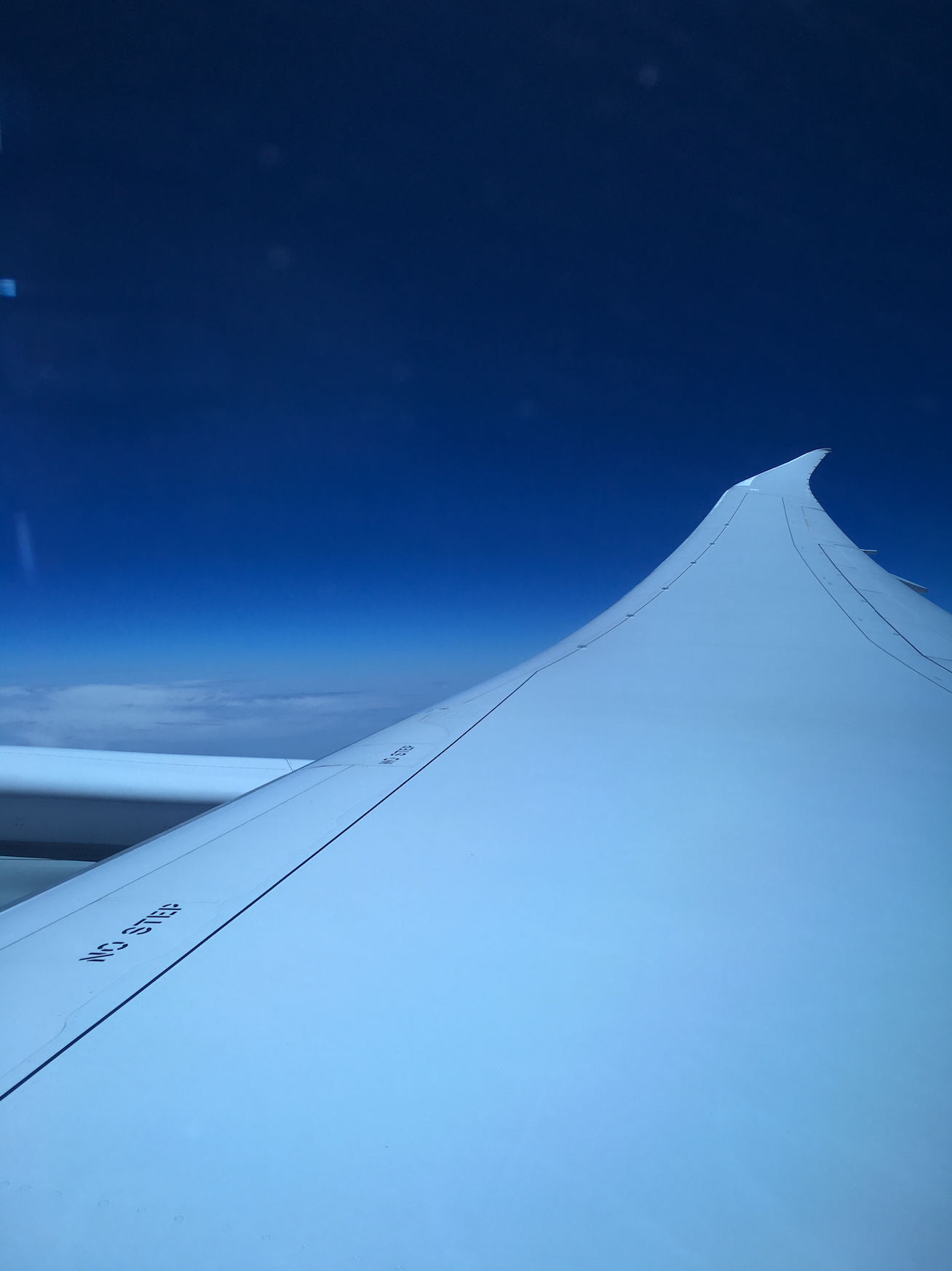 At the dinner service, there were once again three options. As I selected fish at breakfast, I chose the alternative for dinner. Despite being just 4 rows from the front of the cabin, the steward had already run out of that choice, leaving only fish. When I opened it, I realised it was almost identical to the breakfast dish. The steward was apologetic and said that they loaded 80% fish, 10% chicken and 10% vegetarian, all due to the fact that it was a flight to Asia. Quite disappointing, especially as this was the first time my meal choice was unavailable. Also a commonality on Qatar’s flight to Asia is plastic cutlery in Economy, due to the fact that those flights are more prone to having metal cutlery stolen!

As the sun began to set, the Captain switched on the seat belt sign very early, as seems to be Qatar protocol, and we were later on the ground and disembarking in Hong Kong. 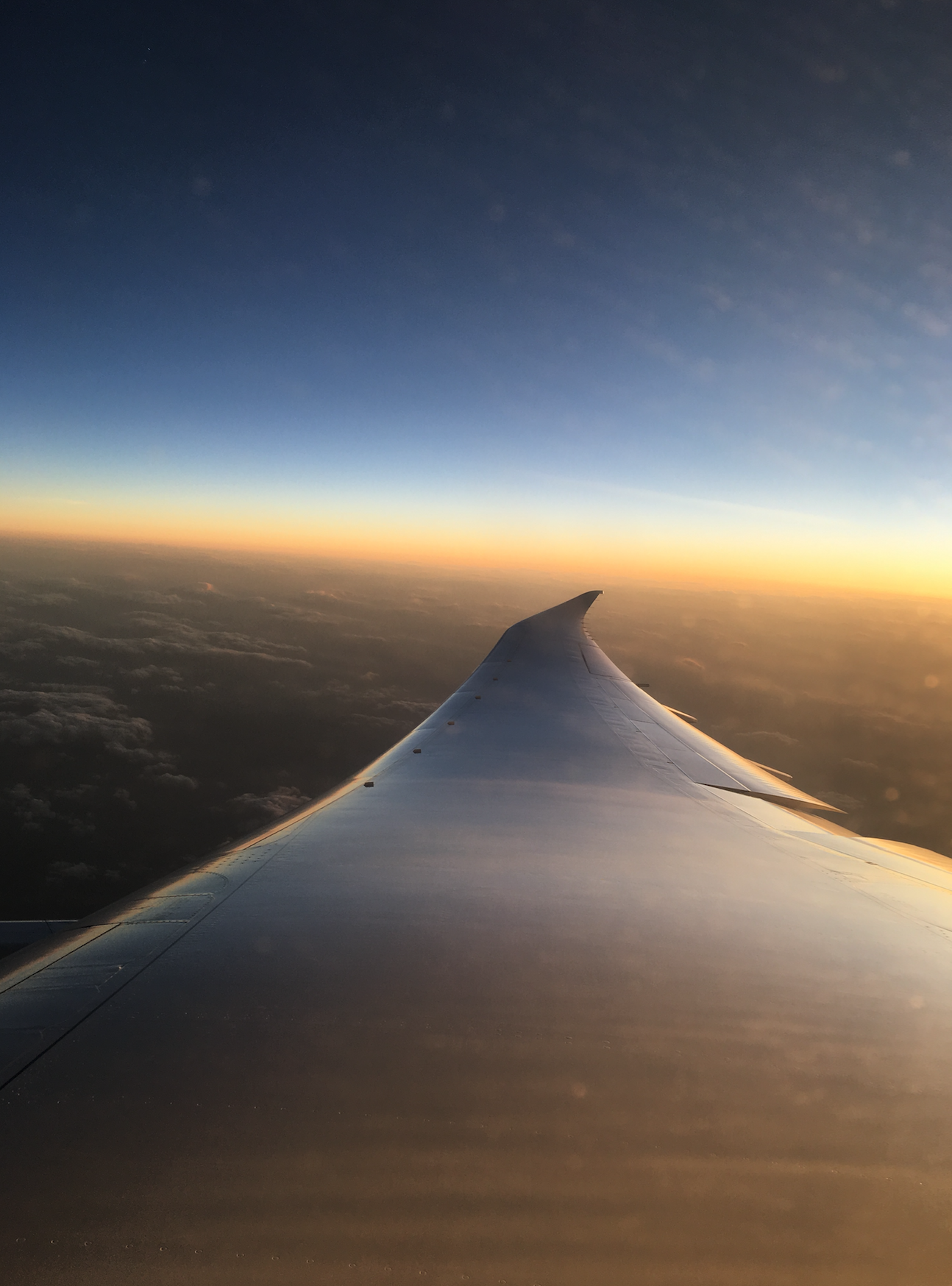 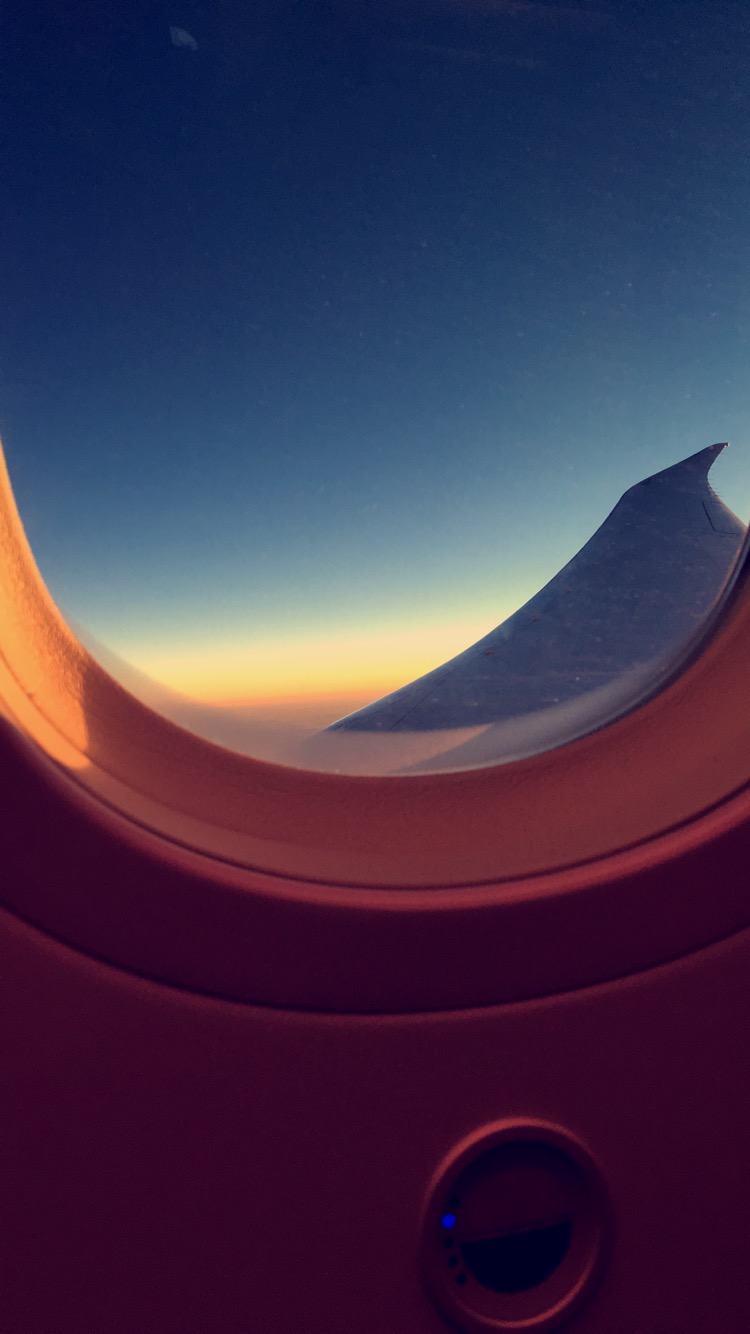 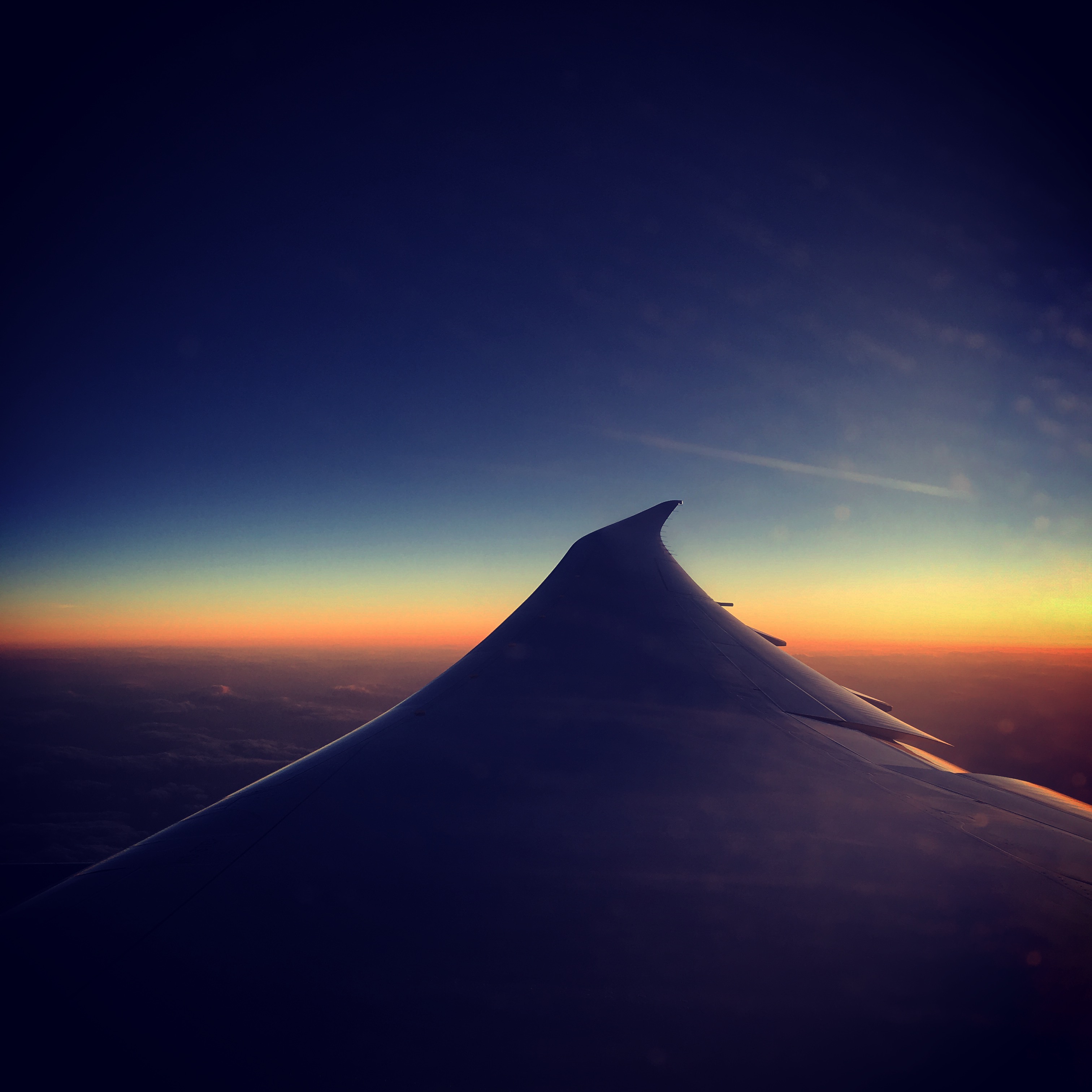 I must say, I am really not impressed by Qatar. I had thought that the earlier experiences were poor due to the old aircraft, but even on brand new planes, their Economy experience is not at a high standard. Faulty equipment, poor planning, and basic hard products are all indicators of a service in need of review. From what I’ve gathered, Mr Akbar Al Baker (the Group CEO) seems to have much to strong a preference for Business and First Class (although I am yet to experience this and cannot quite judge the quality of their premium cabins), and really neglects Economy. Sure, Qatar is a very wealthy nation, with plenty of high paying customers, but neglecting Economy to such great lengths makes the airline undeserving of the “World’s Best” award.

Mr Al Baker, you don’t have to go that far to make your airline really great. Just bring things in the back up to scratch, and there’ll be far more respect.