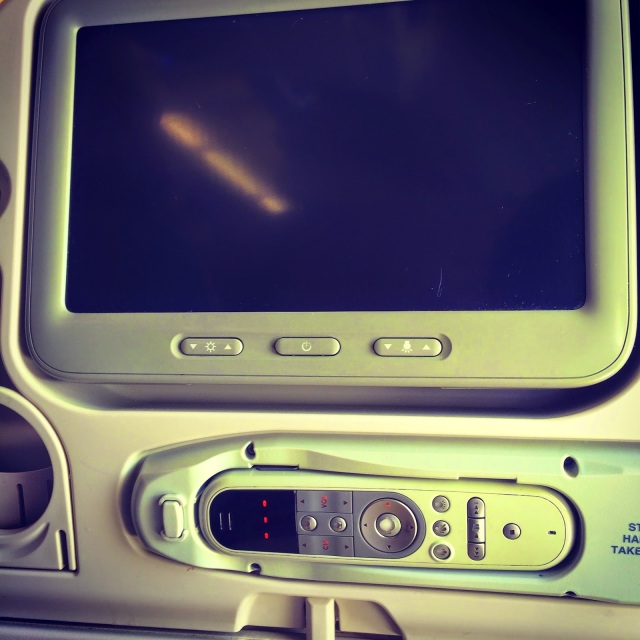 Hadn’t flown SQ in a few months, so this was a welcome flight! As usual with Singapore Airlines, the crew (especially one flight attendant) made the flight exceptional! This flight also included some pretty rough turbulence over the region of QZ8501’s crash.

This was the start to a short trip to Bangkok. I was thrilled to be flying the A380 once again, especially with Singapore Airlines! With my previous A380 flights from Sydney, 4 boarding lanes were used for 3 airbridges: Suites, Main Deck Economy, Upper Deck Economy, Business. This time, however, Economy boarding was not separated between upper and main deck, and all done together. This, however, seemed to be a much faster boarding process. I guess the airline analysed the crowd flows and determined this to be better!
Upon stepping onboard, the crew were extra friendly, with a greeting at the door by the Leading Steward, followed by attendants in the cabin offering to show us to our seats.
Followed by SQ’s absolutely perfect (scent, temperature and dampness) hot towels, departure was very quick and on time, and menus were distributed after take-off. Soon after departure the air was very choppy. For the first time, I noticed that we were at 35,000 feet and were surrounded by thick clouds! At this height, all that could be seen outside was white, white and more white. Pretty unusual for this altitude. 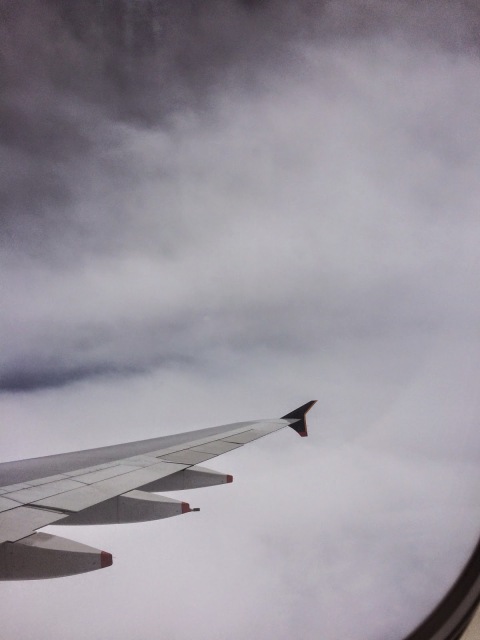 Above: Storm clouds and thick cloud surrounding aircraft. All photos at 40,000 feet

As SQ does with all long flights, the drinks service commenced initially. I always order the Apple Spritzer on every flight, and so ordered it during the drink service. At the meal service shortly later, the Leading Stewardess (Marina Woon) remembered my Apple Spritzer order and offered it to me, a very unusual and welcome touch for Economy Class! I had previously discovered that SQ had just implemented new service wear in Economy. This included newly designed dishes, cups and cutlery. The entree, desert and bread dishes were very contemporary and sleek, and a welcome change. However, the main meal dish appeared incredibly cheap and disposable. The normal drinks cup is now plastic, as opposed to the classy glass-wear previously used. The new cup is tacky cheap and did not look nice at all. I asked Marina about the service-wear and she said that the service wear was less than two months old and that it “Is not good for us (the crew)”. I later found this was because it is very flimsy and cheap. After landing in Singapore I met with the head of Public Affairs at Singapore Airlines. Among other things, I informed him of my opinions on the service-wear and he said he would certainly pass on the information.

Following the meal service, the lights were dimmed and switched off for the remainder of the flight. I went to talk to the crew, as I do on most of my flights, and asked for the names of the captains (as I also do on every flight). Marina said she would write them down and give them to me a bit later. I also asked for some writing kits. Singapore Airlines used to give complimentary kits to all passengers on request. They were beautiful folders with high quality paper, envelopes and postcards inside. Now, they are reverting to a standard pad of paper (blank paper on the inside with a classy gold cover with SIA batik and logos).

I took a walk around the aircraft, 9V-SKJ. -SKJ is the 10th A380 Singapore Airlines received, and is therefore fairly new. However, the walls in the stair-well and lavatories seemed to be very dirty! This was the same aircraft that, months earlier, was involved in a sudden turbulence incident on arrival in Mumbai, causing multiple injuries. Perhaps the dirty walls were from this?

Photos from the incident in Mumbai in October 2014 (Aviation Herald)

As we approached Indonesia, the captain came on the PA. I was first very surprised, as the captain would never speak during the flight unless something out of the ordinary was occurring. He announced that there were thunderstorms ahead and they were routing around them. He asked the crew to be seated for the next 10-15 minutes as this occurs. I looked out the window and there were clearly thunderstorm clouds above the aircraft, however, it was pretty clear around us. We were now at 40,000 feet, and did pass through areas of complete cloud cover. This all occurred while flying over the Java sea, following almost the exact route from Surabaya to Singapore, and over the same area that Air Asia flight QZ8501 crashed less than 2 weeks earlier.

The turbulence was pretty rough, but subsided for a while. About 2 hours before landing, the refreshment service began. One of the two options (Bolognese fritters) were served in a white cardboard box with SIA logos. This was very interesting and something I have never seen before… Another cost cutting measure? Hmmm… During this service there were pretty severe bouts of turbulence that caused drinks to spill, and the carts to shake violently. The crew even had to steady them by hand and looked at each other across the aisle and ask “Should be continue or go back?”. This was also over the Java Sea.

Well, we landed on time in Singapore after another great SQ flight. Marina, the LSS, came and spoke to us after the flight, and I realised she truly was the best LSS I have had on any flight. She was incredibly friendly and professional, and really attentive towards the passengers. Singapore Airlines continues to provide world class service and an excellent product. I strongly recommend them to anyone considering air travel.

That concludes another report. Stay tuned for: