Lufthansa has been highly touted, and well marketed, especially for their phenomenal services in First Class, which includes a private Porsche transfer to the aircraft. Whilst we weren’t experiencing that on this flight, this was in fact my first experience with the Star Alliance partner airline.

Boarding commenced quite late, and seemed to take a bit of time, given the flight was completely full.

Once onboard, I was warmly welcomed by the crew, however boarding cards were not checked, as per their policy, potentially to speed up boarding.

I was seated at an exit row, mid-way through the cabin aboard the A321. This area is really oddly configured, with two seats adjacent to the window, positioned right next to a crew-seat. The legroom here is unbelievable though, being much larger than any First or Business Class seat! 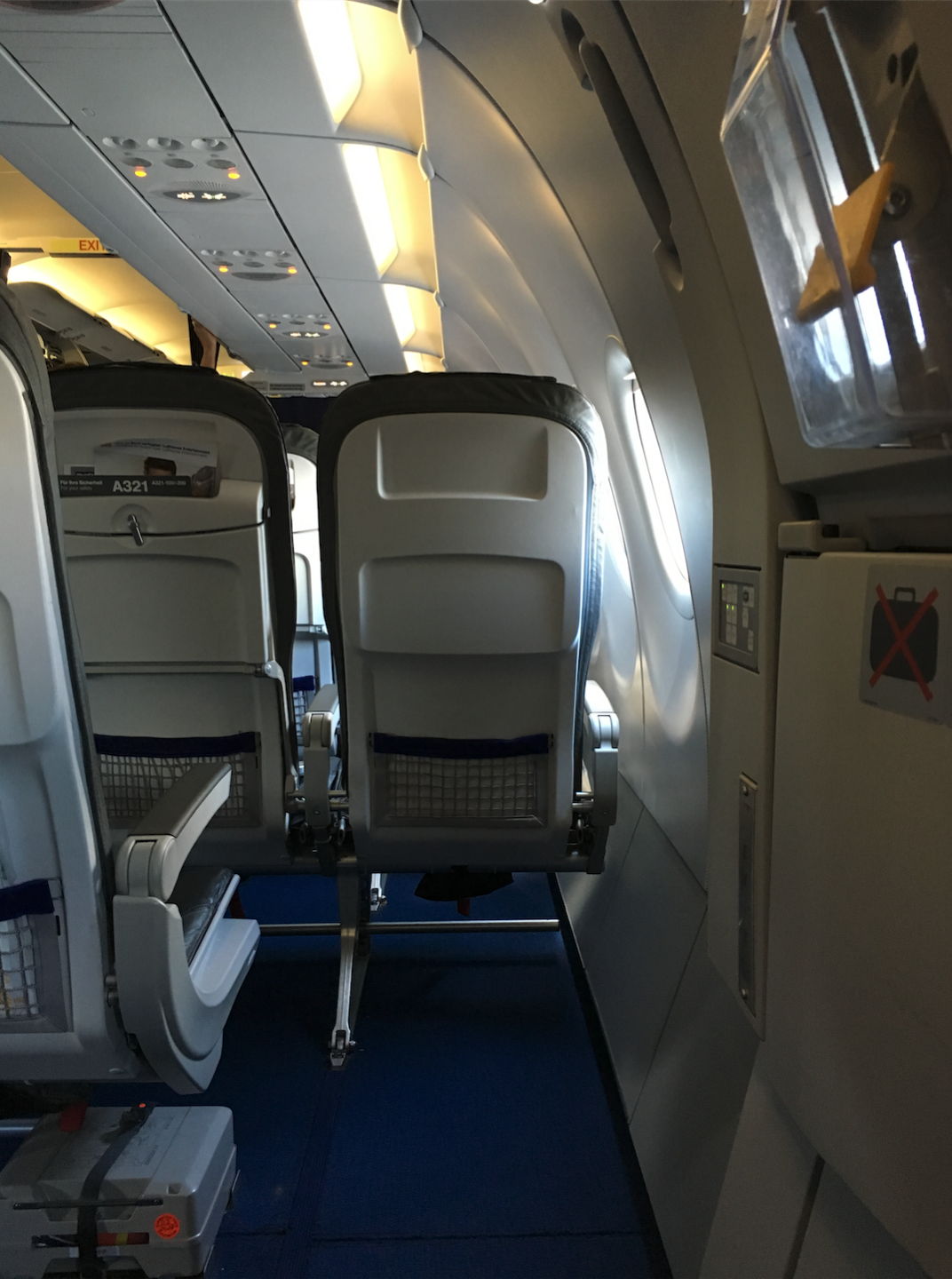 Lufthansa’s Economy is designed with cost-saving in mind, and as such the seats are incredibly slim, and lack moveable headrests. Whilst it may remove a few luxurious additions, it results in more space for passengers and lower fuel costs for the airline. It’s more than acceptable for such short flights. 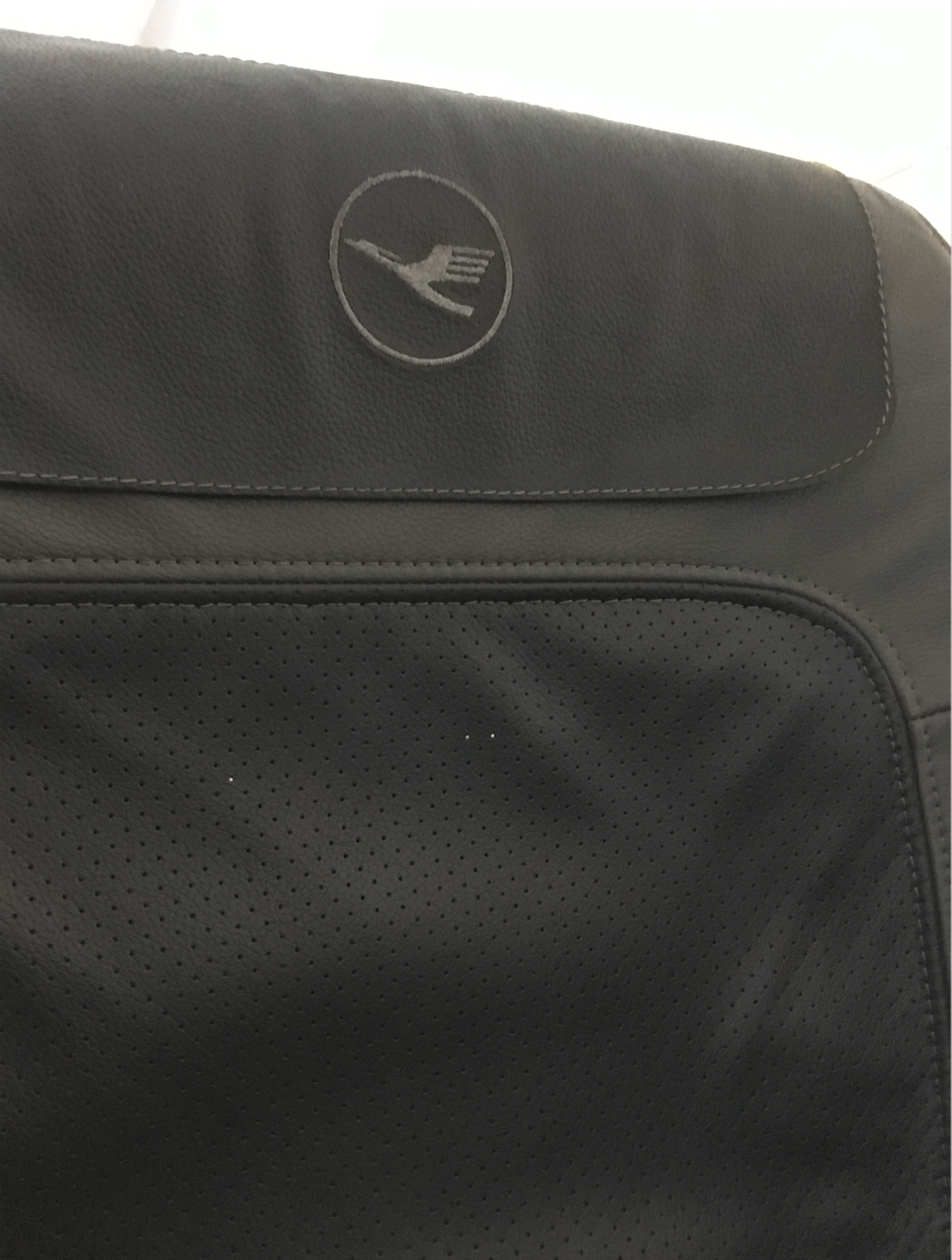 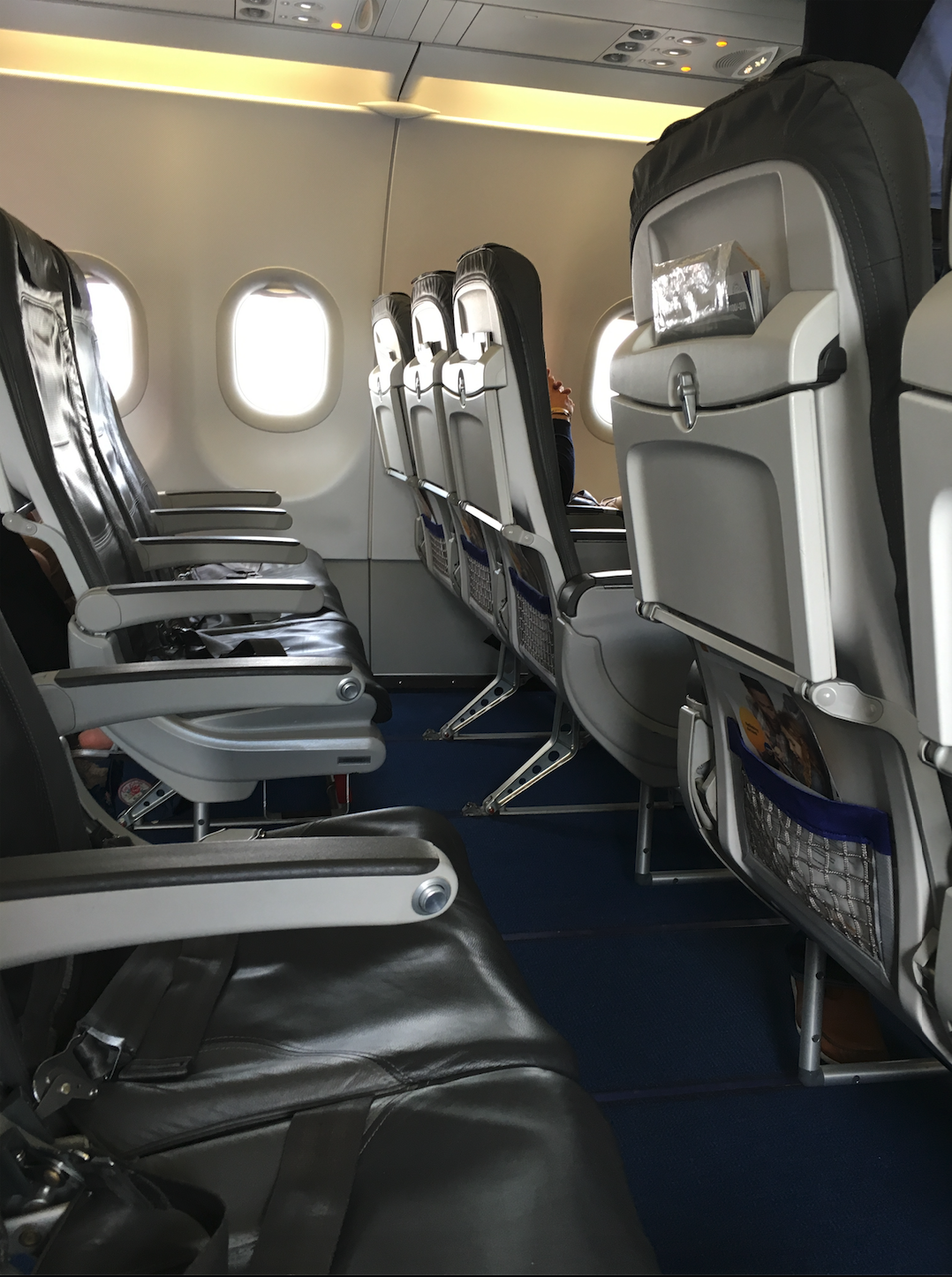 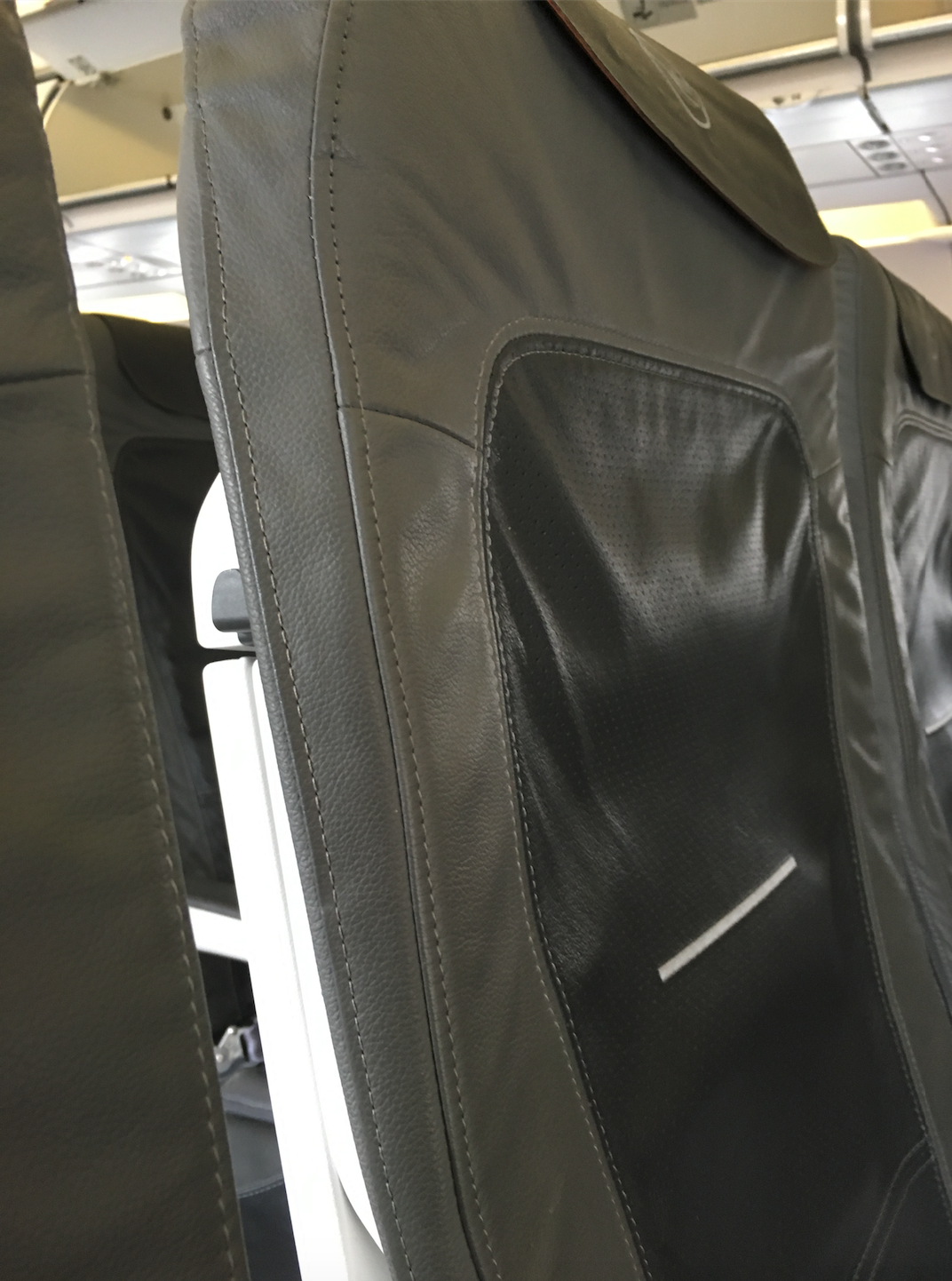 Upon reaching my seat, I was welcomed by a very friendly steward, who later proved to be one of the best flight attendants I have ever encountered. It was clear that he absolutely loved his job with a passion, which really lifts the passenger experience to another level. As a passionate airline enthusiast myself, it’s fascinating to speak with a similarly passionate member of crew. As well as providing personal and attentive service, he was overly proficient with his duties, and even went the extra mile by asking the chief purser if he could do the post-landing announcement himself, so I could see it being done! Seriously one of the best crew of all time.

After takeoff meals were served, with two options (chicken and vegetarian). The dish was surprisingly flavoursome and served very efficiently with a drinks service shortly after. All meals and drinks were of course complimentary. 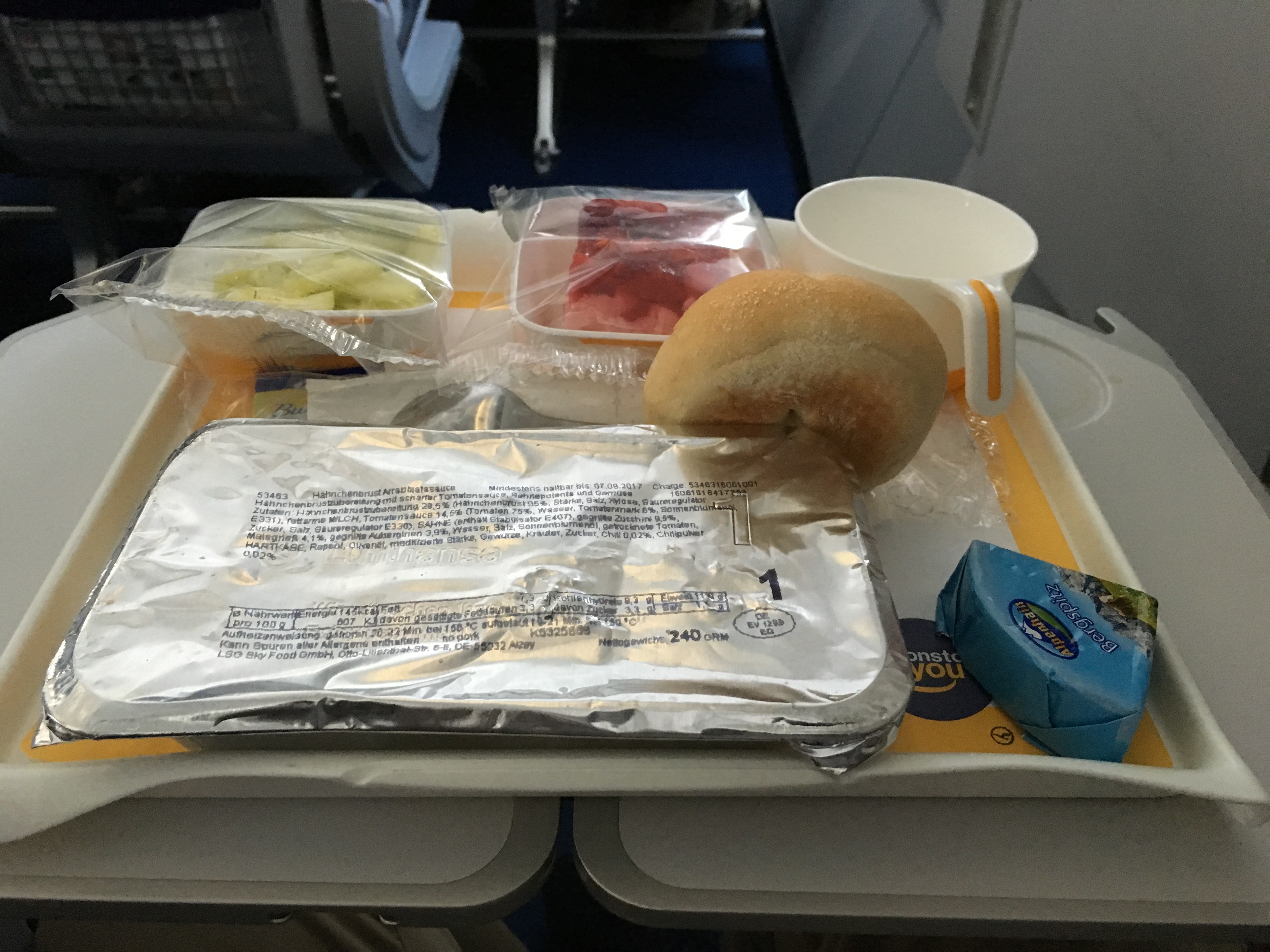 There is no in-seat entertainment on these short flights, however Lufthansa offers entertainment streaming to personal devices via the Lufthansa Entertainment app and the aircraft’s onboard wi-fi network. There’s a somewhat generous selection of movies, TV shows, music and games, as well as flight information, all visible on personal smartphones/ tablets. 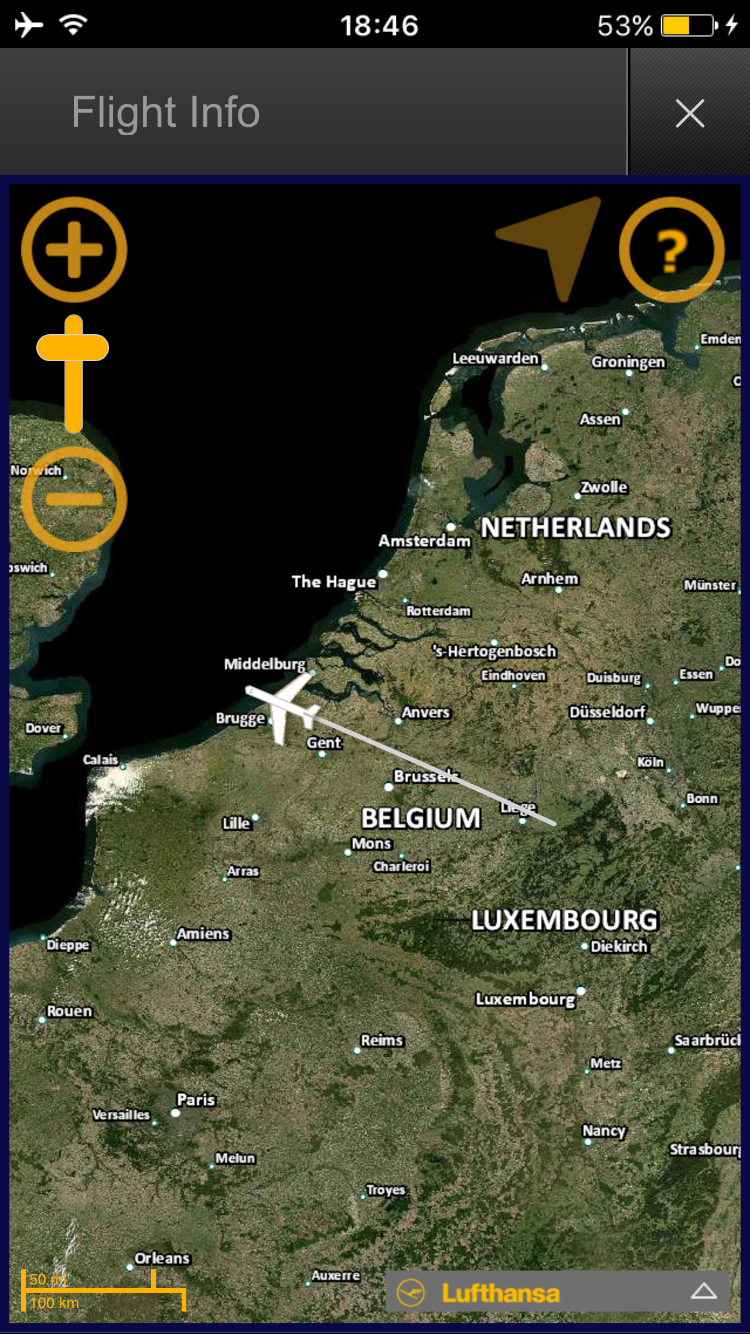 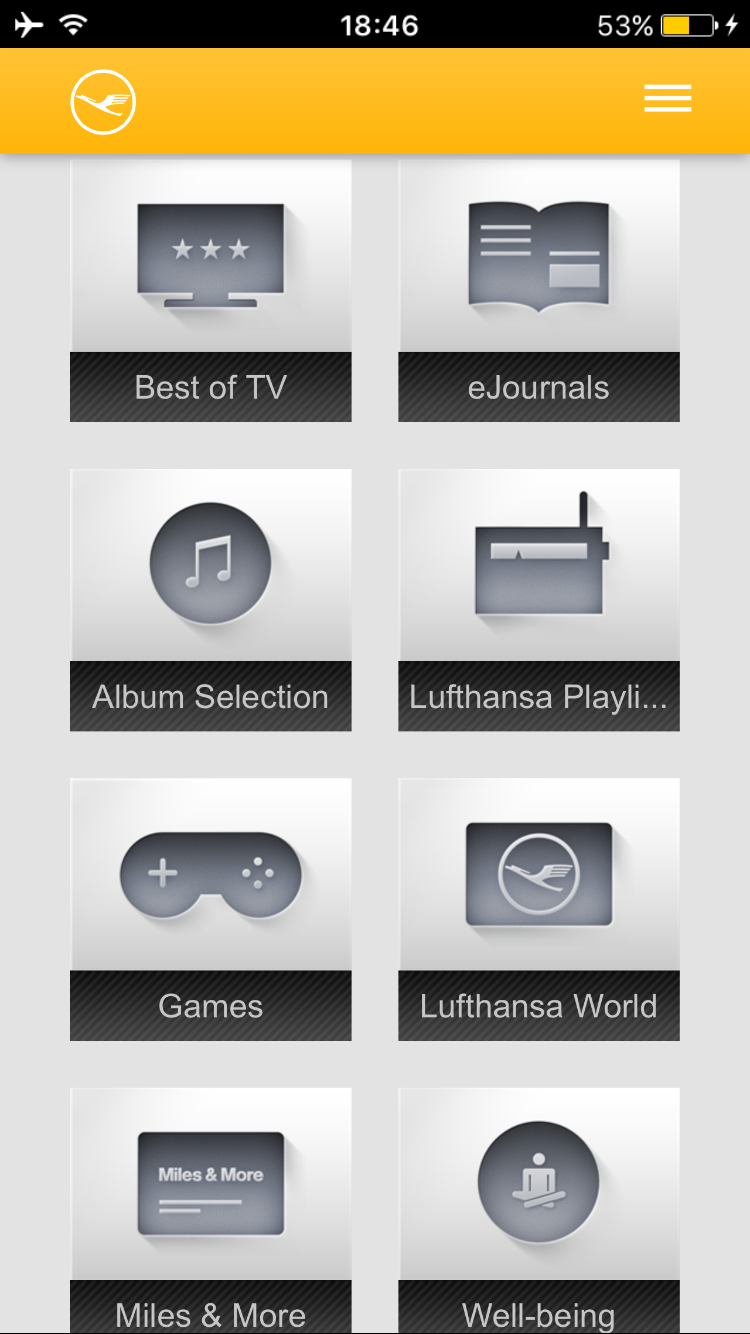 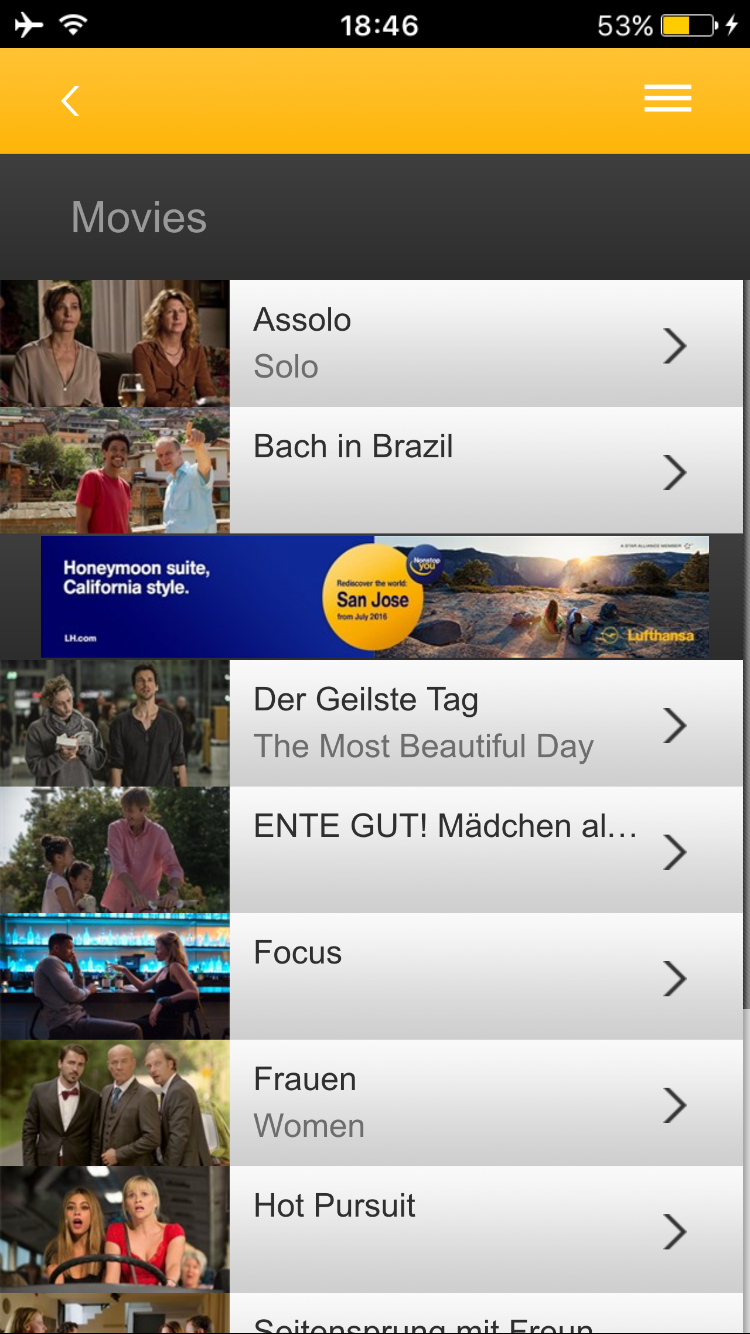 Despite a late departure, we landed in Frankfurt almost on time, and were disembarking shortly afterwards.

I do commend Lufthansa for providing such a great experience on even a short and simple sector. The whole journey was well executed, with warm and friendly service, great efficiency and excellent comfort. Lufthansa have most certainly made their way into my most highly rated airlines, and I do hope to experience their outstanding Business and First Class cabins in the near future.