And so the legend goes….

“Sir were you originally booked in Economy or Business?”

“Ahh, well the flight is very full, so you’ve been upgraded to Business!”

Seriously, there’s nothing better than hearing those words. This upgrade was quite a surprise, given SQ very rarely upgrades passengers from Economy to Business. My Gold status is already paying off!

After being handed an express pass, and baggage tagged with priority (both thanks to Krisflyer Gold status), I headed up to the lounge areas. I’d been to the SilverKris lounge in Sydney before, and it was relatively basic. Being Star Alliance Gold, I was actually entitled to use the adjacent Air New Zealand lounge as well, and so decided to give it a try. Honestly, it’s worlds better!

Boarding commenced on time, and I was soon onboard. Being a refitted 777-300, the aircraft offers 8 First Class seats (the 2006 version) as well as Business Class in a 2-2-2 configuration (the airline’s medium-haul offering). This design is far from the incredible long-haul business offered on the 777-300ER, 777-200ER, A350 and A380, but it’s slowly being phased out as A350’s and 787’s enter the SQ fleet. Nonetheless, the product is sufficient for a relatively short trip across Oceania.

Everything did seem a bit rushed during boarding, possibly due to the high load, but I was thankfully left with the adjacent seat free, once doors were closed. I was seated in the last row, potentially allocated intentionally due to the upgrade. As such, the serving of amenities and welcome drinks was a little slow. Taittinger champagne and warm nuts were offered. . 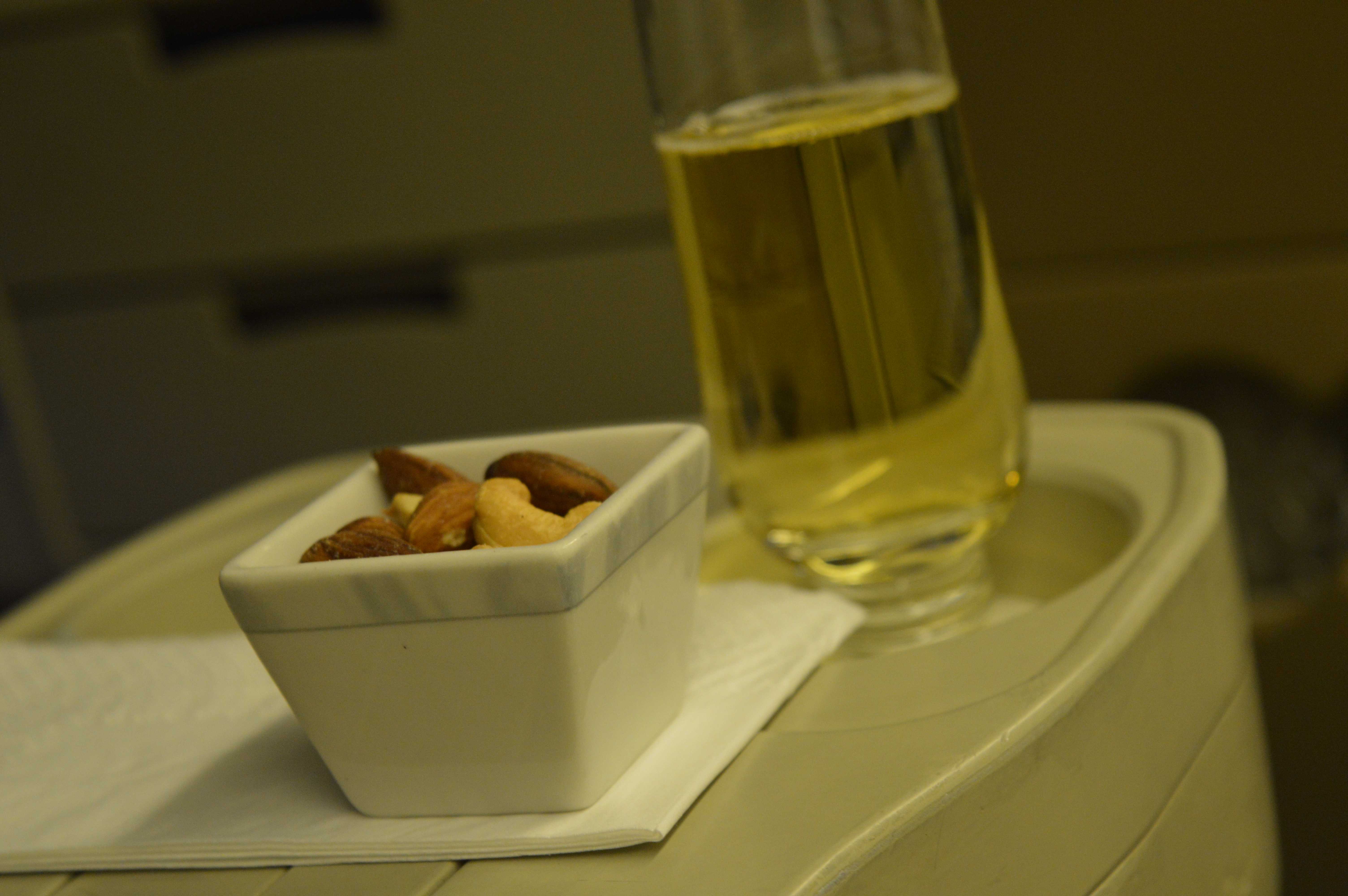 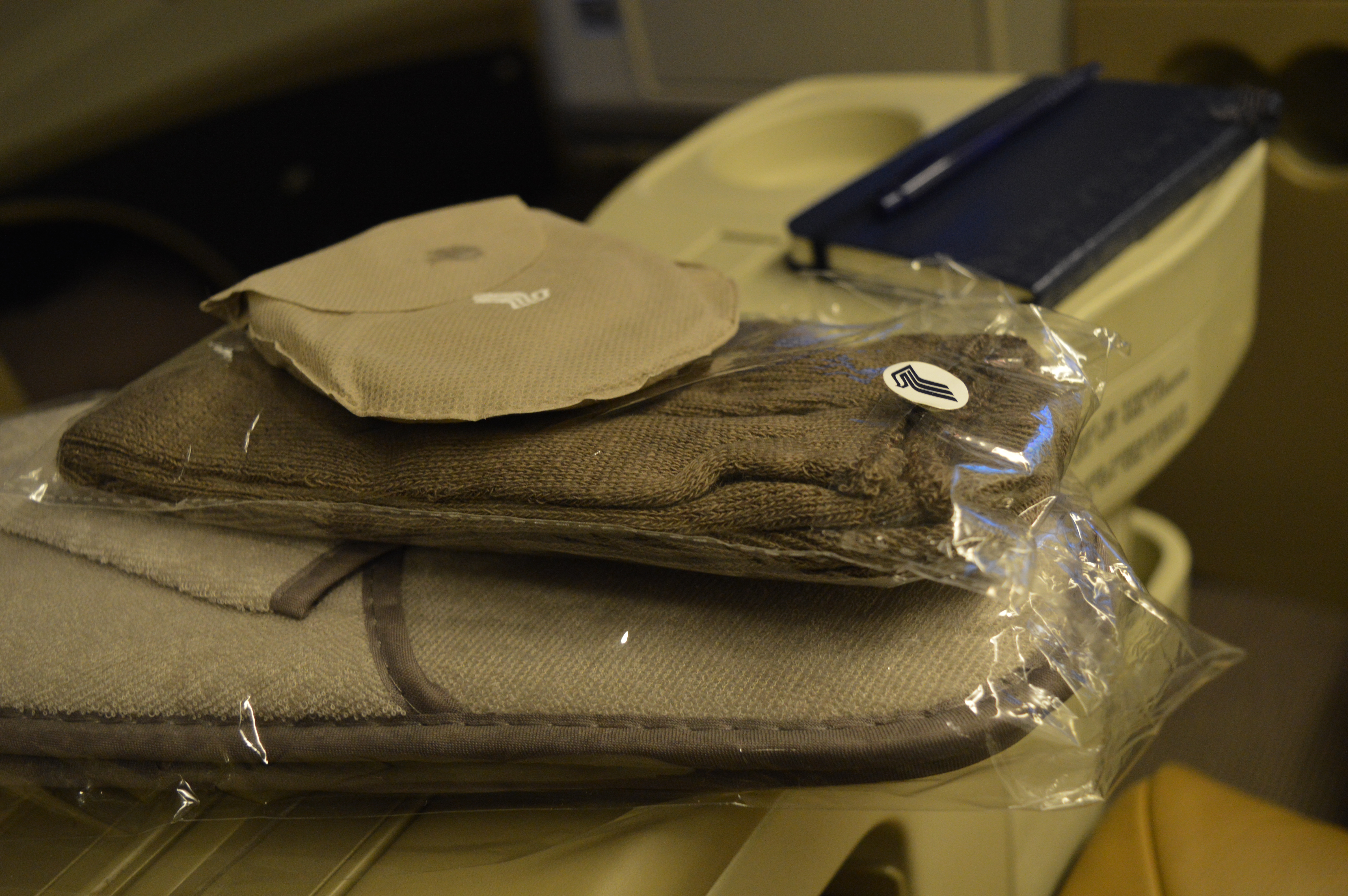 SIA have never had a proper amenity kit in Business, and instead offer socks, eyeshades and slippers, with other items (razors, toothbrushes, cologne etc.) available in the lavatories.

After takeoff, orders for drinks and meals were taken, with the crew addressing passengers by name. 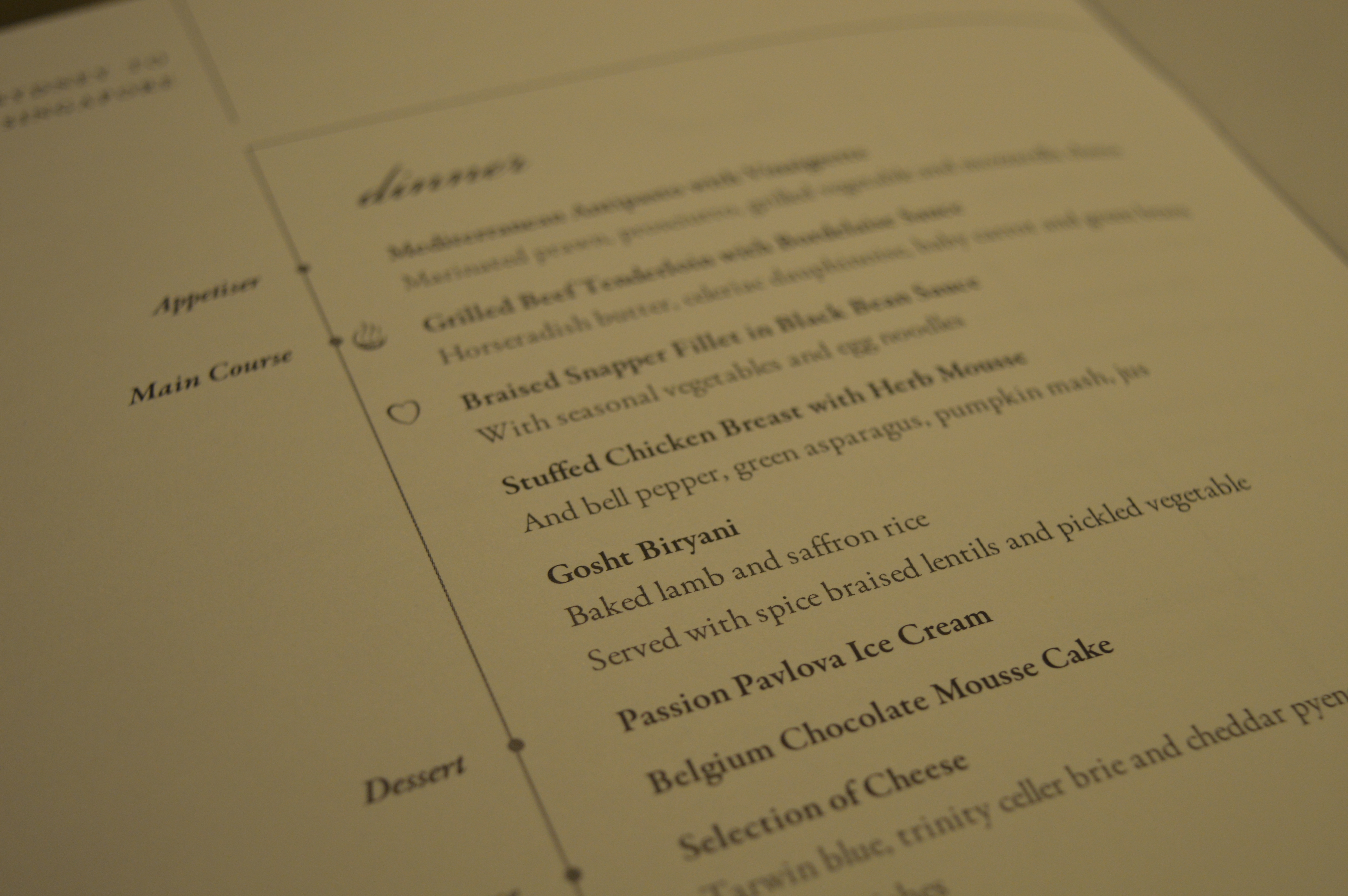 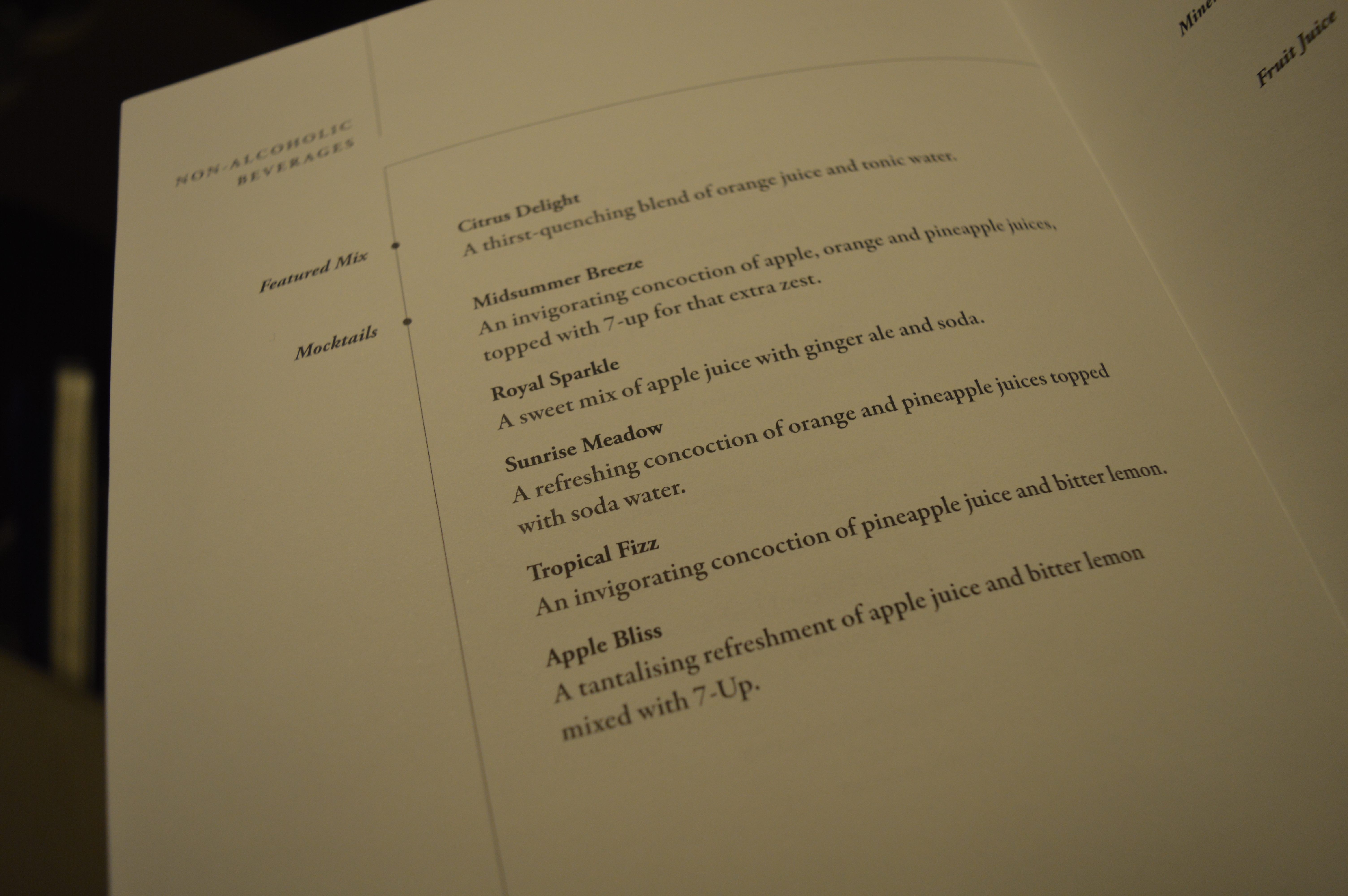 A pleasant change, SIA seems to have expanded their selection of mocktails in Business

A short while later the service commenced with an amazing entree, followed by one of the best steaks I have ever had in the air (one of 4 options for the main). Whilst it was a little dry and tough, it was cooked medium and was decently pink on the inside. It was a dish by Matt Moran, a chef within the International Culinary Panel. SIA also offers the ability to pre-select meals with “Book The Cook” for any cabin higher than Economy. Desserts were displayed on a tray, with a choice of two. The chocolate mousse was great as always, and was followed by a delicious cheese and fruit service. The meal service wrapped up quite late, about 2 and a half hours after takeoff, and the cabin lights were turned off. 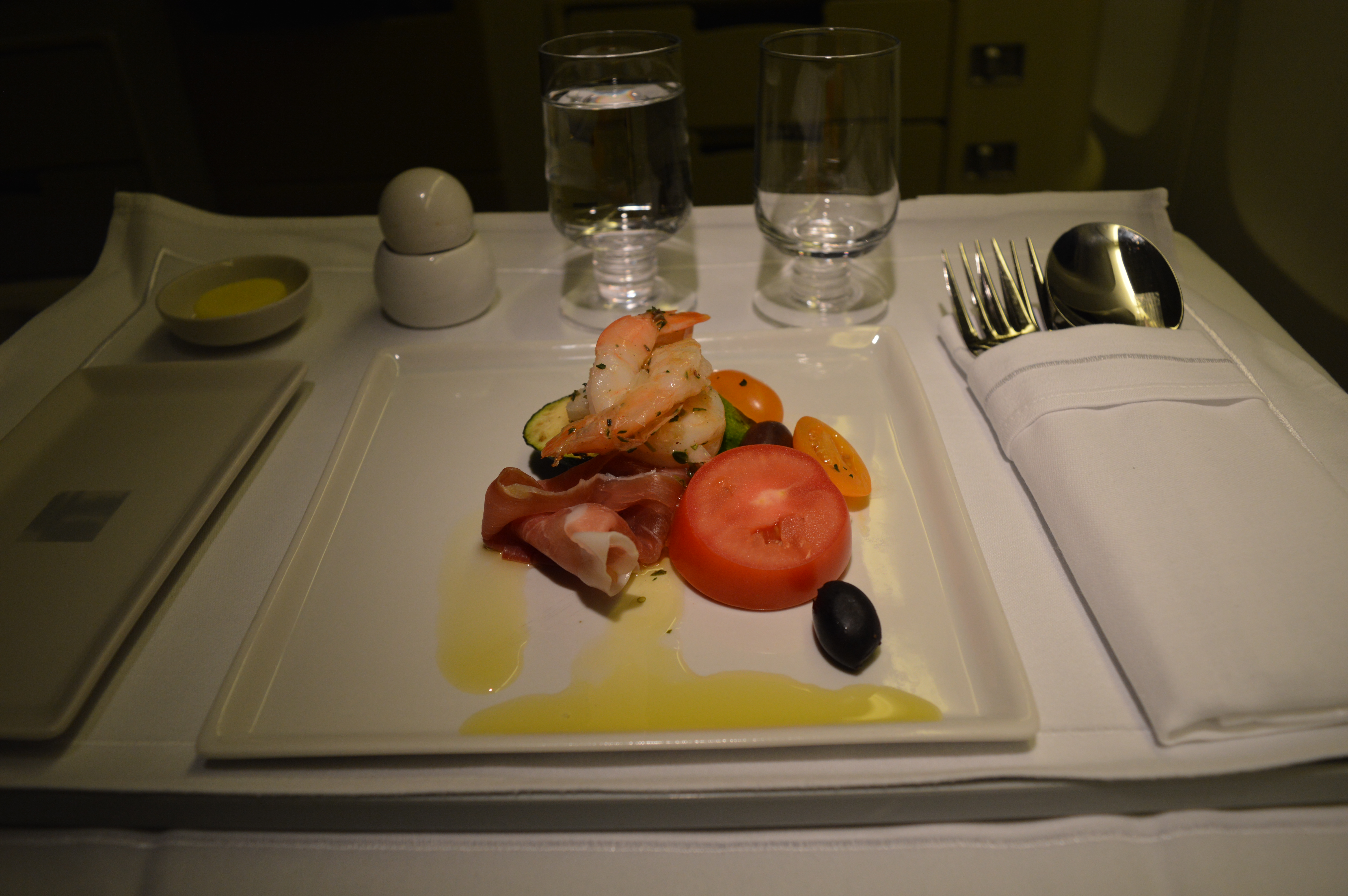 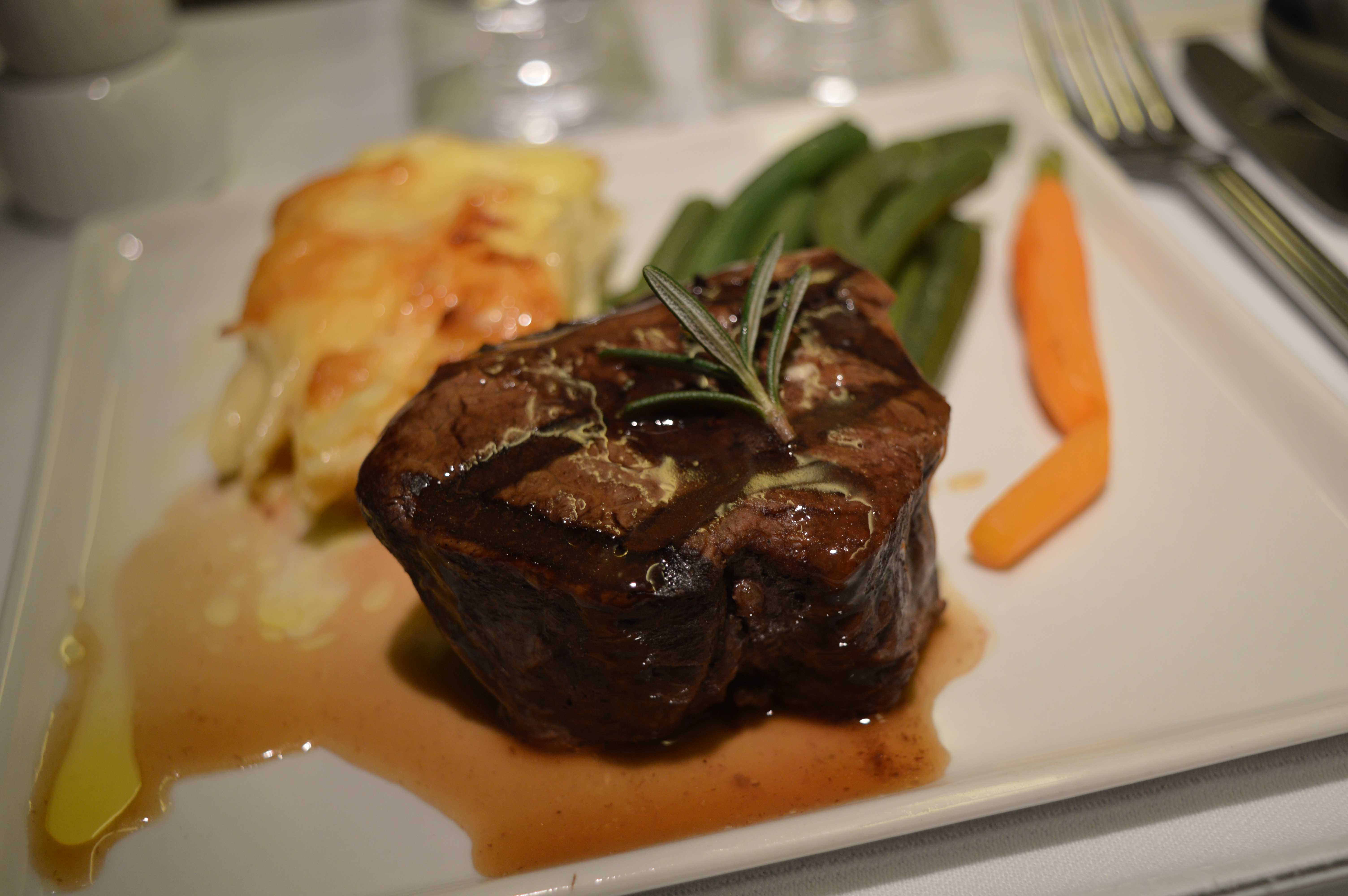 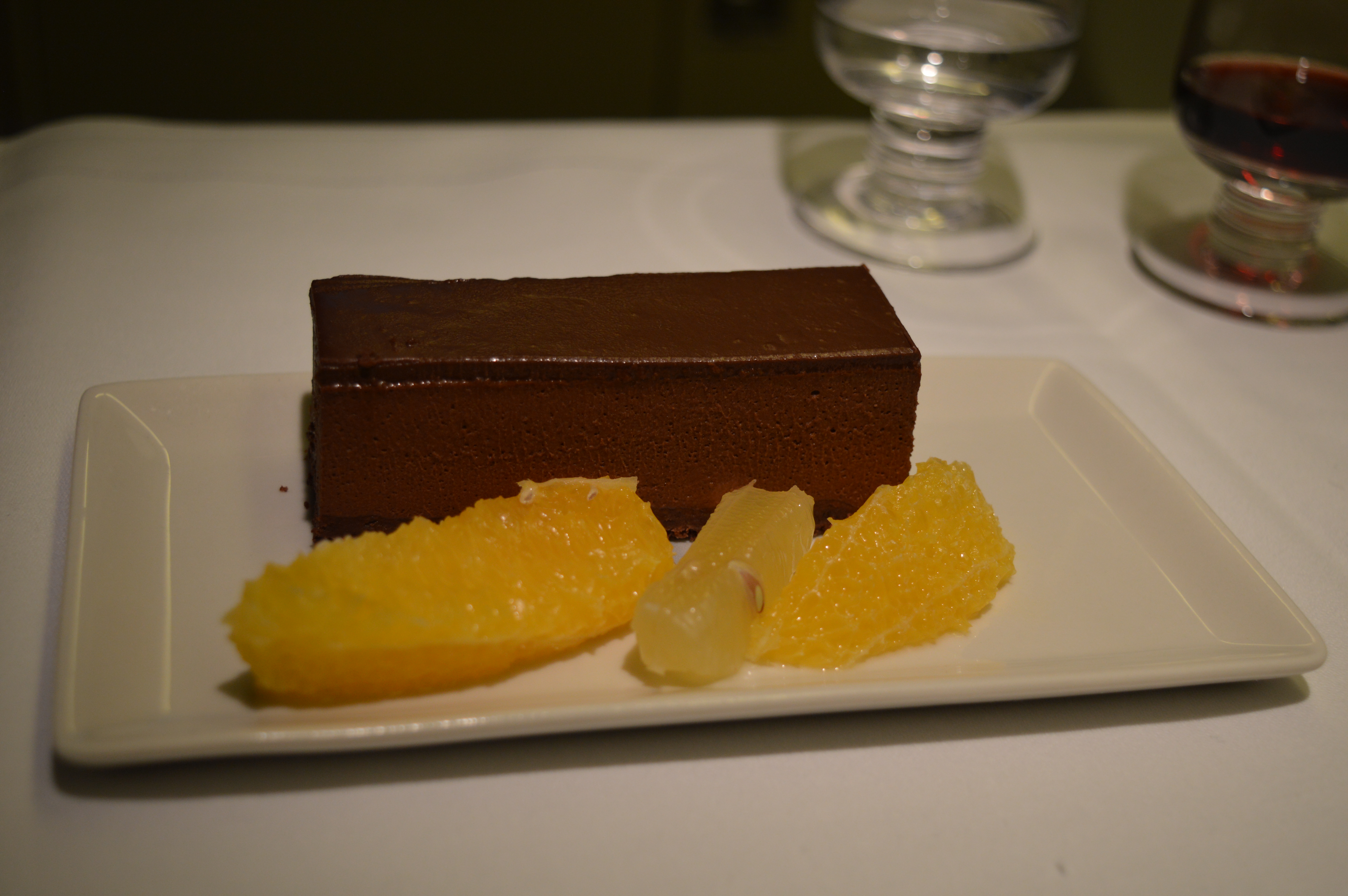 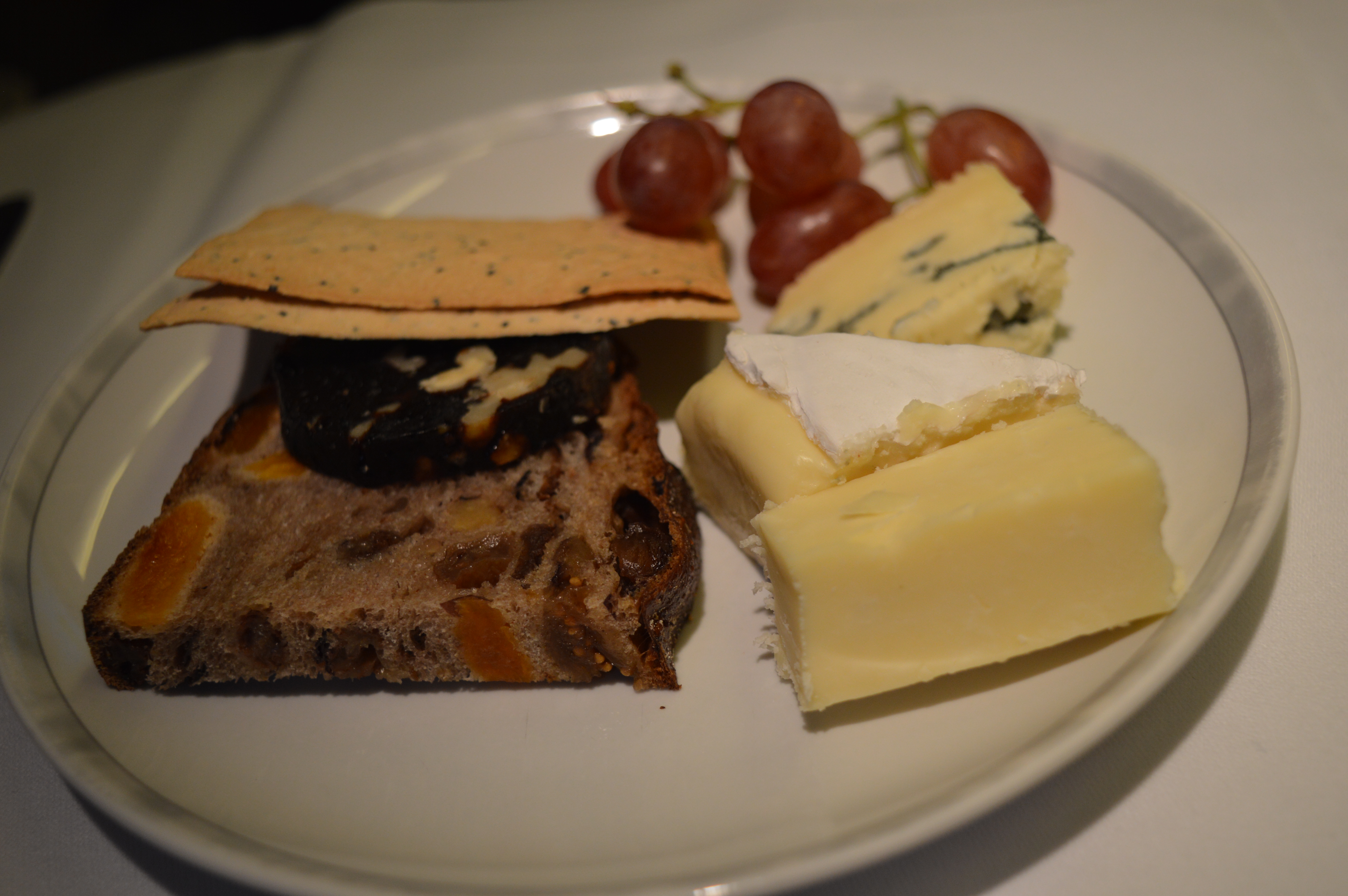 The medium-haul seat is angled-flat, which makes it a little uncomfortable after being used to spacious flat seats on the long-haul fleet. It can also be adjusted into an array of different positions using the detailed seat-control panel, but is a little slow to respond. The rest of the seat features ample storage for spectacles, chargers, phones and laptops, as well as easily accessible in-seat power for each seat. The entertainment system is relatively old, but is responsive and features a large selection on a pretty well sized screen. 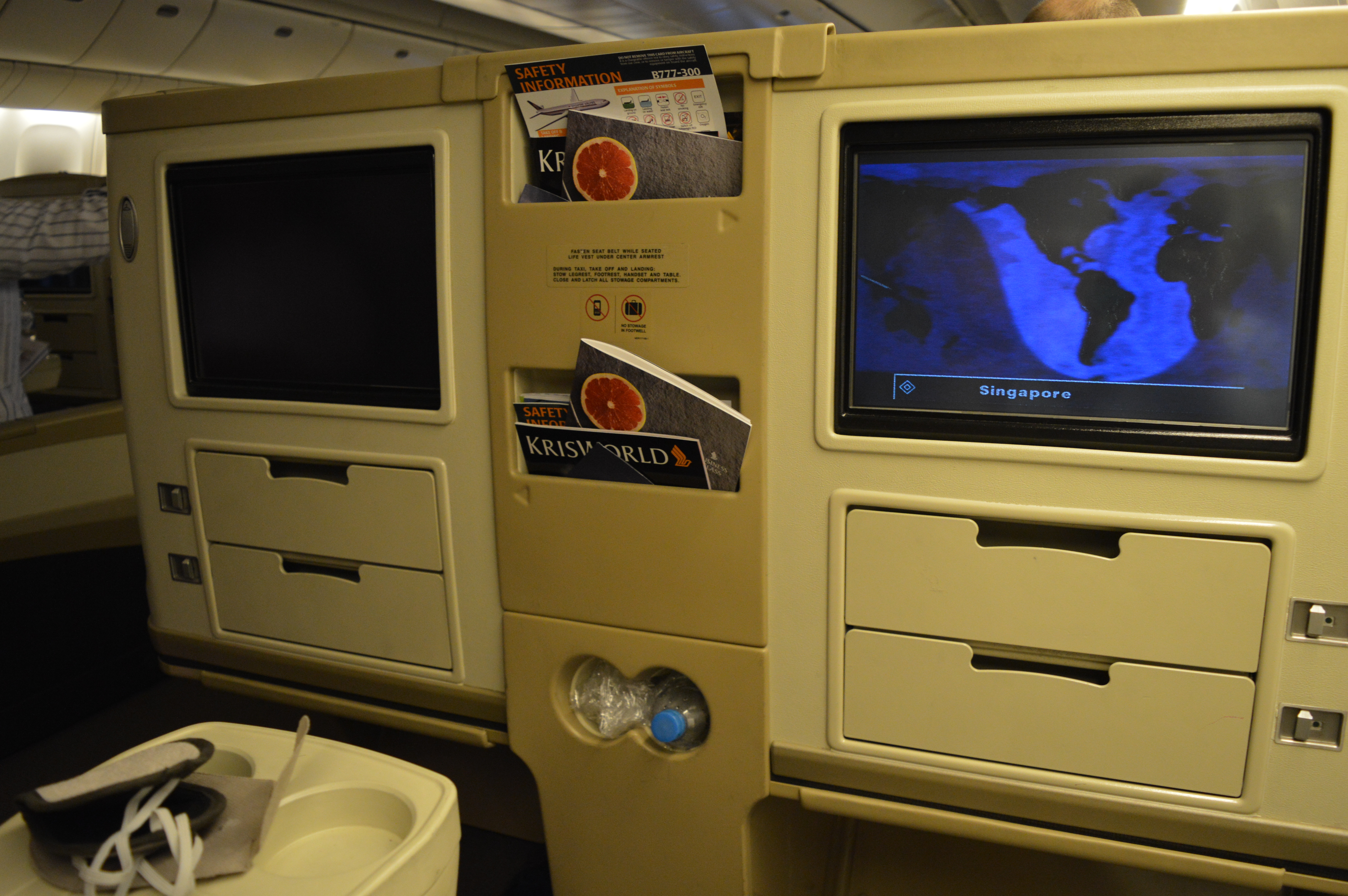 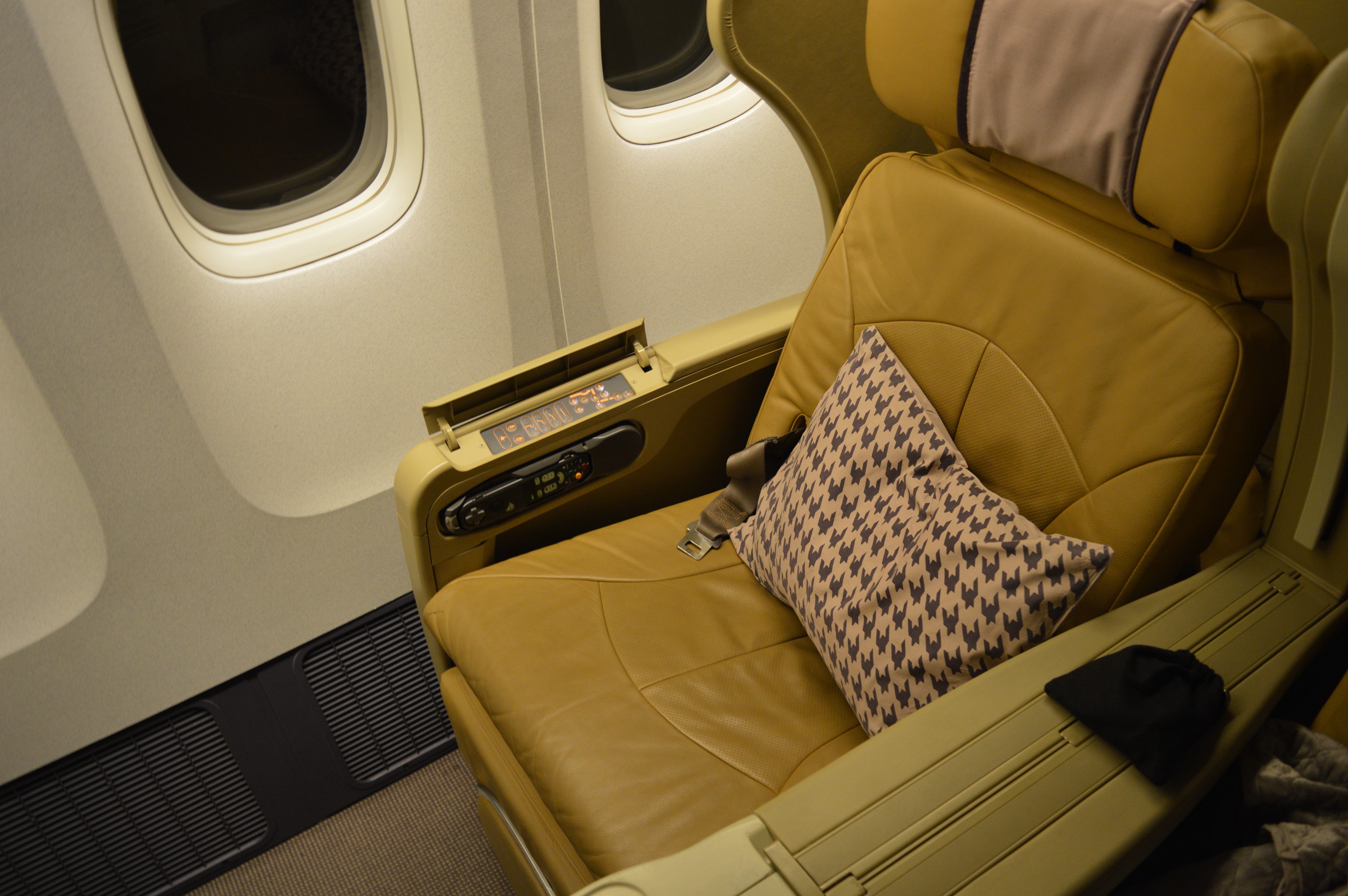 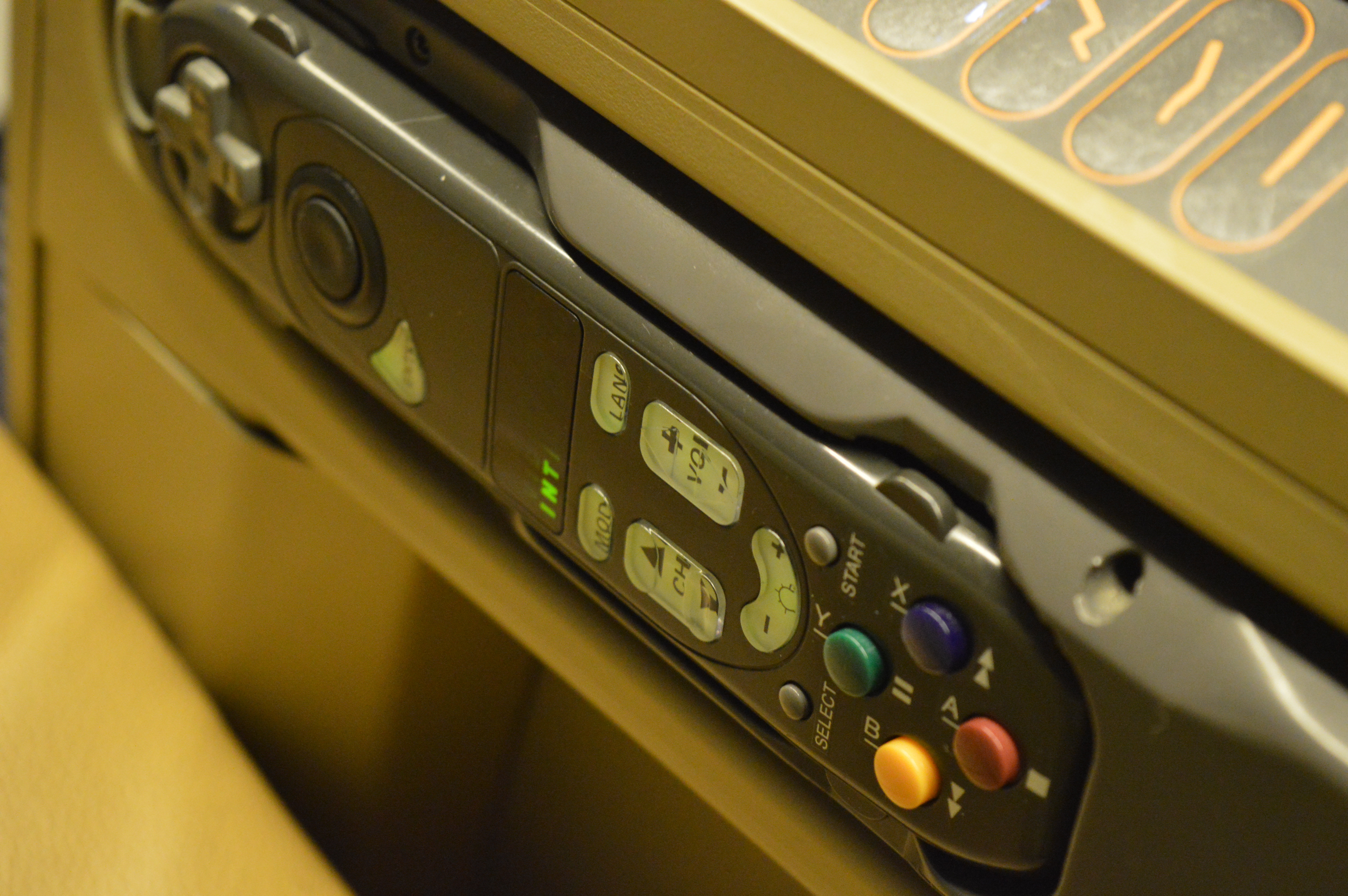 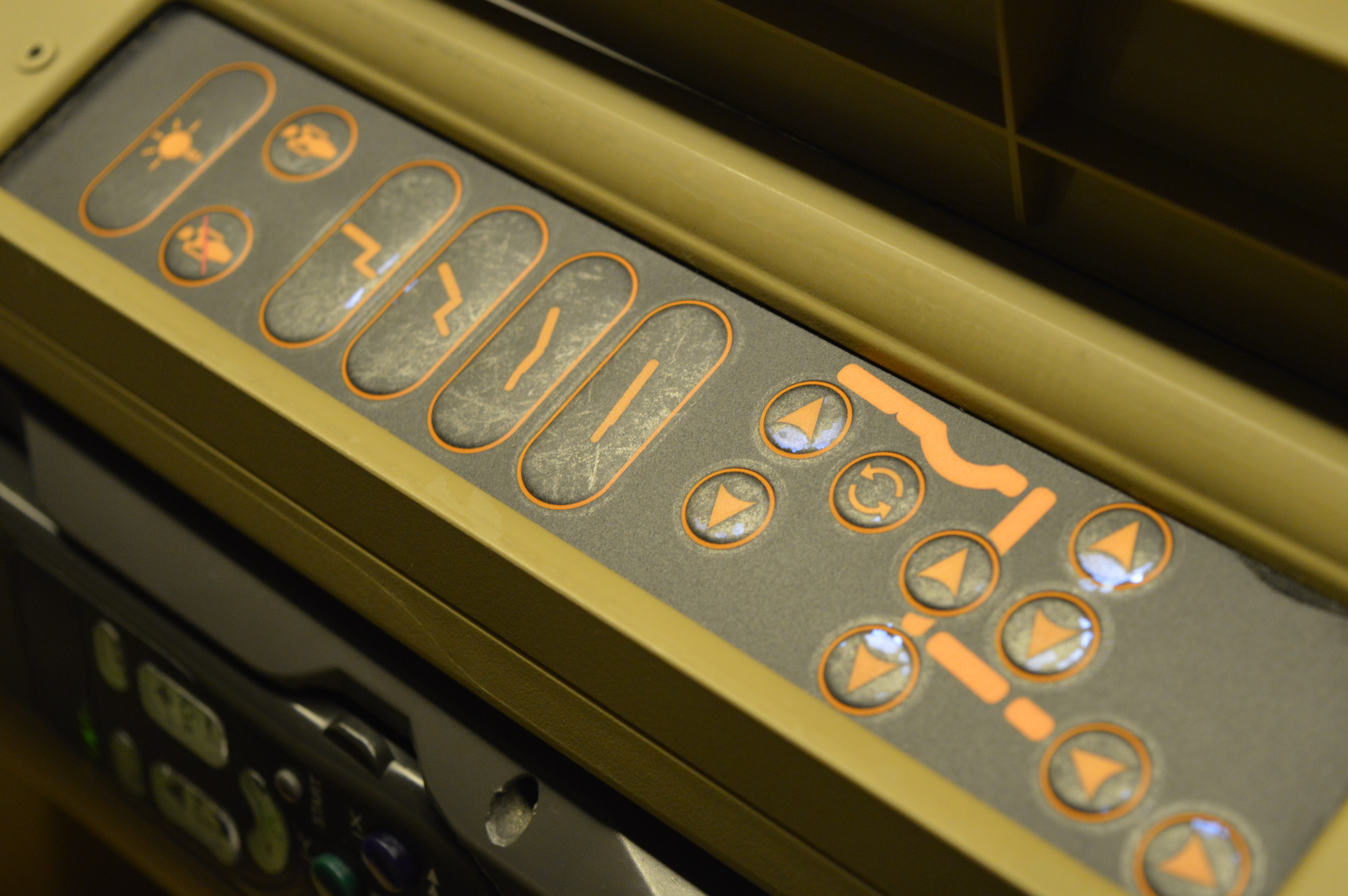 The problem with this flight is that it is relatively short, and after a long dinner service, there’s only time for a short rest before the cabin is woken again for a refreshment service before landing. Thankfully, though, the crew keep the lights dim during the service so those who want to rest can continue to do so.

There were two options for the refreshment, and I regrettably opted for a turkey sandwich. It was honestly one of the less-appealing dishes I have had in Business Class. It tasted alright, but was presented poorly. 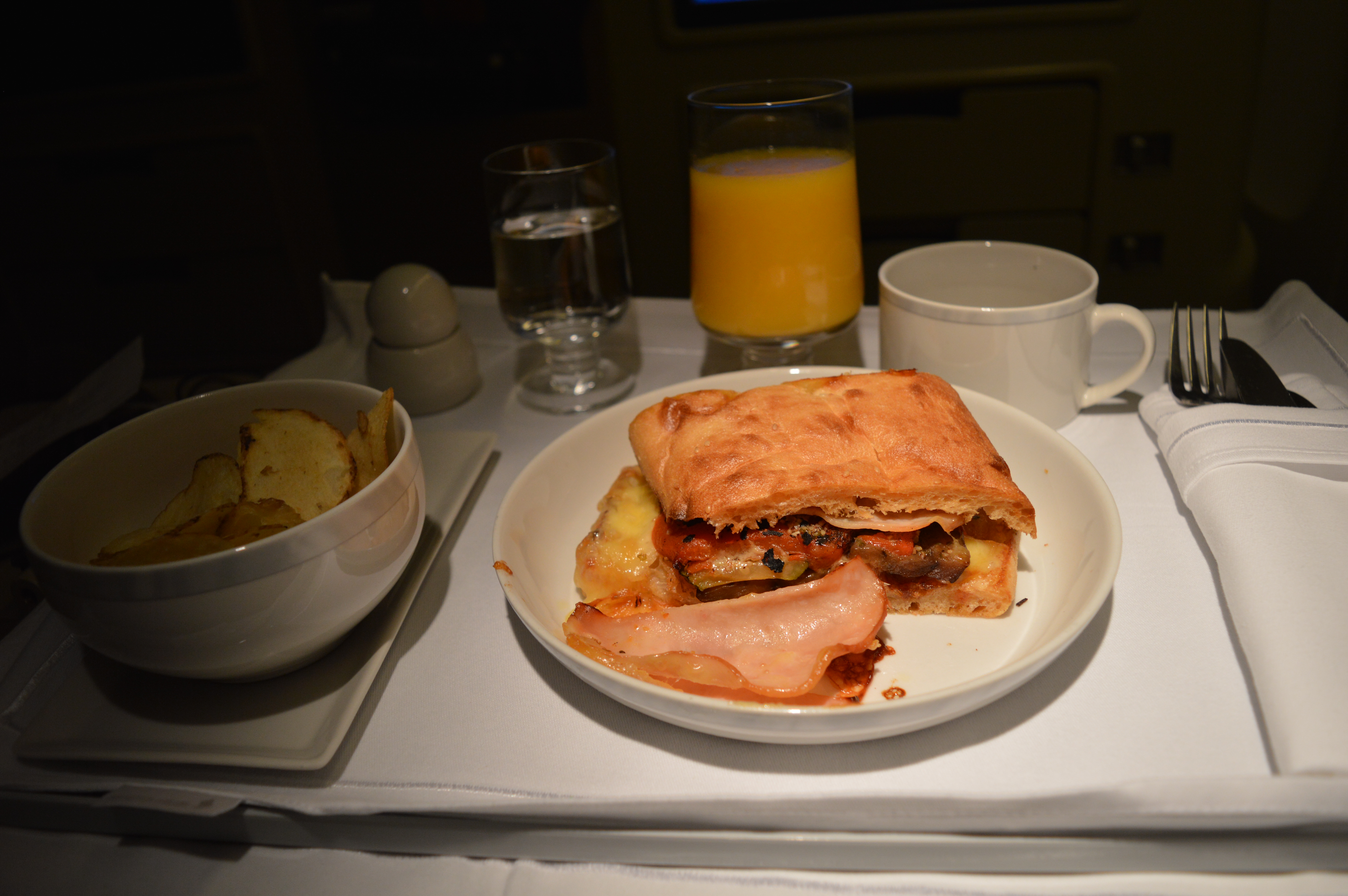 After a few bouts of moderate turbulence, we commenced our descent into Singapore, and landed just after midnight, 2o minutes ahead of schedule.

It was an all-round decent experience, but lacked the usual charm and energy that the crew posses. The medium-haul Business product is now lagging behind the industry standard, so it’s good to see that SIA is intending to phase out the product. Nonetheless, it was a solid flight, just a tad below the SIA standard.