Yet another phenomenal experience with SIA!

Any Singapore Airlines flight out of Singapore is made infinitely better when it begins with drive-up check-in, private immigration and the First Class SilverKris lounge!

We spent the smaller part of the morning in the First lounge, where a generous breakfast was offered. 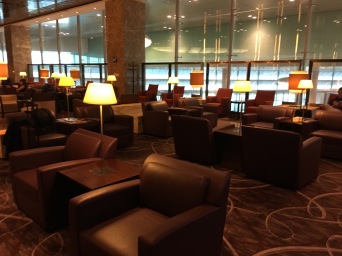 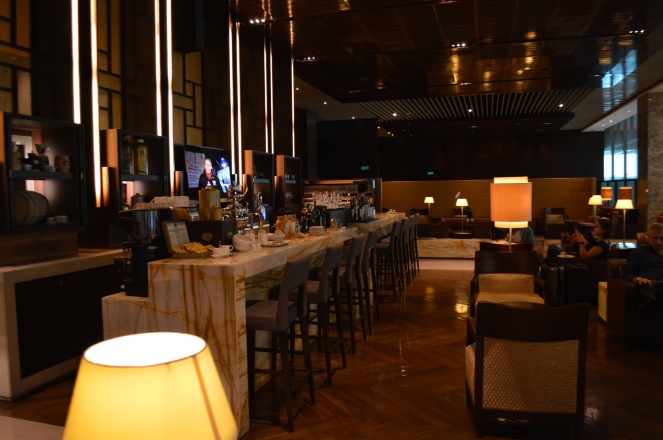 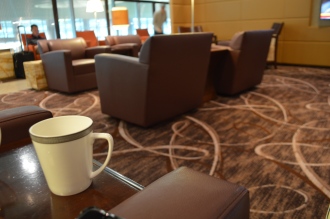 The lounge is located just above the first A gates, and so we headed to our gate (A4) as late as possible. As we were one of the last to board, there was no queue in the air-bridge, and the crew were ridiculously friendly! The leading stewardess, Fi,  created us by name, and very happily escorted us to our seats. I was allocated 17A, a bulkhead seat next to the galley. As the flight was empty, she suggested we move to another area, as the galley can cause noise. I asked whether 96A/K was available and she happily went to check. She quickly returned, said the seats were available, and assisted us to move all our luggage to the very last row of the upper deck. She then introduced us to the stewardess and leading steward in the rear cabin, and left us be. This aircraft featured an all business class upper deck. Usually SQ has a generous economy cabin at the rear of the upper deck, however on high premium routes, this is altered. The last row (96) is almost it’s own cabin, as it is situated just behind the emergency exit. The 4 seats in the row are all bulkheads, and have extra legroom, as well as a full bench area instead of a footwell. It was also much quieter (in terms of passenger noise), as this rear cabin was very empty. The only downside was that it got very cold. As it is right next to the door, it is freezing! But if you walk up two meters, just ahead of the door to row 95, it’s a perfect temperature! I also found that there was extra crew attention, as it was just ahead of the galley. 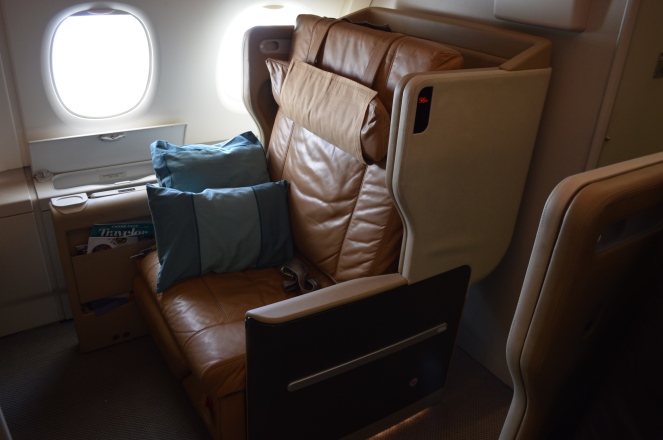 The captain proceeded with his welcome announcement, and noted that our flight time was a little longer than scheduled due to an unfavourable jet stream. We spent a little while on the ground at the gate, and I got talking to the leading steward, Nazri. Easily one of the nicest flight attendants ever, and I told him all about my passion for flying and SIA.

Following departure, orders were taken for breakfast, and amenities were distributed. I’ll note once more that SIA no longer provides amenity kits in Business Class. Instead, each passenger is provided with slippers, socks and eyeshades (not contained in a pouch).  Other things like cologne, toothbrushes, shavers etc. are all available within the lavatories. It’s a little disappointing, but possibly a much more cost effective and efficient method. 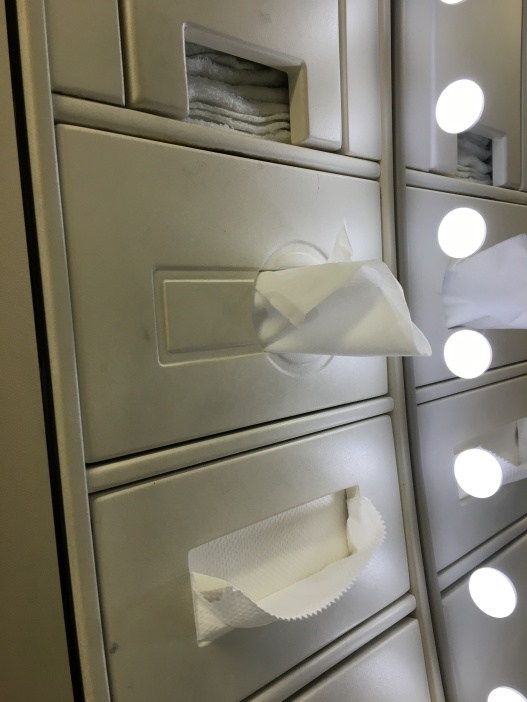 Breakfast began with amazingly fresh fruit, followed by pastries, muesli and a main course. It was utterly wholesome and a wonderful start to the flight. 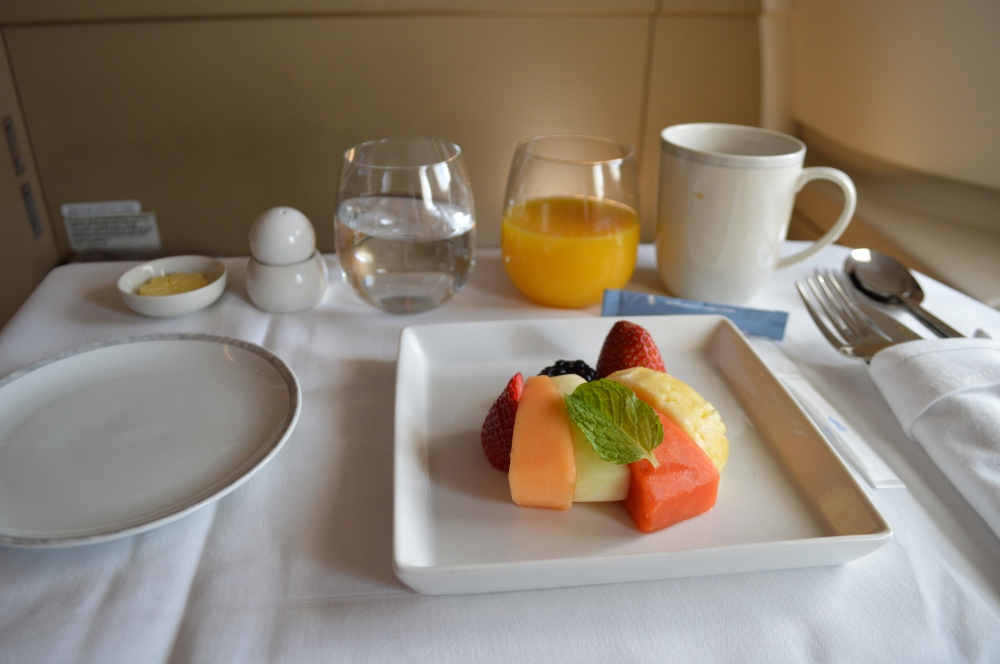 At the conclusion of the service, the lights were dimmed to a sunrise orange, and slowly changed to pink, followed by purple, before finally switching off completely. Hot towels and water bottles were also distributed at this time.

After some time, I left my seat as it was and went for a walk around the cabin. When I returned, I found my pillows neatly arranged, blanket folded and headphones placed on the seat. Gotta love SQ’s personal touches!

After having the bed made by the LS and having a rest, I went to have a chat to the crew. I was told that on such a long day flight like this, they do not simply serve a meal straight after take-off and just before landing. Instead, the second meal service (lunch) is carried out about 7-8 hours before landing. The rest of the flight is then there for rest, and passengers can order from a snack menu at any time.

The lunch service began with SQ’s famous stay followed by the full meal. 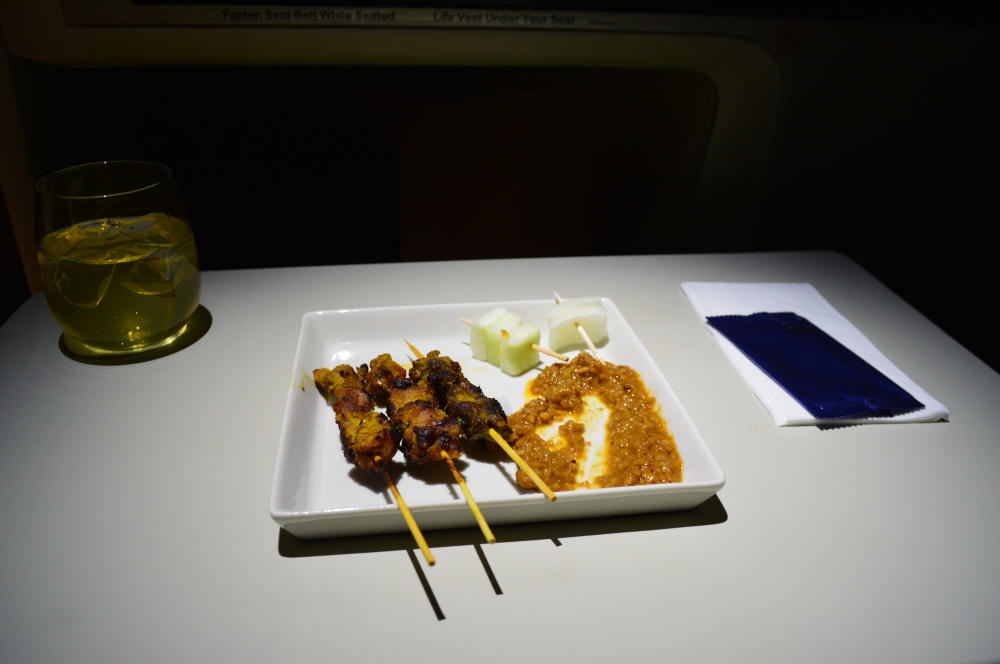 I spent the rest of the flight resting, watching KrisWorld, snacking, and walking around the cabin, trying different seats (the flight was very empty). 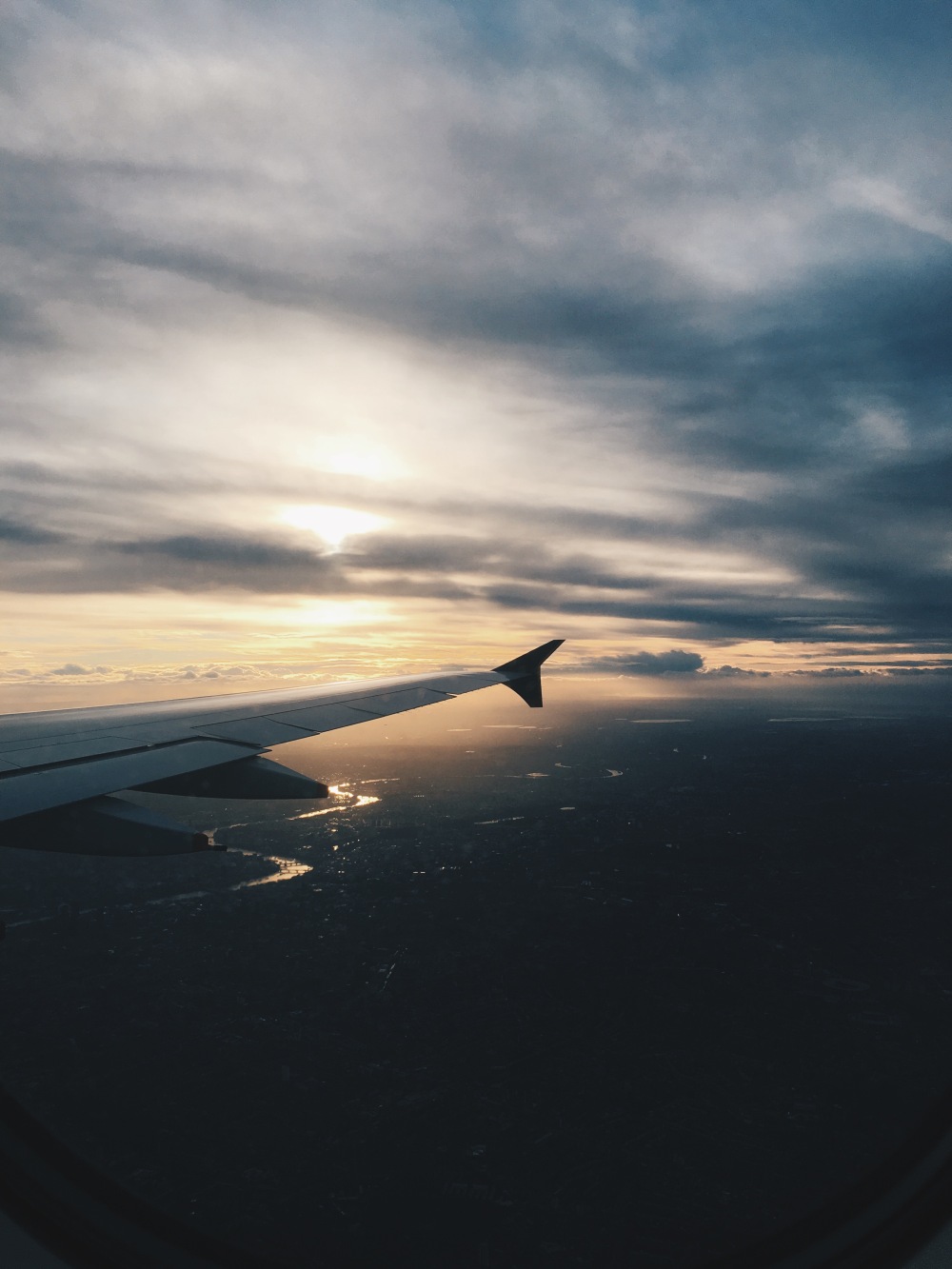 I’ll admit it. Even in Business Class on Singapore Airlines, a 14 hour day flight really does feel like a 14 hour day flight. I honestly didn’t know what to do with myself by the end of it! I nonetheless enjoyed it greatly, and the crew were absolutely fantastic. I found them to be some of the best crew I had ever had, and look forward to seeing them again soon!