Well this was sure to be an experience of a lifetime! An excellent start to our North Korean adventure, onboard Air Koryo’s Tupolev 204-100.

This is the fourth component in the November trip:

The check-in process was rather slow, and there were many other travellers checking-in as well. They comprised mainly of Chinese tourists, as well as several North Koreans. It was puzzling as to why they were travelling in and out of the country, but I’ll explain the dodgy business a bit later. 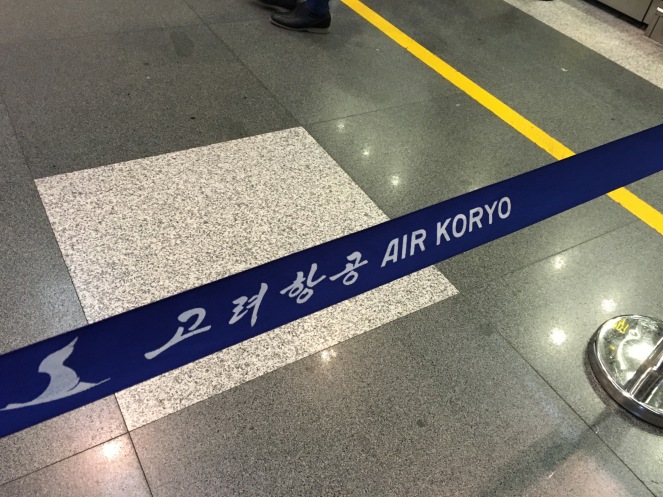 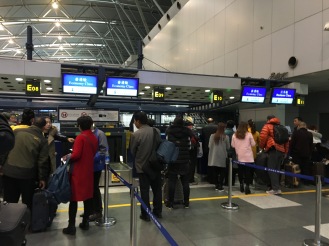 At the boarding gate, two agents slowly ambled up well past boarding time, and eventually began boarding after several Russian diplomats boarded first. No boarding call was made, and people just began flooding onboard. Boarding cards were also not scanned, but simply torn off. 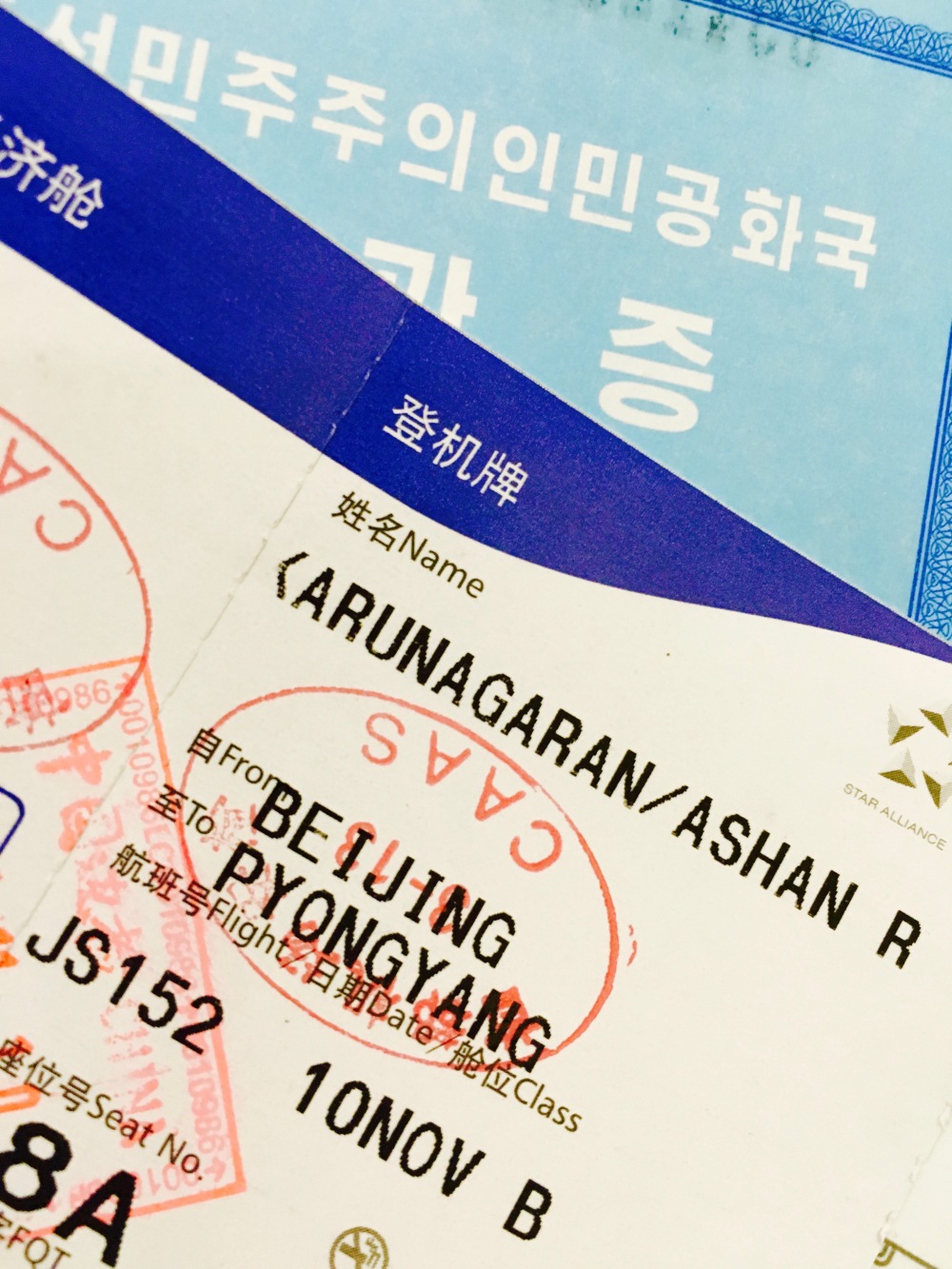 As part of the “premium”service, North Korean newspapers and magazines were offered complimentary at the aircraft door.

Once onboard, the crew barely greeted us, and unlike on other airlines, the boarding cards were not at all checked. When walking through the cabin, however, they were friendly enough to say “Hello” with a smile. The boarding music was some strange North Korean propaganda… 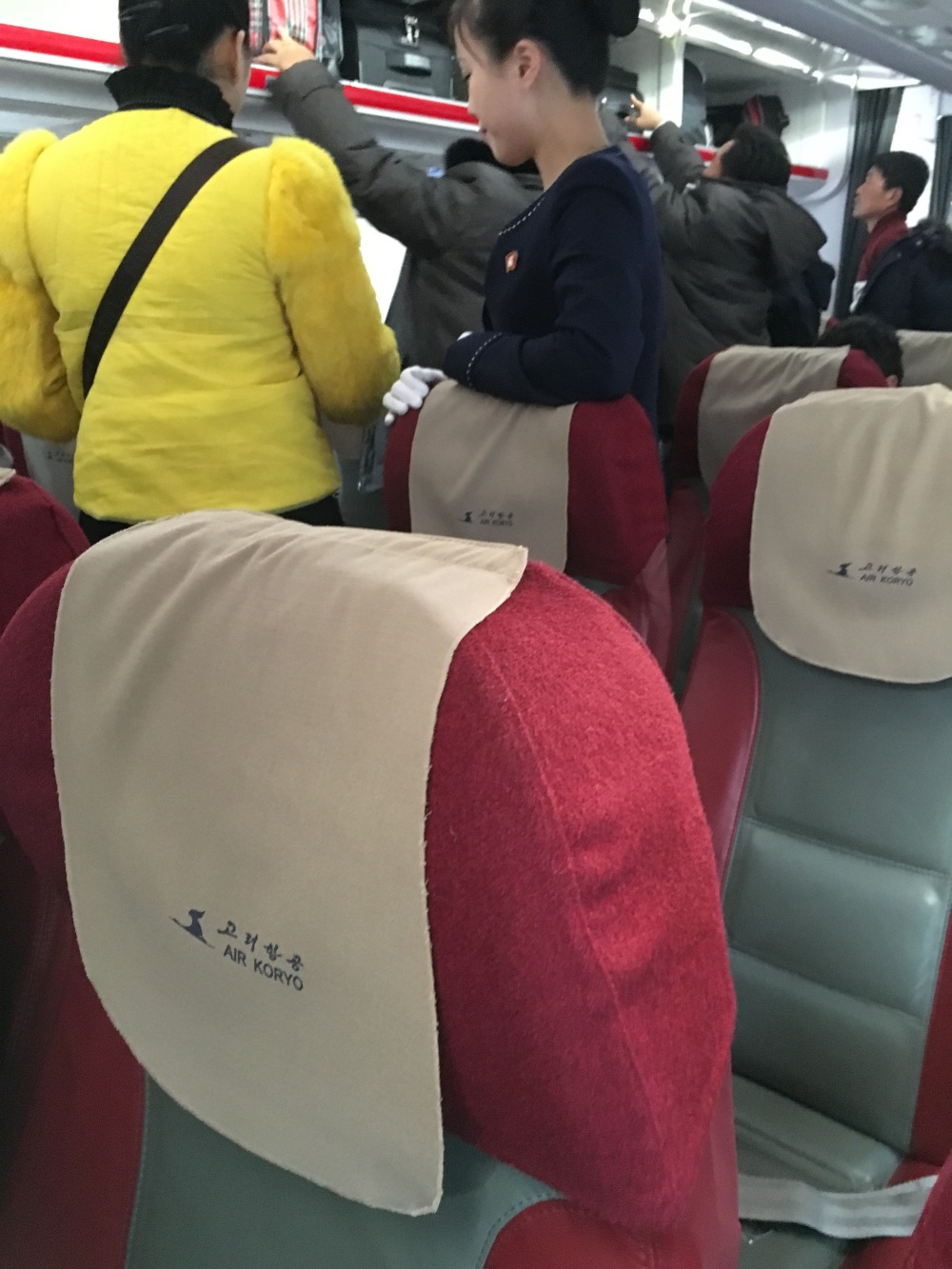 I then asked one of the stewardesses for a copy of ‘The Pyongyang Times’ and much to my surprise, she remembered my seat and delivered it promptly, all in the middle of boarding. 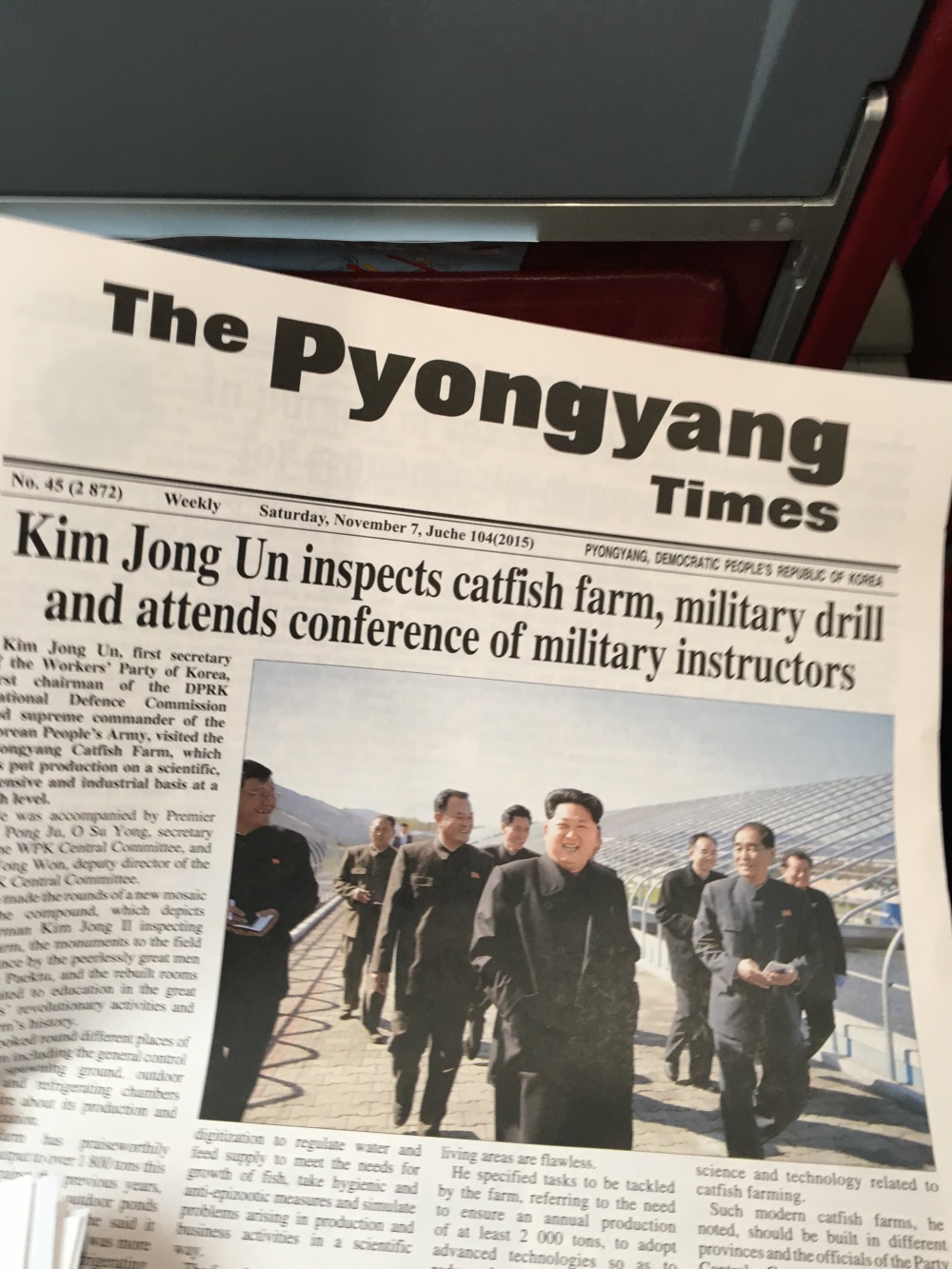 As we began taxiing, the true age and poor quality of the aircraft showed. The engines were loud, as were the flaps, and there were horrible creaking and cracking noises whenever the aircraft turned on the tarmac.

As take-off began, the captain allowed the engines to stabilise at 50% for a very long time before applying full thrust. There was a short run, before liftoff with an incredible loud bang as the gear retracted.

At cruising altitude, I took a walk around the cabin, and noted its unusual layout. there are two lavatories right in the middle of Economy, separating the forward and rear cabin. There are two galleys, one at the front and one at the very rear. The seats were laid in a 3-3 configuration, with similar sizing to that of a 737 or A320. 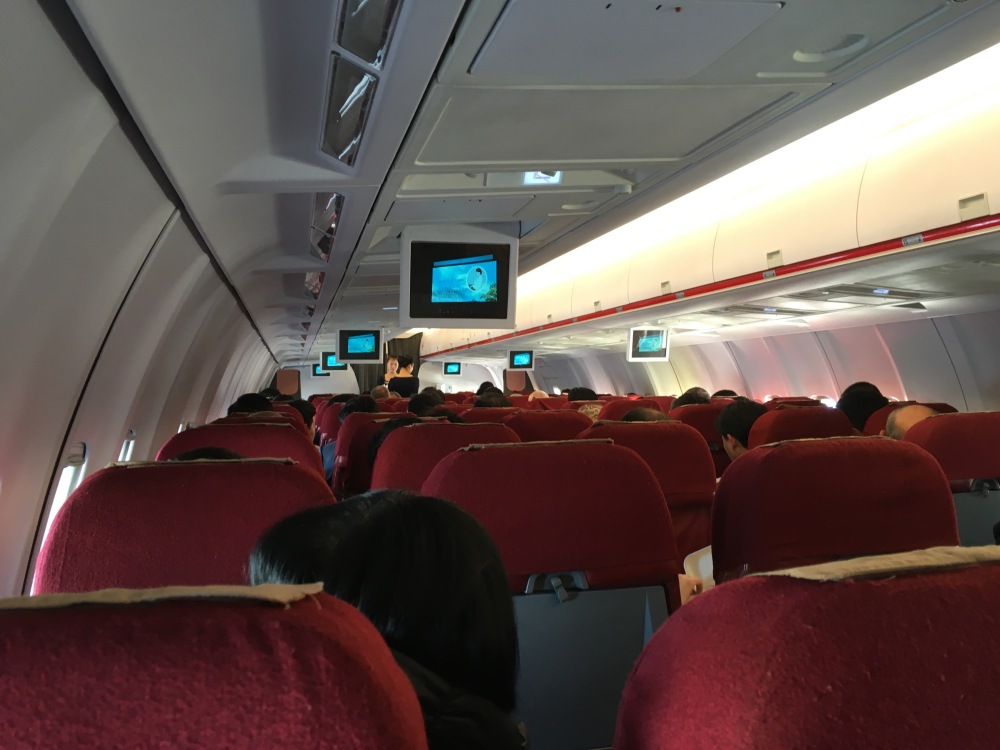 The seats were made from red ‘leather’, with adequate legroom (however fairly narrow width). Old-style TV screens emerged from the ceiling, and displayed North Korean pop band music, which could be listened to through an outlet in each seat. Passengers could also control their own audio channel and volume… High tech stuff! 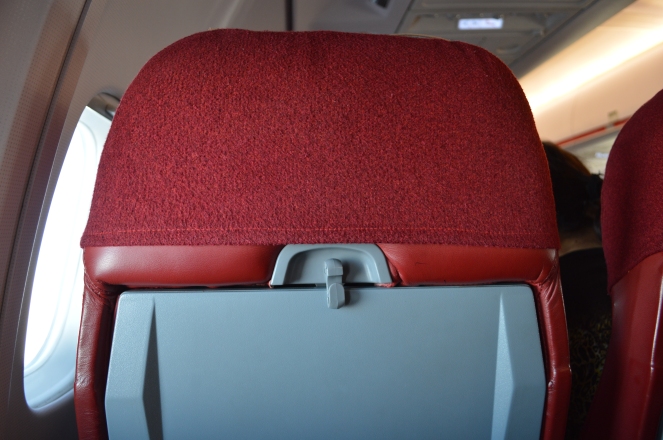 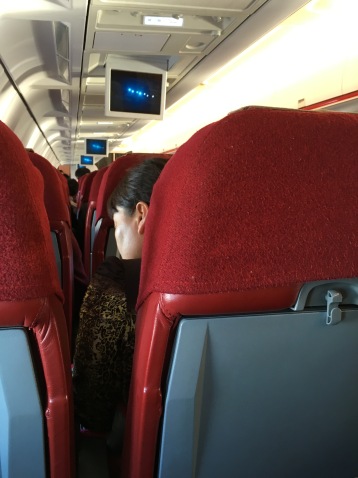 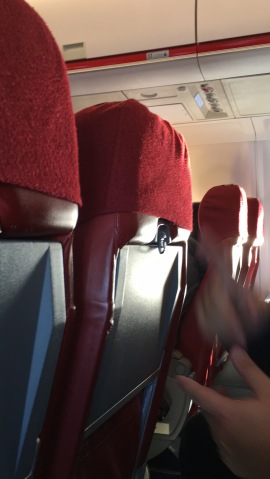 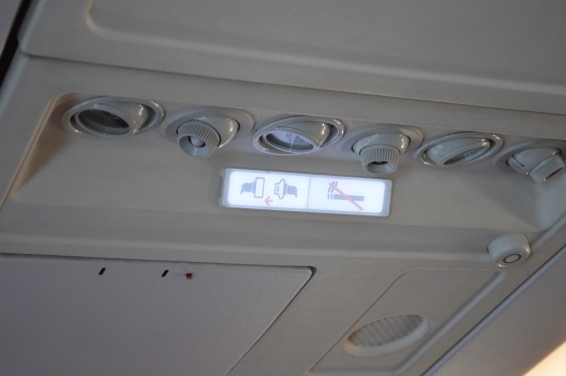 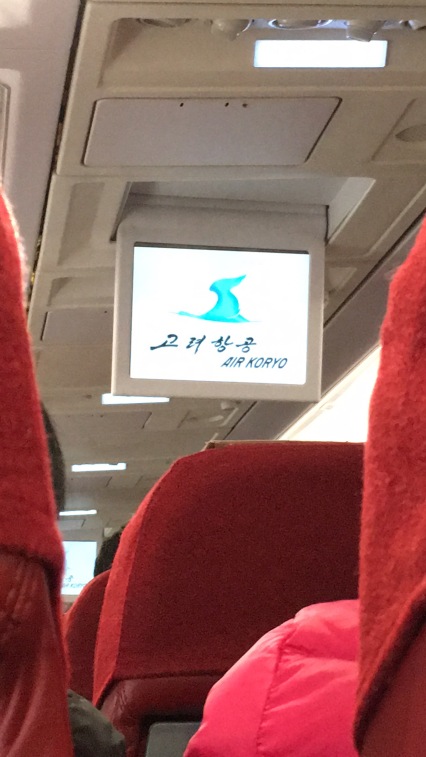 The crew then served a refreshment, which consisted of a moist towelette and a famous Air Koryo burger. The burger was…well…less than average. 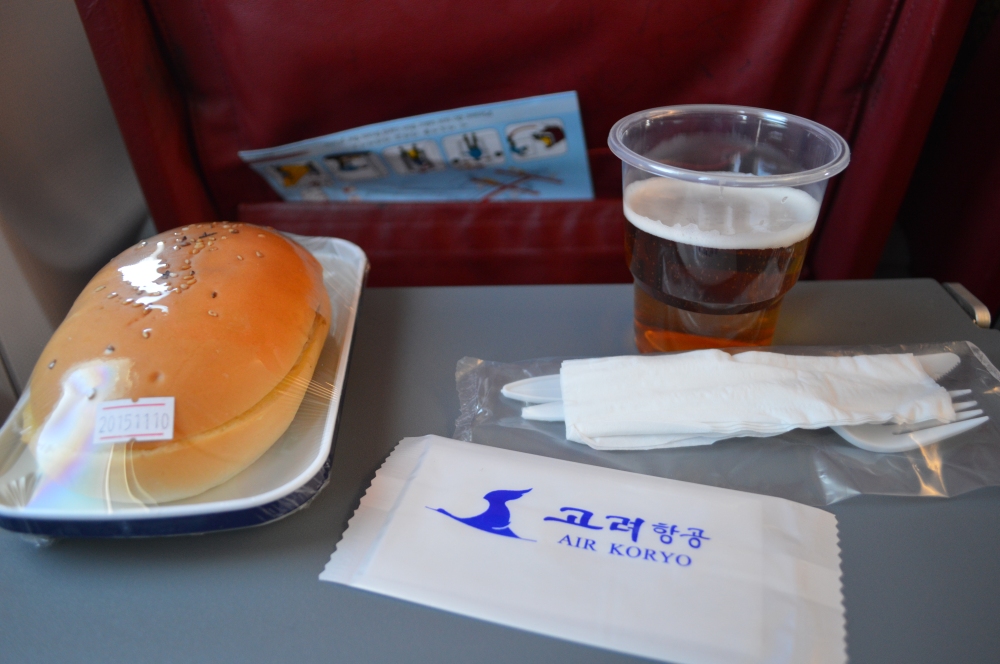 This was followed by a drinks service, with several choices including North Korean beer, water and soft drinks. As recommended by many, we tried the beer, which was surprisingly good!

I also visited the lavatory, which was…well…Let’s just say the hand soap was nothing more than a very used bar. 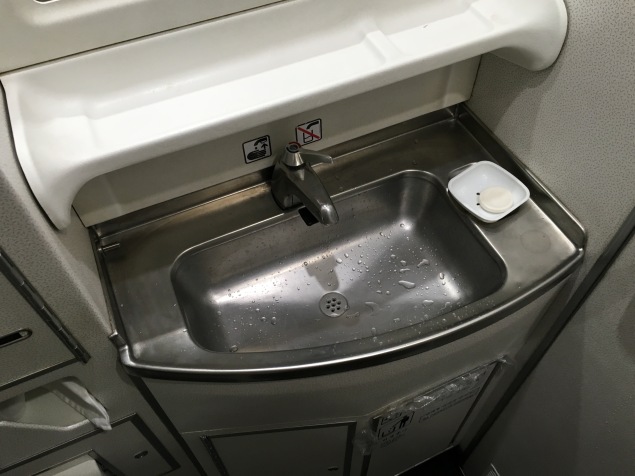 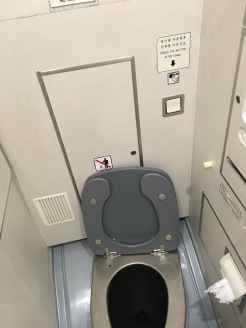 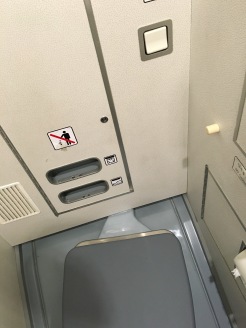 The rest of the flight was uneventful, with stable flight. One thing I did notice, was that the aircraft made several turns left and right en route. I am not sure why it is this way. Perhaps they are avoiding certain airspaces? 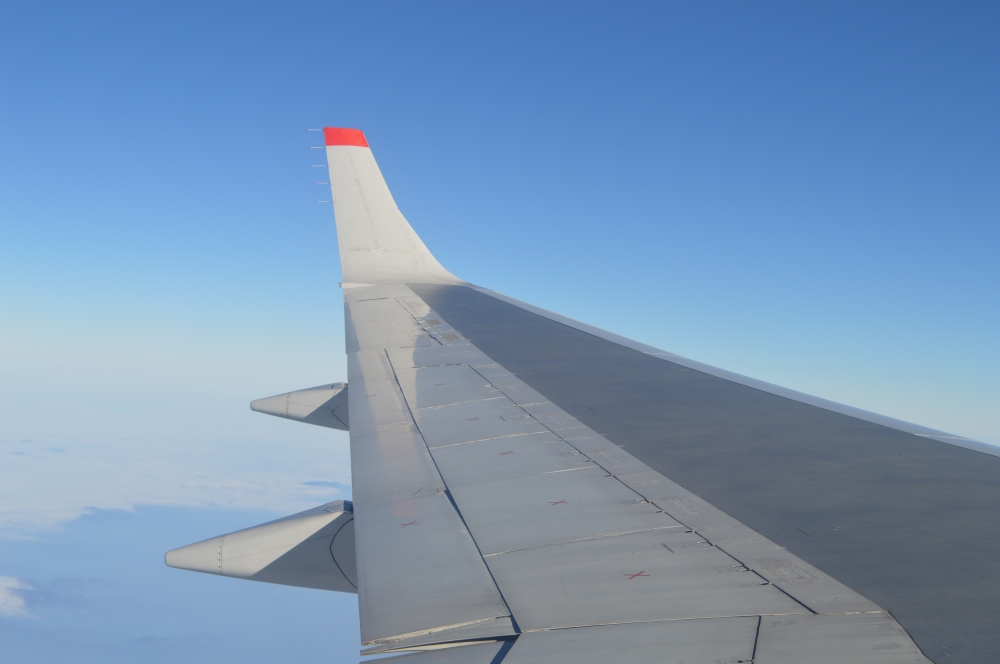 Anyway, after about an hour and a half of flying, we touched down in the ‘glorious’ Pyongyang International Airport, where the aircraft was met by several 1950’s fuel and baggage trucks. I’ll also note that immediately following touch-down, several passengers stood up and started accessing their luggage whilst the aircraft was still on the runway. The crew ended up doing the same, and I assume this is the norm. 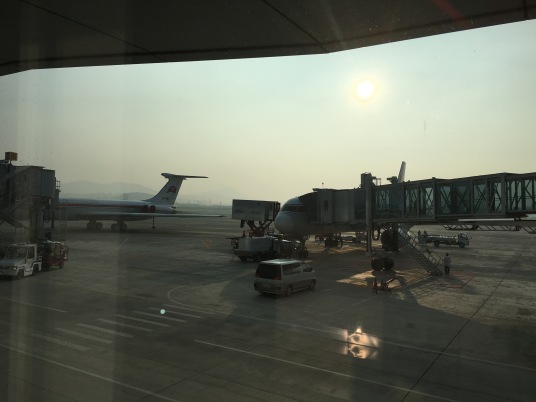 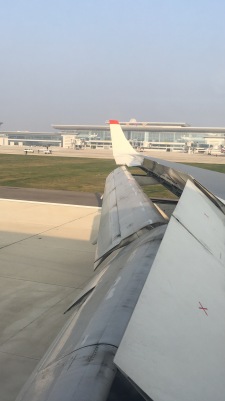 After landing, baggage claim was extraordinarily slow. Here is when I began to figure out more about the many North Koreans travelling. There were dozens and dozens of large cardboard boxes that were delivered on the baggage belt, all collected by delegates already at the airport. These were the boxes  being checked in by the North Koreans in Beijing. Seeing as the country are not allowed to trade with most nations, my thinking is that they send people to China to buy things and then bring them back through an indirect, private importation. Dodgy, dodgy, but it’s what they do!

Well, it was quite intriguing to fly Air Koryo, and experience the airline that so many talk about. It’s supposedly the only ‘1-star’ airline in the world, but from my experience, I think it is actually alright. It is certainly better than some budget carriers from the west, made true by their complimentary inclusions and friendly cabin crew.