Skip to content
Today (Friday 30 August), marked the beginning of a new 787 Dreamliner service to Australia. Air India previously operated the Australian routes, but after a 16 year halt on their Australian flights, the airline has returned with a bang.
The flight operated was AI 312 that will fly Delhi – Sydney – Melboourne. It touched down this morning in Sydney at 8:29 am (14 minutes behind schedule), and then landed in Melbourne at 11:59, 39 minutes late.
The aircraft was greeted with helicopter fly bys for photos as well as a traditional water salute courtesy of Air Services Australia.
Air India is offering these flights for around AUD$1,100 return depending on time and date. They are one of the few airlines, along with United Airlines, who operate the 787 in the 3-3-3 (9 abreast) configuration in Economy. The airline offers an 18 seat Business Class cabin at the front in a 2-2-2 configuration.
The troublesome Dreamliner has caused setbacks in many airlines since its 2011 introduction to service. The world’s 787 fleet were grounded by the FAA in January this year after battery and fire faults. Qatar Airways was scheduled to launch the first commercial 787 flight to Australia with a Doha – Perth route, however this was put back because of delivery delays.
This all comes soon after Boeing revealed the first finished Boeing 787-9, the stretched, longer range edition. Air New Zealand will launch this aircraft next year. The third 787 edition will be the 787-10X, of which Singapore Airlines is the launch customer with the largest order. These should enter service some time in 2015-2016, and will be equipped with SIA’s next generation cabins. 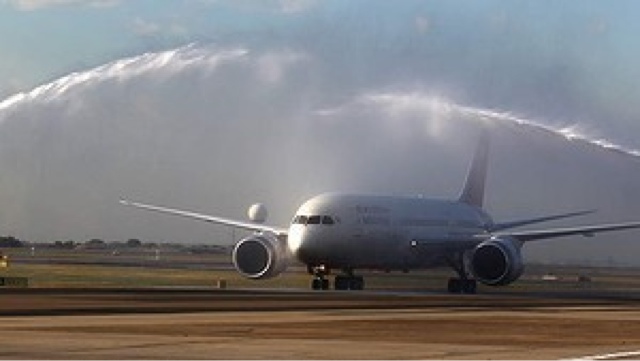 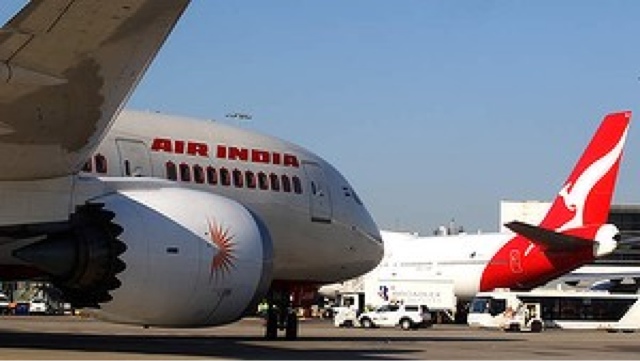 The aircraft on the ground in Sydney (Photo: Rob Homer) 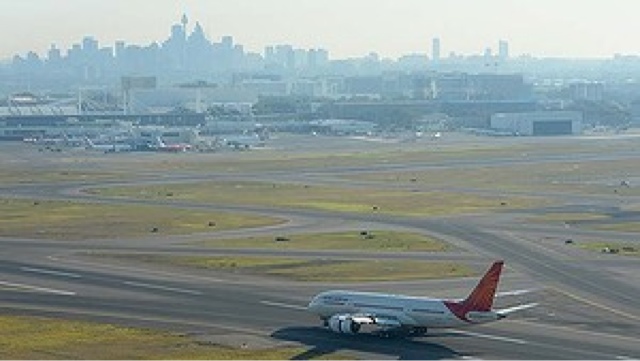 On the runway in Sydney (Photo: James Morgan)
Advertisement