Qantas have revealed their new seats to be fitted in their 787 aircraft due to land in Australia this time next year. The first routes are yet to be announced but Qantas expects to announce them in December, where it is likely they will be choosing a current 747 route for the aircraft to replace. Over time eventually, the 787 will start flying brand new routes for the network, which are currently tipped to be; Sydney-Paris, Melbourne-Dallas, Melbourne-Rome and possibly the highly anticipated flight from Perth-London.

Qantas will fill their cabins with:

The configuration fits up to 236 passengers per flight which in a medium density configuration, comparatively Air New Zealand have 302 seats on their 787-9, while Japan’s airlines, JAL and ANA fit 215 and 195 seats respectively.

Alan Joyce claims this layout has been chosen for the long haul flights the 787 will be flying; “We’re planning to make the most of the 787’s amazing range, so we’ve designed the cabin to give Qantas passengers a better experience on long-haul flights”.

It’s not just the seats that are getting the upgrade; “We’re also redesigning the in-flight experience for the Dreamliner, from rethinking our menus to making better use of the self-service bars during different phases of flight.” – Joyce.

The Business class seats to be fitted onto the 787 are very similar to the new seats fitted onto their A330’s, with an adjustable privacy divider rather than a fixed wall. The colour scheme on the seats had been toned down to match the aircraft’s interiors. Small design changes are possible but will be more noticeable when we see the seats fitted soon. 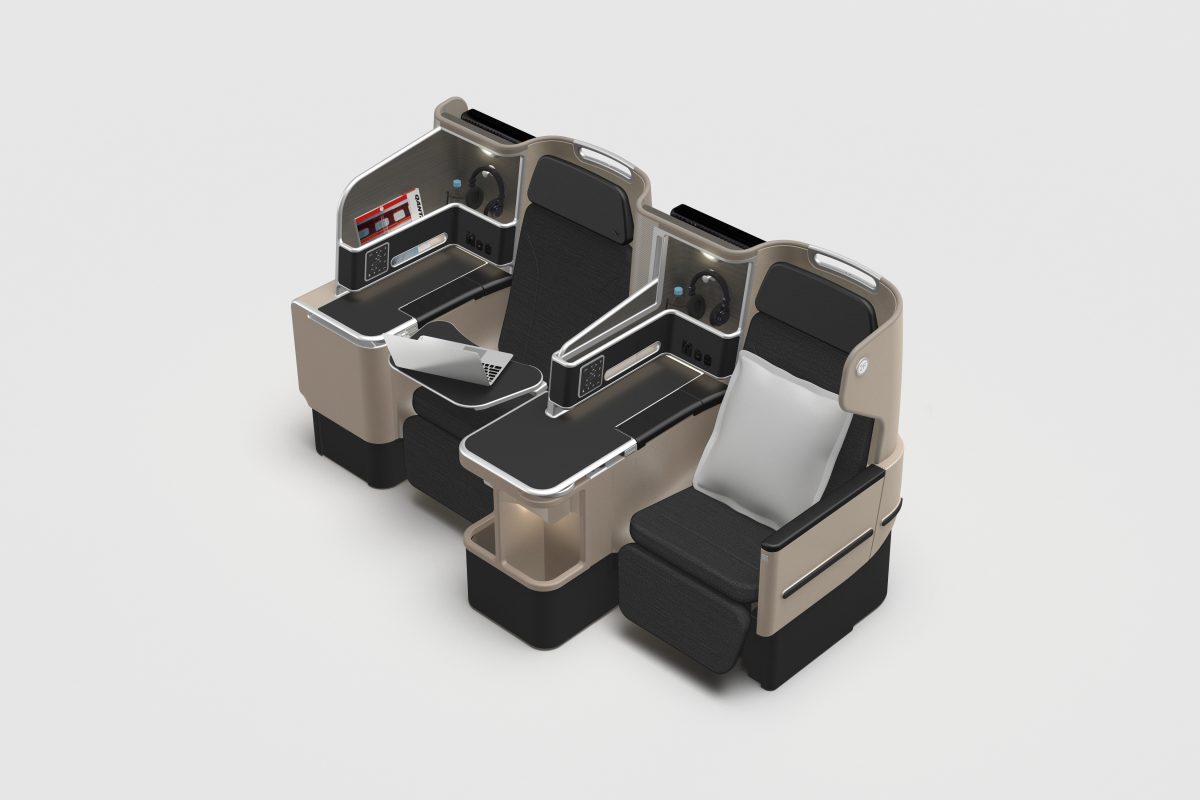 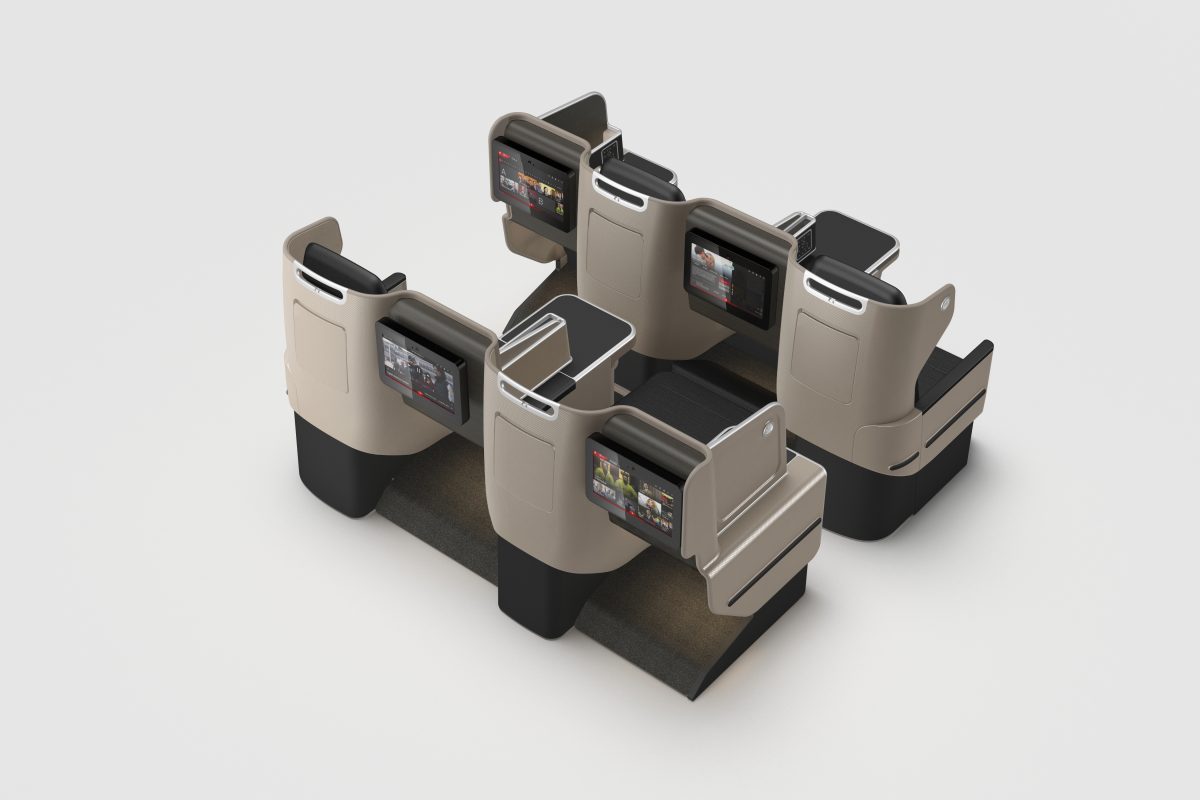 Qantas have neglected to announce their 787 Premium Economy seats until 2017, enforcing their promise of a “revolutionary” seat that will be “class leading”. Joyce mentioned that the number of Premium Economy seats if flexible and can be changed to meet demand over time. We’re looking forward to seeing how revolutionary a 2-3-2 seat can get! It’s tipped that Qantas may be fitting the Thompson Aero Cozy suite to the 787. 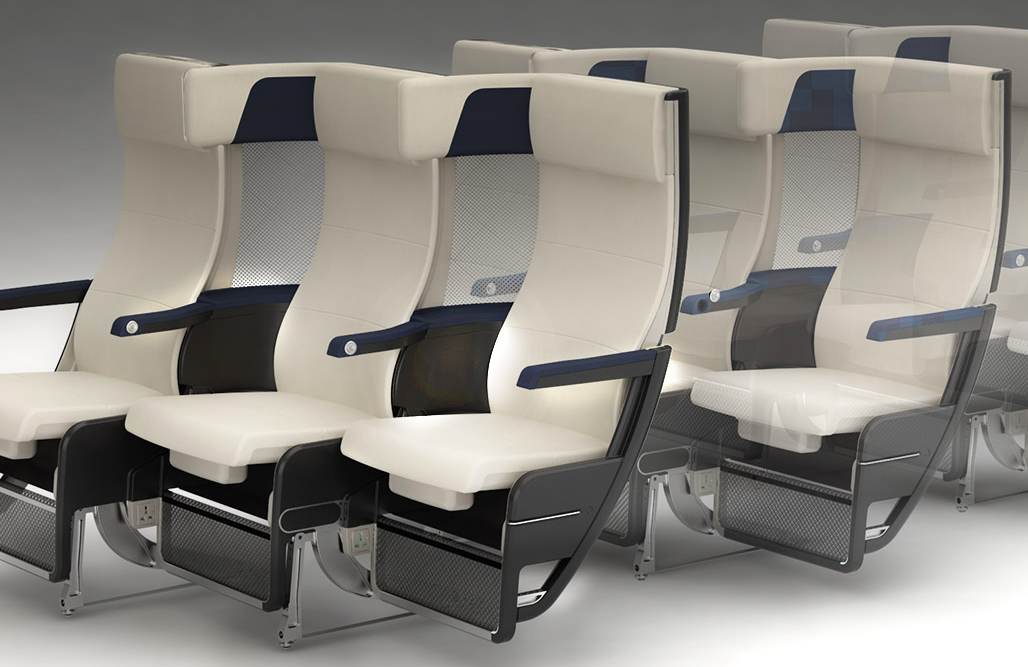 Qantas have redesigned their award winning Recaro seat to improve comfort for the masses. The 166 seats in a 3-3-3 configuration each have an extra inch of pitch (distance from one point on a seat to the identical point on the seat in front) when compared to the seats fitted on Qantas A380s boosting it to 32″. The seat design not only improves on legroom but also knee room thanks to smart design. Storage has been a key focus for Qantas with a small storage cubby added beneath the 12″ IFE screen and a tablet stand as well as extra pockets. Each seat has a USB port and judging from the mockups there are 2 universal AC powerpoints for every 3 seats. The seat has 6″ of recline. Each seat is fitted with an individual reading light rather than overhead ones which prevents adjacent passengers being disturbed. 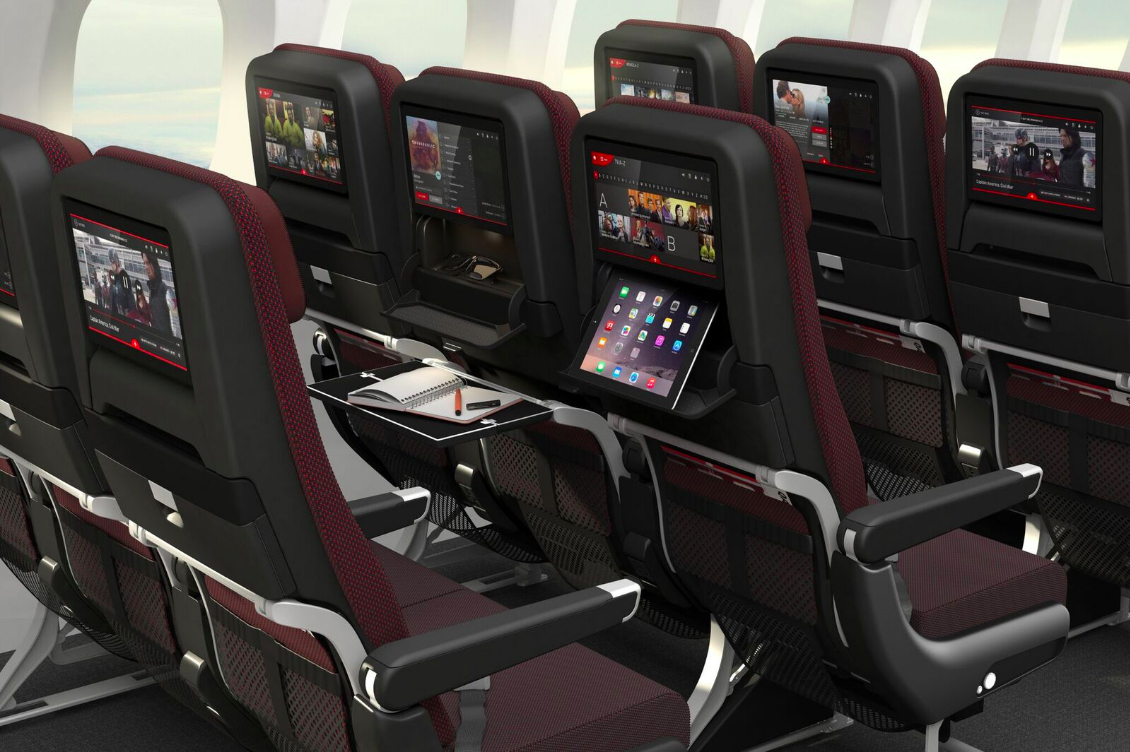 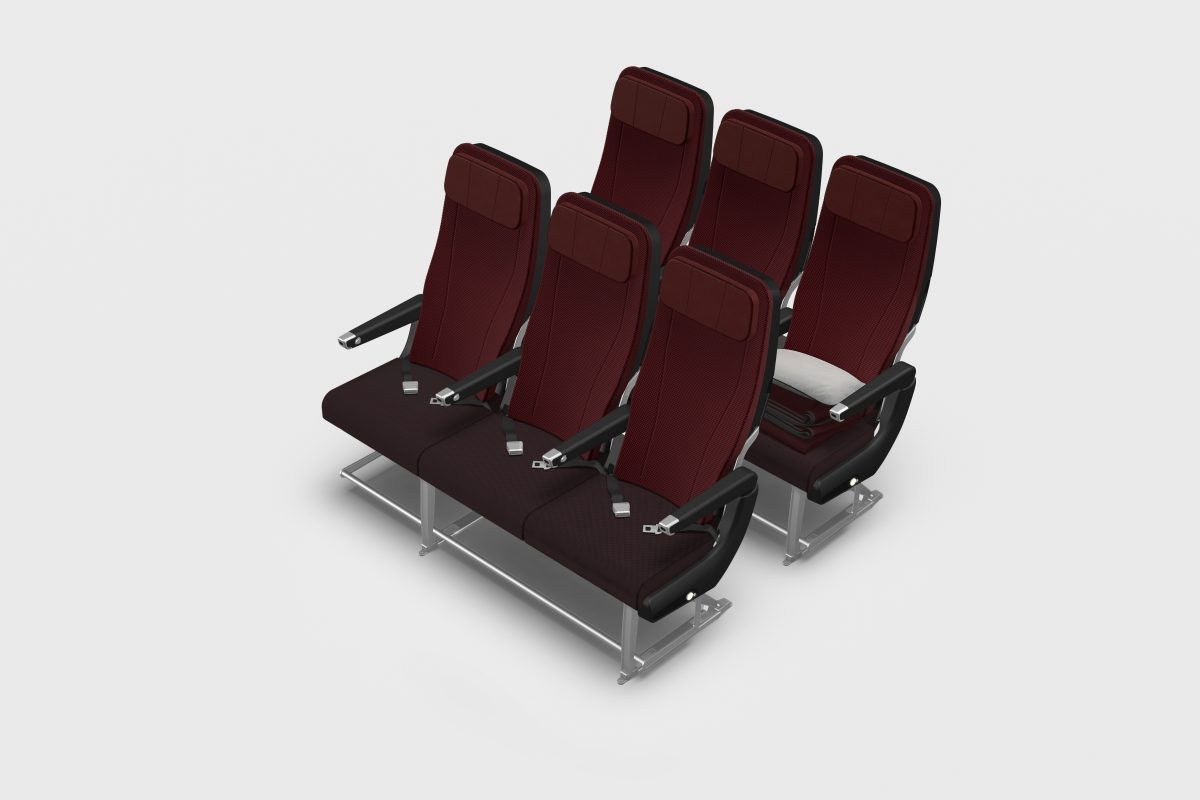 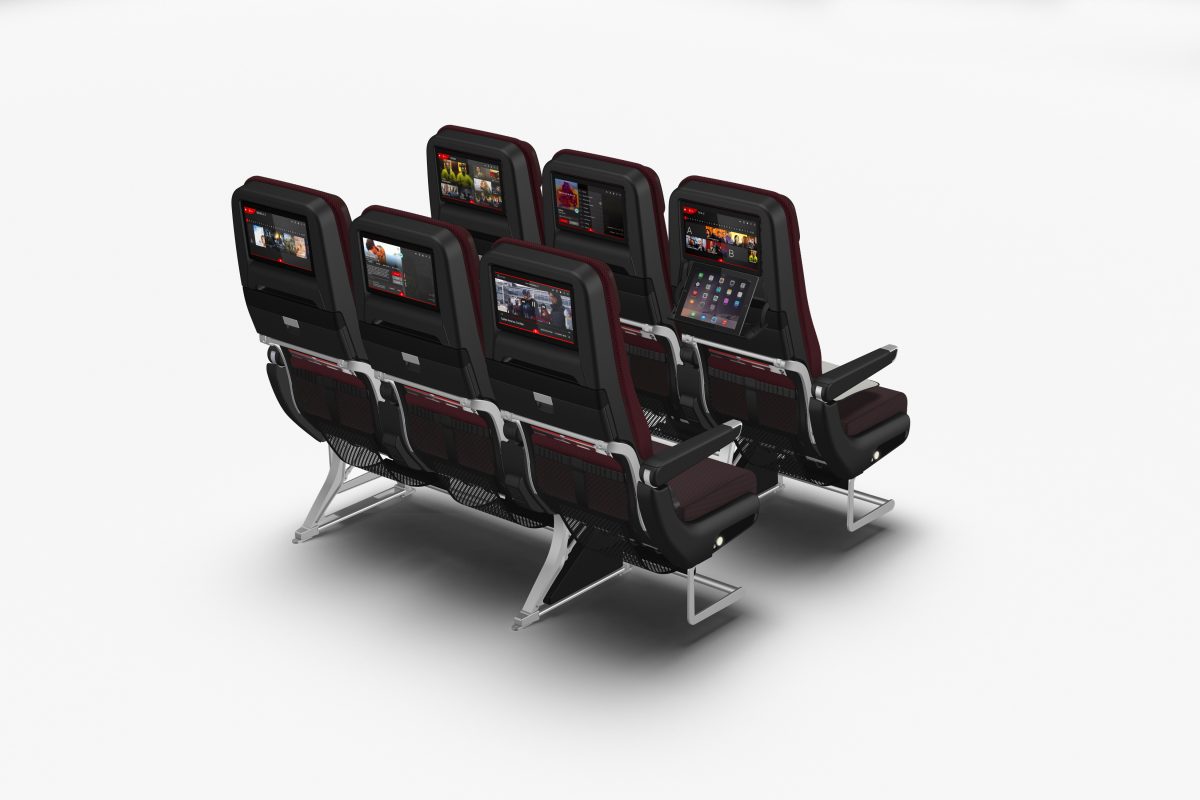 Along with the announcement of the new 787 interiors, Qantas have chosen to update both their logo and their livery to be painted onto all of their aircraft by 2020. The newer livery incorporates: 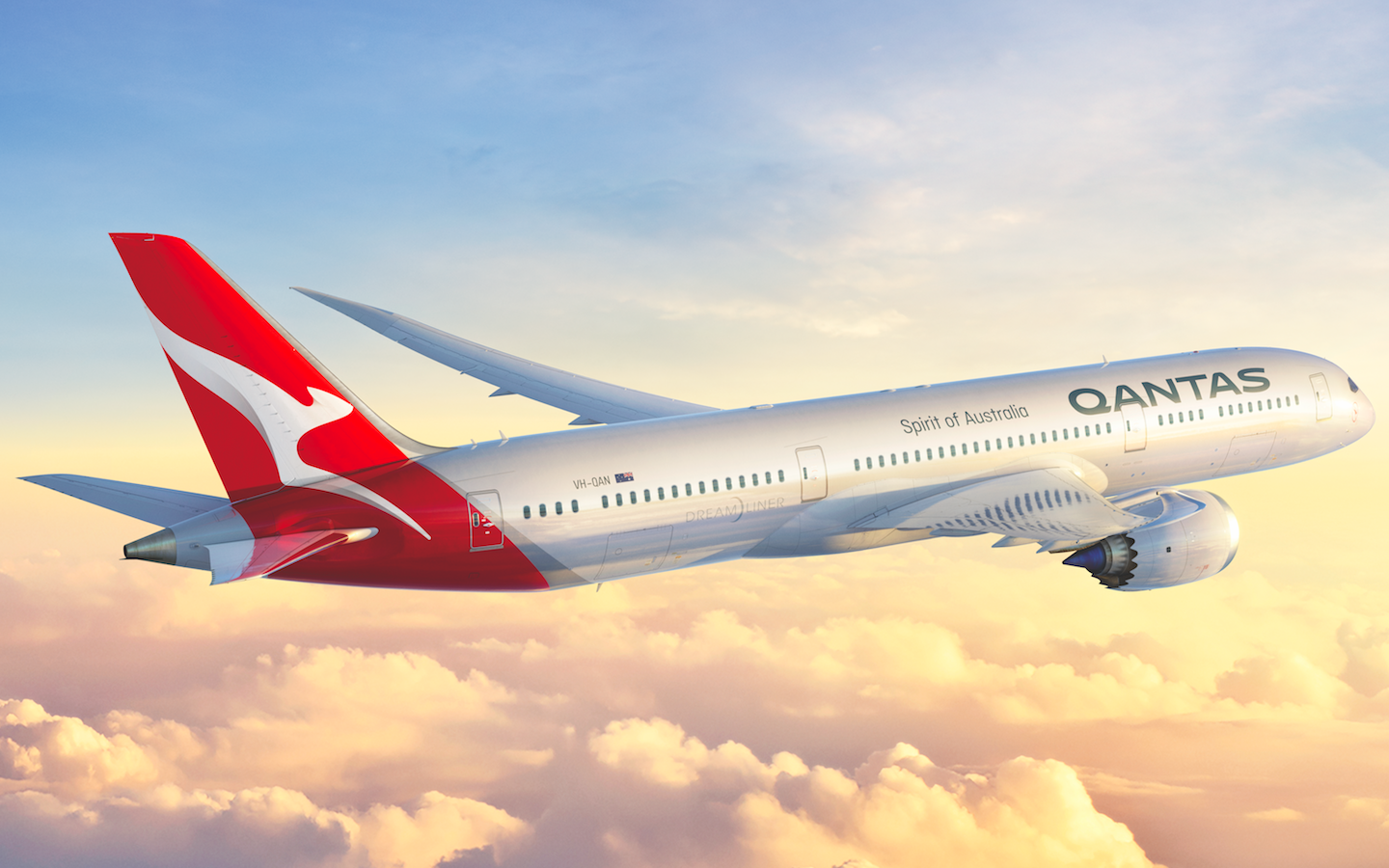 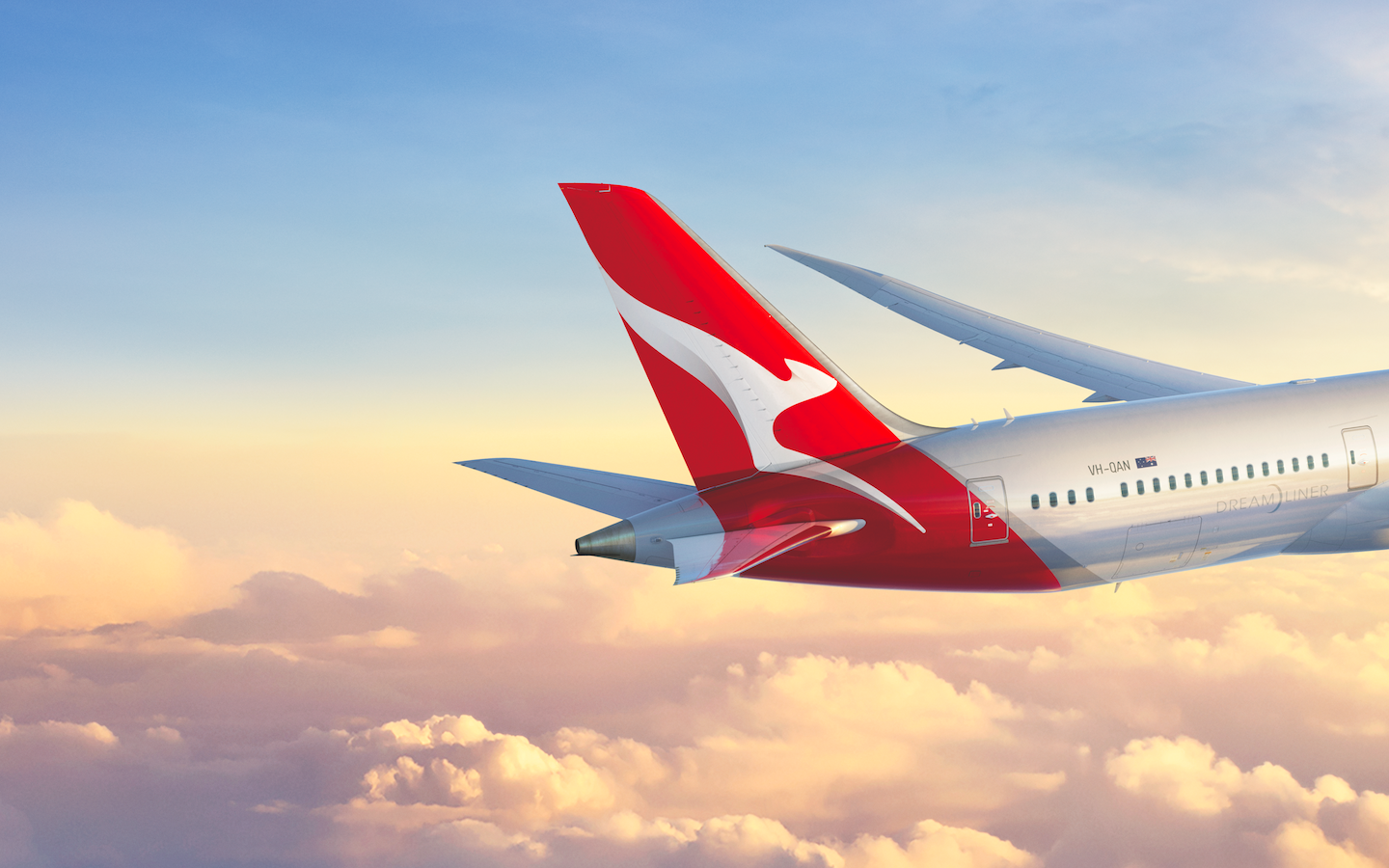 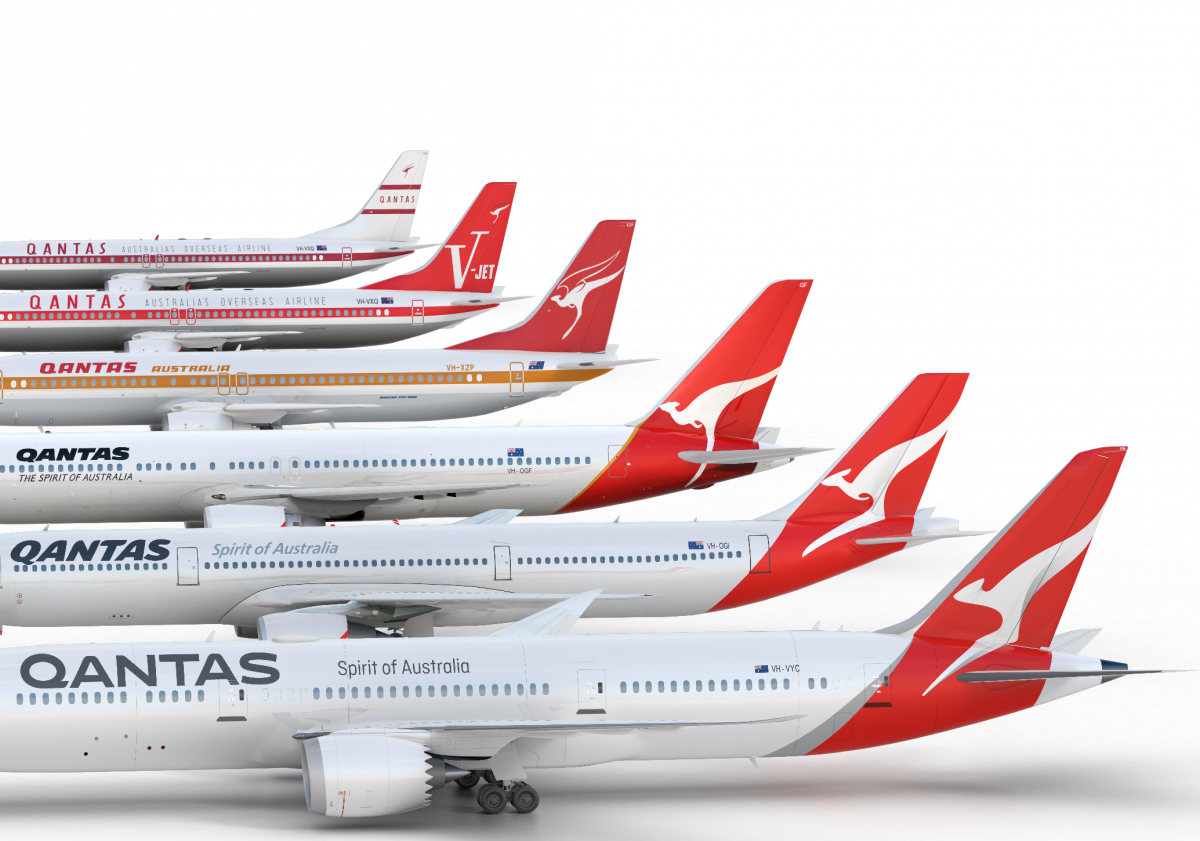 Personally, I’m starting to like the livery more and more, however, many Australians have expressed their dislike for the new font. The Qantas logo and typeface has also been modernised. 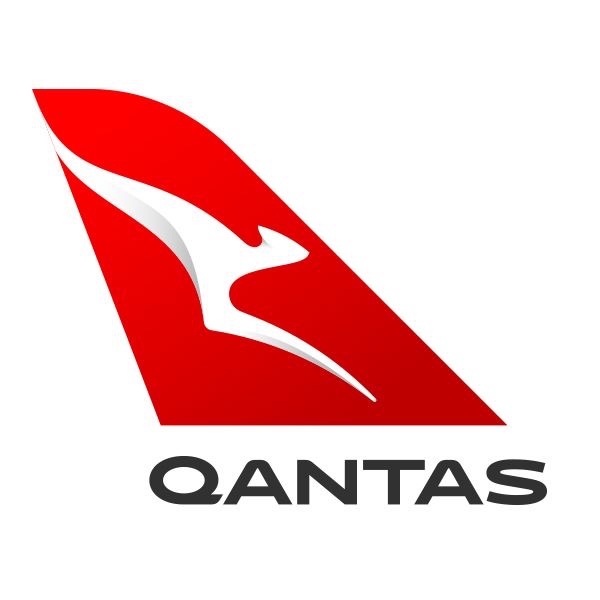 We’ve included some images from the promotional brochure: 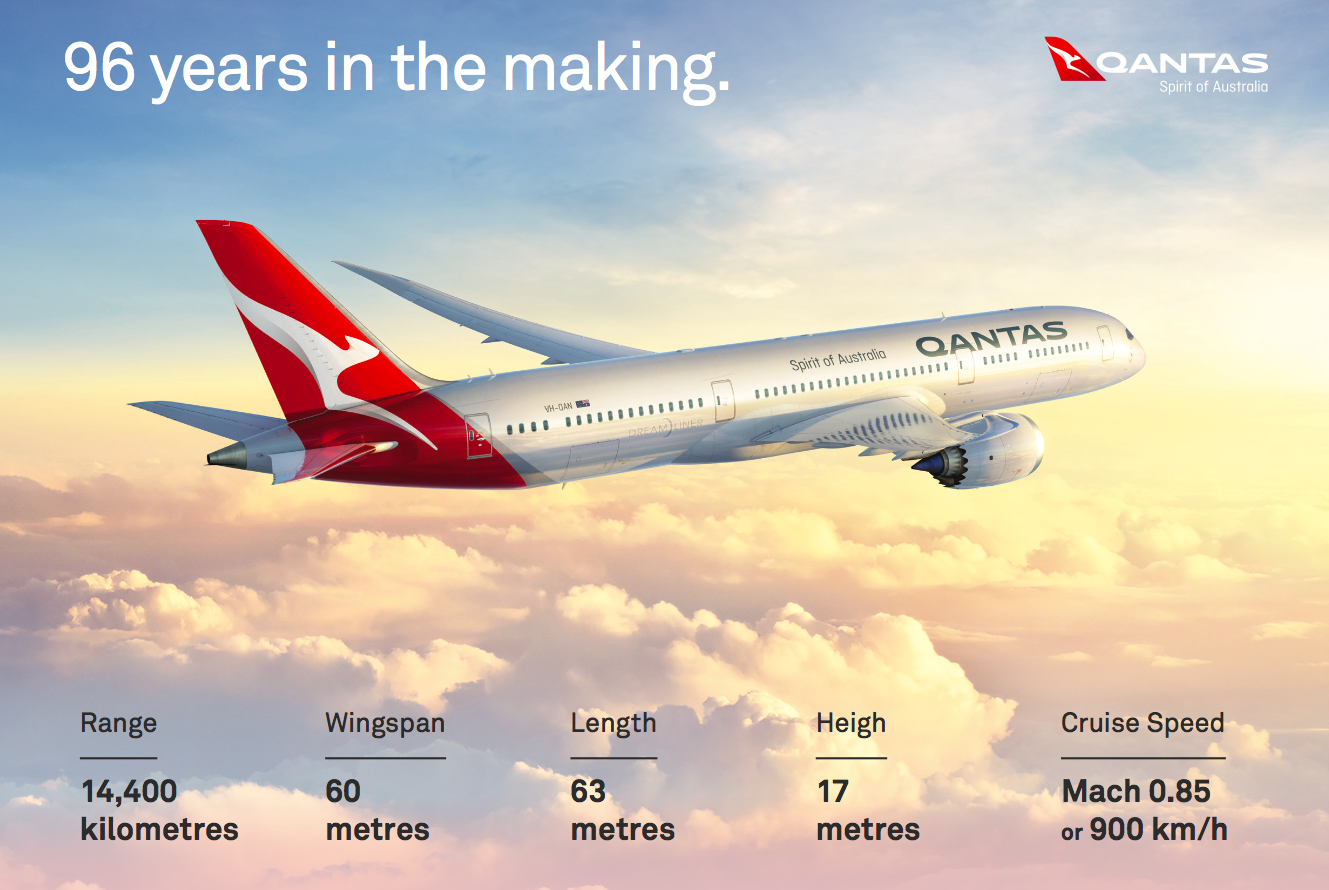 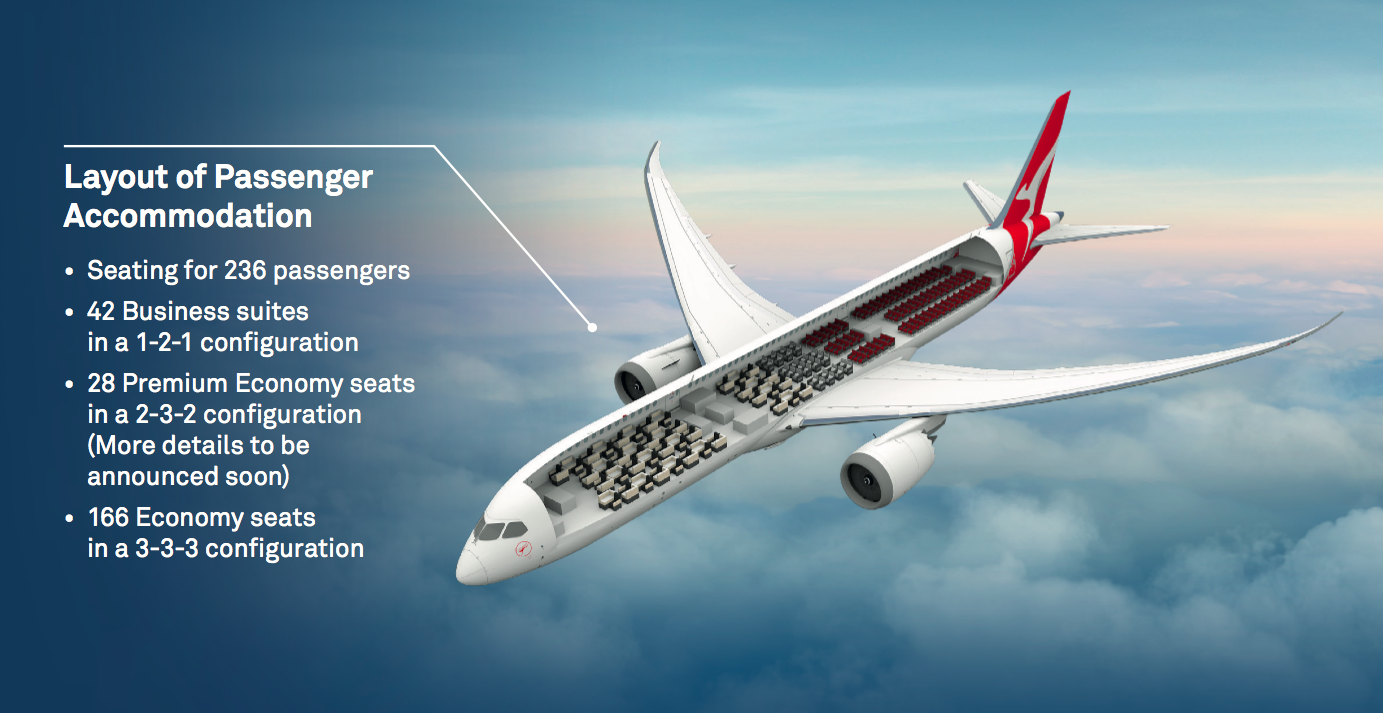 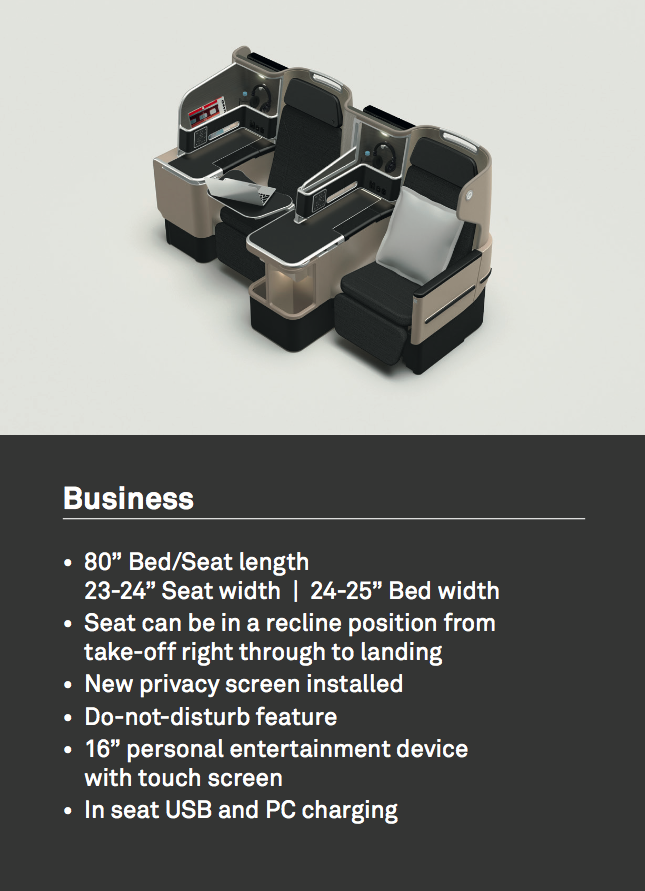 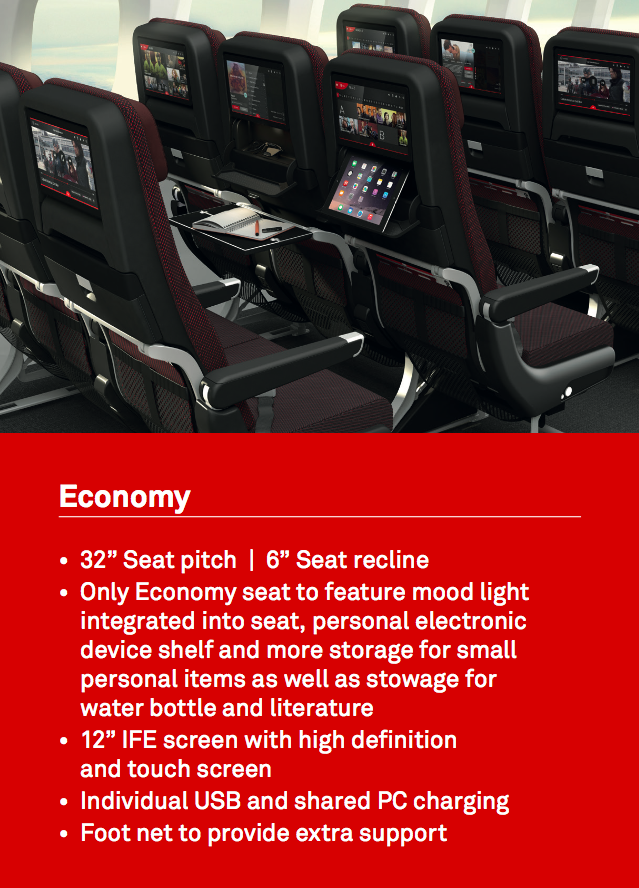